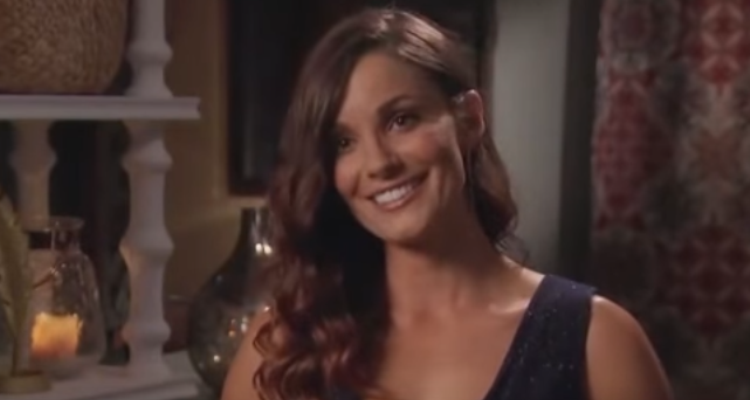 If you’re a fan of The Bachelor, you nee to see this! This is the place to find out everything about Elizabeth “Liz” Sandoz. Her work, her play, Liz Sandoz’s family and more. For all of this, keep reading the article below.

If you are a fan of The Bachelor, you probably thought things were going to get really interesting (and awkward) when Elizabeth “Liz” Sandoz arrived at The Bachelor mansion, and you would have been correct. Liz had a one night stand with Bachelor Nick Viall at a wedding they both attended earlier last year. How is this going to play out? Does Liz have an advantage over everyone else or is she dead in the water? To get you prepared for what’s ahead, we thought we would dig into Liz Sandoz’s background and give you all of the latest information on her. Everything from her siblings to her work to what she does on her time off. We digging up all the info you need on Liz Sandoz from The Bachelor’s family, siblings, her past travels, and more. We’ve found out as much as we could about Liz Sandoz to make your information hunt easier. Let’s begin, shall we?

Liz Sandoz from The Bachelor’s father is named Miles and her mother is named Connie. Liz Sandoz is originally from Nebraska, where she met and became friends with Jade Roper, who was on season 19 of The Bachelor. It was at Jade’s wedding that Liz met and had a one night stand with current Bachelor, Nick Viall. In terms of how many brothers/sisters does Liz from The Bachelor have, it appears that she only has a brother named Brandon. Liz Sandoz’s brother is apparently nicknamed “Zeddy.” As best as we can tell, Liz Sandoz does not have a sister.

To pay the bills, Liz is a doula as well as a life coach. Doulas are non-medical personnel, who assist with the birthing process before, during and after pregnancy. A lot of what a doula does is help with the psychological impact of childbirth. According to her website, Liz’s has a vision for how she works as a life coach. “My vision is to partner with people who are ready to dive deep into life. You see, every journey is different and we each have something to offer the world, something beautiful to create. Whether this creation is a career, a family, a talent, or a hobby, we begin on our path by stepping into our authentic selves, embracing life passionately, and learning to co-create with the people and environment around us.”

As to what Liz does for fun, it can be best summed up in one word. Travel. Liz has traveled the world extensively on her own and as part of the charity, Project Future Life, which helped rebuild and add on to an orphanage in Thailand. Liz has also traveled to Africa and it was after that she decided to become a life coach and help people realize their dreams.

She revealed to ABC.com that her favorite movies are Man on Fire, Brokedown Palace, and Bridesmaids and that she is one of the millions of Justin Bieber fans that roam the Earth. Beauty, a hand in charity work, and a love of the Biebs? This girl could be just what Nick Viall is looking for!

Liz has made it past the first round, but how long will she last on the show? Surprisingly, there’s not much in the way of rumors about Liz and the show, and ABC has kept a tight lid on all the details. There have been very few date sightings, and even fewer rumors about where she ends up. Maybe Nick isn’t ready to give Liz another chance, especially since she declined to take his phone number after their steamy night at Jade’s wedding! Does Liz make it to the final four or does she go home this week? We’ll just have to keep our eyes peeled during tonight’s episode to find out! Tune in to The Bachelor tonight at 8:00 p.m. EST on ABC!