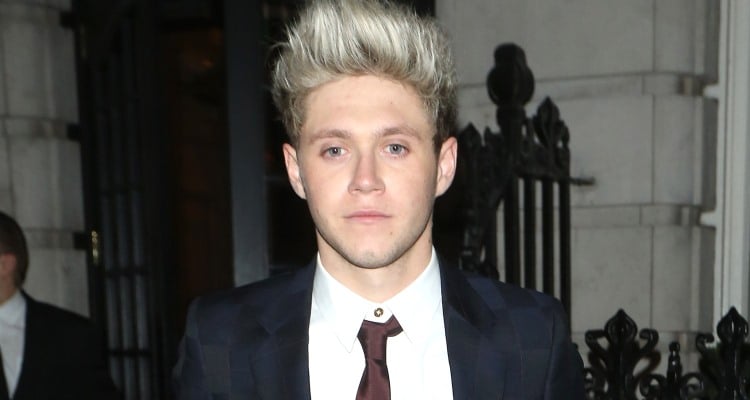 One Direction fans were worried that their favourite British boy group would disband this year. Since Harry Styles, Zayn Malik and Liam Payne all acquired solo contracts, fans were concerned that Louis Tomlinson and Niall Horan were the only ones left who wouldn’t! Harry Styles eased fans’ minds in July when he tweeted about the band’s sixth anniversary, but recent news reveals a fourth member has now been signed to a solo contract. Good news, guys! Niall Horan signed a record deal with Capitol Records USA and is already sharing his solo music with fans! Niall Horan’s new song, “This Town” launched September 29. If you want to hear the “This Town” mp3, or are searching for the “This Town” download, we’ve got the scoop. The “This Town” lyrics have a refreshingly sweet message, too!

Although the band officially includes Niall Horan, Liam Payne, Harry Styles and Louis Tomlinson, Horan’s new solo stint lets his talent really shine. His debut acoustic song entitled, “This Town” is the perfect beginning to his solo career. It was produced by Greg Kurstin (responsible for Sia and Adele) and the lyrics tell a story of a girl who has moved on and leaves Horan in a quiet, jealous sadness. The song was written by the whole team: Horan, Jamie Scott, Daniel Bryer and Mike Needle. According to Billboard, Horan is thoroughly excited about his new opportunity stating, “Thank you to all the One Direction fans for your love and support as always. I’m looking forward to the next part of this journey together.”

Fans can stream “This Town” on Spotify or Apple Music, or download it on iTunes. For a sneak peek, check out Niall Horan’s Instagram, as he has posted previews of the amazing things he’s been working on!

The One That Got Away

Teenagers and nostalgic adults are going to fall in love with Horan’s new single. The lyrics, as previously mentioned, share a touching story that will resonate with many people. It’s relatable to anyone who’s ever been in love and lost it. Check out some of the lyrics here:

“I saw that you moved on with someone new

In the pub that we met he’s got his arms around you / It’s so hard / So Hard / And I want to tell you everything / The words I never got to say the first time around / And I remember everything / From when we were the children playing in this fairground / Wish I was there with you now. . . “

Horan is reaching for the sky with an upcoming collaboration with Shawn Mendes too! Mendes spoke on The Late Late Show September 28 and confirmed that the duo will be working on some new material! That’s exciting news! Since they have the rare opportunity of being in the same city at the same time, Mendes said, “When I get a second I want to write with him a bunch.” There’s no telling how far Horan will go, but with his creative talent and soft, pleasant voice, we have high hopes!