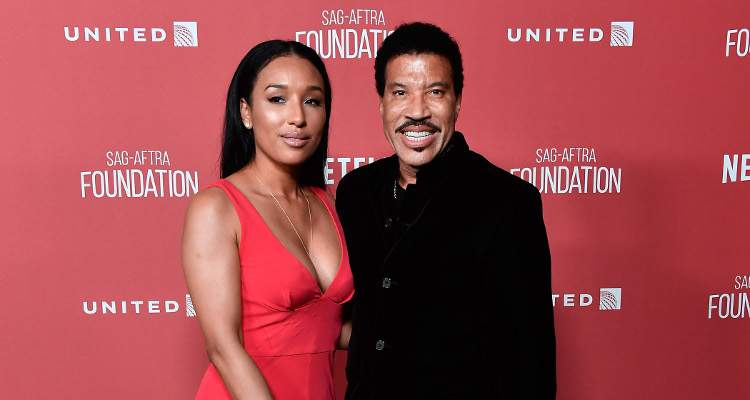 Lisa Parigi is not only singer Lionel Richie’s girlfriend but is also the owner of a lifestyle blog and candle business, too. She is a secure woman who loves what she does and is content to be with Lionel Richie, despite what anyone says! We’ve got everything you need to know about her in our Lisa Parigi wiki.

At the 40th Annual Kennedy Centre Honors, four more artists will be honored, along with Lionel Richie, for their contribution to music and culture. And, we’re sure that he will be a proud man! So, was Lisa Parigi (Lionel Richie’s girlfriend) there to support her hubby on his big night? Get the scoop on this wonderful lady, right here.

Lionel Richie has had two marriages, both of which ended in bitter divorces. Richie has kids from each marriage, and he simply adores them. However, his marriages to his school sweetheart Brenda Harvey Richie, and then to Diane Alexander, both seem to have left him sour.

On the other hand, Lisa Parigi comes across as a woman who feels quite secure in the relationship that she shares with Richie.

In a chat at Richie’s “Still” exhibition with photographer Alan Silfen, Parigi said, “Lionel has been there twice and it was definitely tough for him. I don’t need a ring to validate my relationship with him. What we already have is enough. So many people need marriage to validate a relationship, but I’m not one of them. Lionel doesn’t owe me anything.”

Lisa Parigi was of course by Lionel Richie’s side as he was honored for his incredible work in music and culture at the exciting event. The two posed for pictures on the red carpet and seemed to have an incredible evening, especially as Luke Bryan took the stage and spoke about Richie’s music, before performing a cover of one of Richie’s most iconic hits! Richie looked honored and humbled as Bryan took the crowd by storm with a stellar performance of Richie’s “Running with The Night.”

When Richie is touring the world, the couple has a few tricks to keep them grounded and feel at home. They tend to carry the same candles, pillows, and flowers every time.

“That’s the secret to feeling based,” Parigi revealed.

Lisa Parigi is not only a model, but she’s also an entrepreneur and businesswoman, who has an eye for the finer things in life. Parigi works tirelessly on her photoshoots as a model, has her own candle business called The Estate Collection, and is the brain behind her lifestyle blog, Dream.Design.Discover. She also accompanies the man in her life to all his world tours.

…? the sweet scent of Bergamot is a stimulant that improves blood circulation and hormonal balance, evoking feelings of joy. Eucalyptus’s refreshing, clean aroma has wonderful anti-inflammatory effects and helps open up airways and clear congestion….. Shop in Bio ?

Parigi’s ancestry is Swiss, Chinese, and Carribean. She speaks four languages like a pro, and her mastery over the German, Swiss-German, French, and English languages is known to many. But, she admits that even though she is part Chinese, her expertise in Mandarin and Cantonese-Chinese is not good because she was born and raised in Switzerland.

Lisa Parigi’s Instagram account boasts the pride she takes in herself and the man in her life. The account is filled with cozy pictures of the duo, and Parigi comes across as a woman of finer and cultivated tastes.

Parigi also posts images of lifestyle products that she feels are an extension of her finer sensibilities.