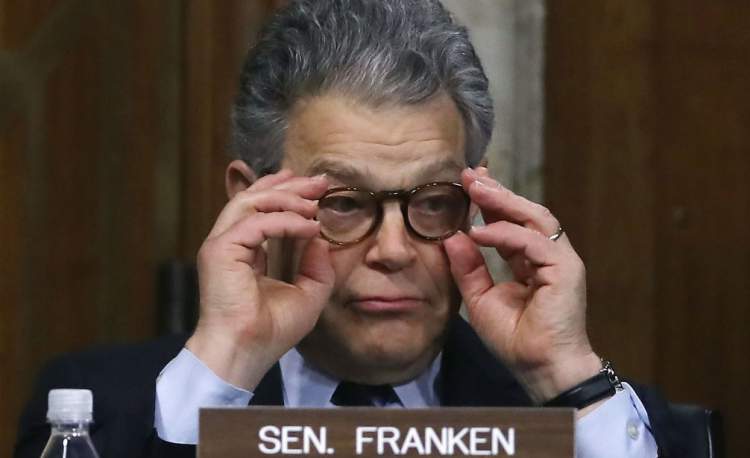 Another Al Franken accuser has come forward with her own harrowing story, after hearing Leeann Tweeden’s story regarding the Senator’s alleged lewd behavior. What happened between Lindsay Menz and Al Franken? For more on this story, here’s everything you need to know with our Lindsay Menz wiki.

Who is Lindsay Menz?

Lindsay Menz’s age is 33 and Lindsay Menz’s husband is Jeremy Menz, who are proud parents of their daughters. Lindsay’s parents are Jodi and Mark Brown, who was a small business owner. Lindsay also has a sister, whom she shared her story with on Facebook. According to her LinkedIn account, Lindsay lives in Minneapolis, Minnesota and is a Learning & Development coordinator at C.H. Robinson Worldwide, Inc. She graduated Prior Lake High School and Texas Bible College. She lives in Frisco, Texas with her family.

You won’t find any of Lindsay Menz’s pics on her Instagram account, because she and her husband’s accounts are privately set. Lindsay Menz’s Twitter is available and it’s where she reached out to Tweeden about her story.

Lindsay’s allegation is the most recent, after Tweeden already revealed the picture where Franken grabbed her. According to Lindsay’s story with CNN, she said that was at a Minnesota State Fair with her father and husband in 2010. Her father sponsored a local radio booth at the time and it was two years after Franken became a senator. Lindsay claimed that Franken grabbed her butt cheek during a photo.

“He reached around her and kind of pulled her into him,” said her husband Jeremy, who didn’t see what happened behind his wife. “He pulled her in and pushed his head against her head. It was over pretty quick.”

Franken denied the allegations but issued an apology to Lindsay for her side of the story.

“I take thousands of photos at the state fair surrounded by hundreds of people, and I certainly don’t remember taking this picture,” Franken said. “I feel badly that Ms. Menz came away from our interaction feeling disrespected.”

Lindsay told her family immediately after the incident, although her father didn’t witness the event personally.

“I felt gross. It’d be like being walking through the mall and some random person grabbing your butt,” Lindsay Menz said. “You just feel gross. Like ew, I want to wash that off of me.”

“I was upset. I wasn’t happy about it in the least,” Jeremy said. “He was already gone and I wasn’t going to confront him. But yeah — I was in shock, really.”

Franken already apologized to Tweeden and is still receiving backlash for his alleged actions. Charges also can’t be pressed regarding Lindsay, because Minnesota statute says, “intentional touching of the clothing covering the immediate area of the buttocks is not considered criminal sexual conduct.”

Lindsay said she wants “to paint my story in the same light as hers,” but believes that what happened to Tweeden was worse.