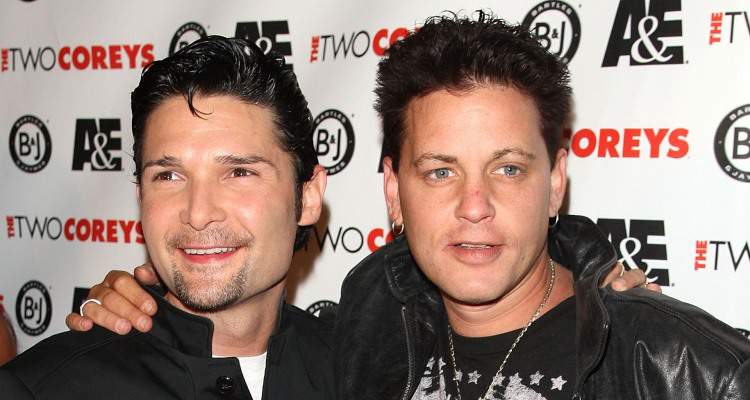 A Tale of Two Coreys (Corey Feldman’s new Lifetime movie) is coming out at just the right time. The recent buzz around sexual assault in Hollywood has made audiences receptive to stories like these. So, ahead of its screening tonight on the Lifetime network, here’s what you need to know about the new movie.

The Lifetime movie, which is premiering tonight, on January 6 at 8:00 p.m. ET, was produced by Corey Feldman and is based on the true story of Corey Feldman and Corey Haim during the ’80s. The movie will be followed by a one-hour special, Corey Feldman: Moment of Truth, at 10:00 p.m., where he will discuss his turbulent life in the spotlight, beginning with his difficult childhood, suicide attempts, years of drug abuse, and his friendship with Michael Jackson. Now, Feldman is working on efforts to end sexual abuse in Hollywood, making the film culturally appropriate and relevant in 2018.

In the special, Feldman reportedly also reveals exclusive details about the loss of his best friend and co-star, Corey Haim, including the last words Haim spoke to Feldman before his death. Feldman also sheds light into the sexual abuse he suffered and endured by powerful men in the film industry, and the death threats he’s begun to receive after coming forward. Feldman leaves nothing in the shadows, exploring the highs and lows of his 40-plus years working in Hollywood.

The purpose of the film is to give viewers a personal look into the abuse he and Haim faced, and Feldman hopes that it will be the beginning of the end of sexual abuse in Hollywood. “Because it is a TV movie they couldn’t go into specifics—like when it came to who Haim’s actual abuser was, we had to sugar coat that and present it in a more TV applicable that way. It’s like putting a G rating on an X-rated storyline. There was a lot of sex and drugs that were a part of the story which obviously you can’t show on television.”

A Tale of Two Coreys Cast

In the film, Feldman will be played by Elijah Marcano and Scott Bosley, and Haim will be played by Justin Ellings and Casey Leach. Feldman and Haim rose to fame after working together on The Lost Boys, and became heartthrobs of Hollywood in the ’80s. They worked on several comedies together, including License to Drive and Dream a Little Dream, and became celebrities in their early teens. Unfortunately, as they rose to fame and fortune, their lives began to spin out of control with partying and drug abuse. The two reportedly suffered through years of sexual abuse at the hands of industry insiders, and their studio offers began to plummet. Feldman sobered up and tried to turn his life around, which led to his marriage and the birth of his son. Haim, supported by Feldman, also turned his life around, and the pair began a new reality series called The Two Coreys. However, the series came to a tragic end when Haim suddenly died from “natural causes” in 2010.

“I’m not going to say it doesn’t affect me at some core level, every once in a while, it does. I feel like I let so much of the hate just roll off my shoulders. I have found a peaceful life,” Feldman said.

Catch the exciting premiere of the controversial flick tonight on Lifetime. But until then, take a look at the A Tale of Two Coreys trailer below!