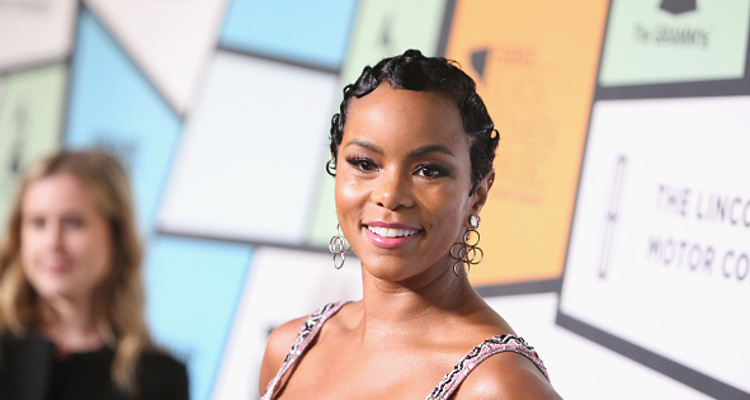 LeToya Luckett is engaged! The songstress showed off her new sparkler earlier today, and the Internet has gone wild! After her brother confirmed the engagement on social media, fans have a million questions surrounding Luckett and her mystery fiancé. Read on to know all about who Letoya Luckett is engaged to!

LeToya Luckett is a singer and actress who just posted a picture of her new engagement ring on Instagram saying, “I said,  Yes yeeeesssss’ on his Burfday!! [sic]” Congratulations are in order for the couple, but who is LeToya Luckett engaged to? Within hours of posting the picture, we still have no clue who the mystery man is. Find out everything you need to know about LeToya’s fiancé right here.

The former Destiny’s Child singer is now happily engaged again, just one year after her divorce and many are wondering who the lucky man is. The Internet was in a frenzy after her brother, Gavin Luckett posted a video of the whole surprise proposal! The guy’s name is Tommicus Walker, a father of one who lives in Dallas, Texas. With Walker on bended knee asking Luckett to be his wife, tears of happiness were shed as everyone cheered when she said “Yes!” However, her history with marriage led many to think she wouldn’t take the plunge again. But it looks like with the right man comes the right kind of love, and the two couldn’t be happier to tie the knot!

LeToya Luckett was with rapper Slim Thug around 2008 but reportedly split because of infidelity. Slim Thug later went on record to confess that he cheated on Luckett and got another woman pregnant.

5 Proven Benefits of Hugging… – Hugging relaxes muscles. Hugs soothe aches by increasing circulation into the soft tissues. – Hugging boost oxytocin levels. When these are up they heal feelings of loneliness, isolation, and anger. – Hugging is a stress reliever. They can create a feeling that someone else is there to help in the face of adversity. – Hugging is therapy. Hugs are a mark of intimacy and strength. They release tension in the body and they can take away pain. – Hugging can make us less susceptible to things like the common cold. They add a boost to our immune system. #HugSomebodyToday | Photo: @tyeal

In 2016, Luckett was married to Rob Hill Sr. but the two divorced only a couple months later. (Doesn’t that beat Kim K.’s marriage to Kris Humphries?) They got married in a private ceremony, but their divorce could not be kept under wraps, and reports of the writer/philanthropist splitting with his new bride were all over the news. TMZ reported that the divorce was cordial, with almost no controversy that might have led to their split.

It looks like everything is back in order in LeToya Luckett’s love life. Sources are suggesting that the man who got down on bended knee to ask for her hand in front of friends and family is Tommicus Walker, an entrepreneur from Arlington, Texas. Some reports claim he works as an analyst for FedEx’s design and implementation department. Walker has allegedly been dating Luckett for some time now and reportedly has a daughter. Though soft spoken in the video of his proposal, it looks like Luckett got her dream come true and has another shot at her happily ever after.

Kisses from my sweet Cadence ☺it brought joy to my heart to see her having so much fun at her surprise Burfday party. TaTa L????VES YOU!!

He reportedly graduated from Missouri State University with a B.B.A, and received his MBA from Dowling College. According to his LinkedIn page, he started working with FedEx in 2007.

Fans are eager for LeToya Luckett to confirm that he is the man who is her fiancé. We all know is that the bling on her finger is blinding, and she is lucky to have it (and whoever gave it to her)!