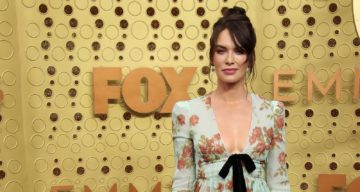 If you’re one of two people in the world who missed the Game of Thrones season six premiere on Sunday night, we feel bad for you. Though fans were left wanting much more than the hour long debut offered, it was still an epic moment that showcased every story from Khaleesi being taken by the Dothraki to Cersei Lannister plotting revenge with her brother/lover Jaime.

Cersei, played by actress Lena Headey, has been a polarizing figure for the entire five seasons, and she looks to remain that way in the coming episodes. Lena Headey movies have seen her play half-villainous, half-righteous characters before. Her role in the 300 movies is probably the ones that stand out the most and which most resemble her character on Game of Thrones.

Cersei has certainly made it clear she is not a woman to be messed with. She is decisive, calculating, and can at times be completely void of any sympathy for anyone outside of her circle of trust. But she’s shown touches of vulnerability. The premier of season six saw her nearly succumb to what she calls is her fate. She needed Jaime to console her, which is odd in itself since she has criticized him so much for his lack of action taking.

Hated or not, she is one of the main reasons why, according to Tech Times, the season six debut set an HBO record for the series with 10.7 million viewers, which includes live streaming from HBO apps. Episode two will be just as anticipated as Game of Thrones producers tend to take their time with story plots.

But there’s a lot to dissect about Cersei Lannister. She’s one of the more complicated characters as her character has undergone power shifts throughout the duration of the series. Here are five must-know facts about Cersei that every Thrones fan needs to know.

Who would’ve guessed it? Not only that, but Headey actually even drunk tweets! Although she confesses her drunken tweets are often regrettable, you have to appreciate someone as famous as she is just letting go of any edited social media decorum.

Although Headey has licked a toad once in her role for a movie called The Brother’s Grimm, she’s very much a vegetarian. She’s done work with PETA in the past and once refused to skin a rabbit in a movie role. They gave her a fake one instead and she got through it!

Tyrion Got Her the GoT Role

In a twist of fantastical irony, it was her hated Game of Thrones brother Tyrion Lannister (Peter Dinklage) who suggested she take the role of Cersei. Though Cersei openly hates Tyrion in the series, Headey and Dinklage have been good friends in real life for years and appeared in at least three other roles together.

She Has a Sex Double

One sure mark of Game of Thrones is the very vivid sex scenes. The series actually tones it down from the book. But what is surprising here is that Cersei is not really Cersei in any of those scenes. Meaning, Headey uses a body double in her sex scenes. That’s an interesting fact considering how many sex scenes she’s had to shoot and with the variety of people.

She’s In Touch with Ghosts

Headey sees ghosts, like real live ghosts—at least that’s what she says. Her supernatural sighting claims begin as a little girl when Headey says she saw a ghost in her home. She also claims to have seen a young girl ghost in a hotel in France. She’s actually been on record as having two more ghost sightings, but we think this is enough spooky talk for the day.