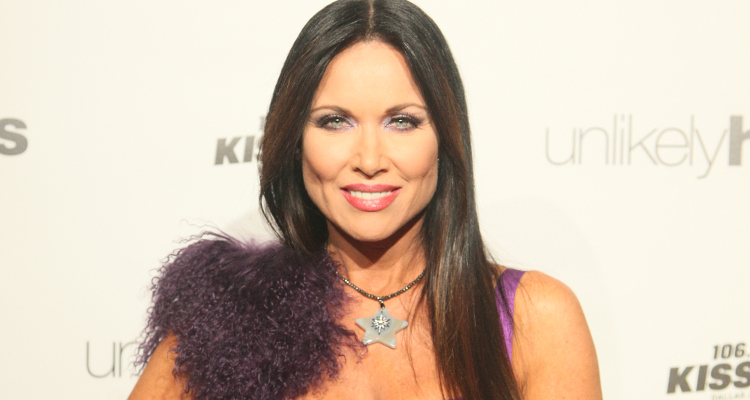 LeeAnne Locken is engaged! She will soon be Mrs. Rich (both figuratively and legitimately), and her new fiancé Rich Emberlin could not have chosen a more exquisite diamond ring to propose with! The Real Housewives of Dallas star is absolutely elated about becoming Emberlin’s wife, and he couldn’t have found a more adorable way to pop the question! With LeeAnne Locken’s net worth of $1.5 million, these two could have the wedding of the century! However, Locken seems to have a different idea for their wedding…

It was a dream come true for The Real Housewives of Dallas star LeeAnne Locken when she got the surprise of her life from her fiancé, Rich Emberlin. While the two were at a local carnival playing games, she popped a balloon and he popped the question! Inside the balloon, Locken found a ginormous diamond ring, and obviously, she said “Yes!”

Keep reading our informative LeeAnne Locken wiki to learn more about this gorgeous soon-to-be wife and how she got to where she is today!

LeeAnne Locken was born on June 7, 1967, in Pasadena, Texas. She was raised by her grandparents, as her mother abandoned her when she was just a child. It was a hard time in Locken’s life.

LeeAnne Locken grew up a “carny kid,” and she expressed how kids at her school would call her a circus freak! The comments used to upset and insult her, but there wasn’t much she could do about it.

In an episode on RHOD, Locken revealed that she was molested by her father’s friend when she was young. And despite her tough childhood, she went to the University of Houston.

Soon afterwards, she moved to Chicago, Illinois, to pursue a modeling career. Locken participated in the Miss USA pageant in 1989 and was one of the top 10 beauties that year. It was then that she finally knew what she wanted in life.

With her traumatic childhood in the past, Locken took her modeling and acting dreams seriously and went on to become an actress. She appeared in the hit movie Miss Congeniality with Sandra Bullock and was seen in Hot Women and Carter High.

But it was The Real Housewives franchise that gave a boost in her career. She took up the reality TV role, and since last year, has been in both the seasons of the show as the main lead.

#wbw Walking in to JUNE with a SMILE on my face & in my heart! Excited for my birth month to get here!! Choosing #gratitude as my #attitude ?? #RHOD #birthmonth #june #junebaby #dallas #realhousewives #livingthedream

She is known for being a loudmouth on the show and often shows the rough side of her personality. But it’s believed that Locken is not actually how she portrays herself on TV!

According to sources, she is a very loving and giving person. She is involved in many charities and events that help raise funds for those in need.

My final change for an Evening of Hope benefiting @aidsoutreach was by one of my FAVORITE #dallas #designer @eseazenabor ❤️❤️ Her designs are simply magnificent! These images are courtesy of @sterlingtsteves ?? #RHOD #charity #lgbtpride #lgbtq #payitforward #ladyinred #fashion #fashionpost #fashionshow #bethecure

LeeAnne Locken is involved with many charitable groups like SPCA Texas, Legacy Counseling, Design Industries Foundation Fighting AIDS, The Fashionistas, and more. Since she has gone through a lot in her life, she is dedicated to giving as much as she can to help young women overcome obstacles, as she knows what it is like to fight them.

LeeAnne Locken has accomplished a lot in her life, and she’s not about to stop now. It is estimated that LeeAnne Locken’s net worth is a sweet $1.5 million, and she deserves every penny of it! She is truly an inspiration to many who are dealing with problems in their own lives. She may have a tough exterior on the show, but this beauty has a true heart of gold!

Thank you to @people for the wonderful #exclusive on my ENGAGEMENT ??❤️ So happy to be able to finally wear my ring!! See the FULL INTERVIEW here- http://bit.ly/2xNqnCI THANK YOU for all of the sweet comments & tweets!!! I love every one of them!!! ????????????? #RHOD #engaged #happygirl #dallas #realhousewivesofdallas #realhousewives #leeanne #leeannelocken #people #exclusive #newsflash #breakingnews #bravo

Now, LeeAnne Locken has finally found love and fans couldn’t be happier for her! Her longtime boyfriend Rich Emberlin proposed to her last September on the TV show, but they’ve kept the secret under wraps until now, as the episode has finally aired! He did it at a place that was very close to Locken’s heart; the Texas State Fair! During the carnival (which Locken attributes a lifetime of great childhood memories), Locken received the best prize she could ever have wished for! During a balloon game, Emberlin hid the ring box and surprised her while she aimed for the prize! She also revealed that he completely nailed it on the ring choice!

Happiest Moment Ever for us on #RHOD! Best carnival prize EVA!!!!! ❤️❤️❤️??? pic.twitter.com/zVx0OqTI0O

She told E! Online “I’ve always said I love a marquise [ring] because I think it makes your fingers look really pretty and long. And then I wanted two hearts, a heart on either side, his heart and my heart. And he nailed it. He knocked it out of the park. It was beyond my wildest dreams!” Though it all happened months ago and Locken managed to hide the fact that she was engaged, it was an amazing episode for fans to watch!

As for wedding plans, many might suspect this Real Housewife will be going all out in extravagance for the wedding of the century, but it’s quite contrary, according to Locken. “I really don’t want a huge wedding. I want something small and intimate. The people who are at the wedding 100 percent believe in this relationship and will have a lot of involvement,” LeeAnne shared with People.