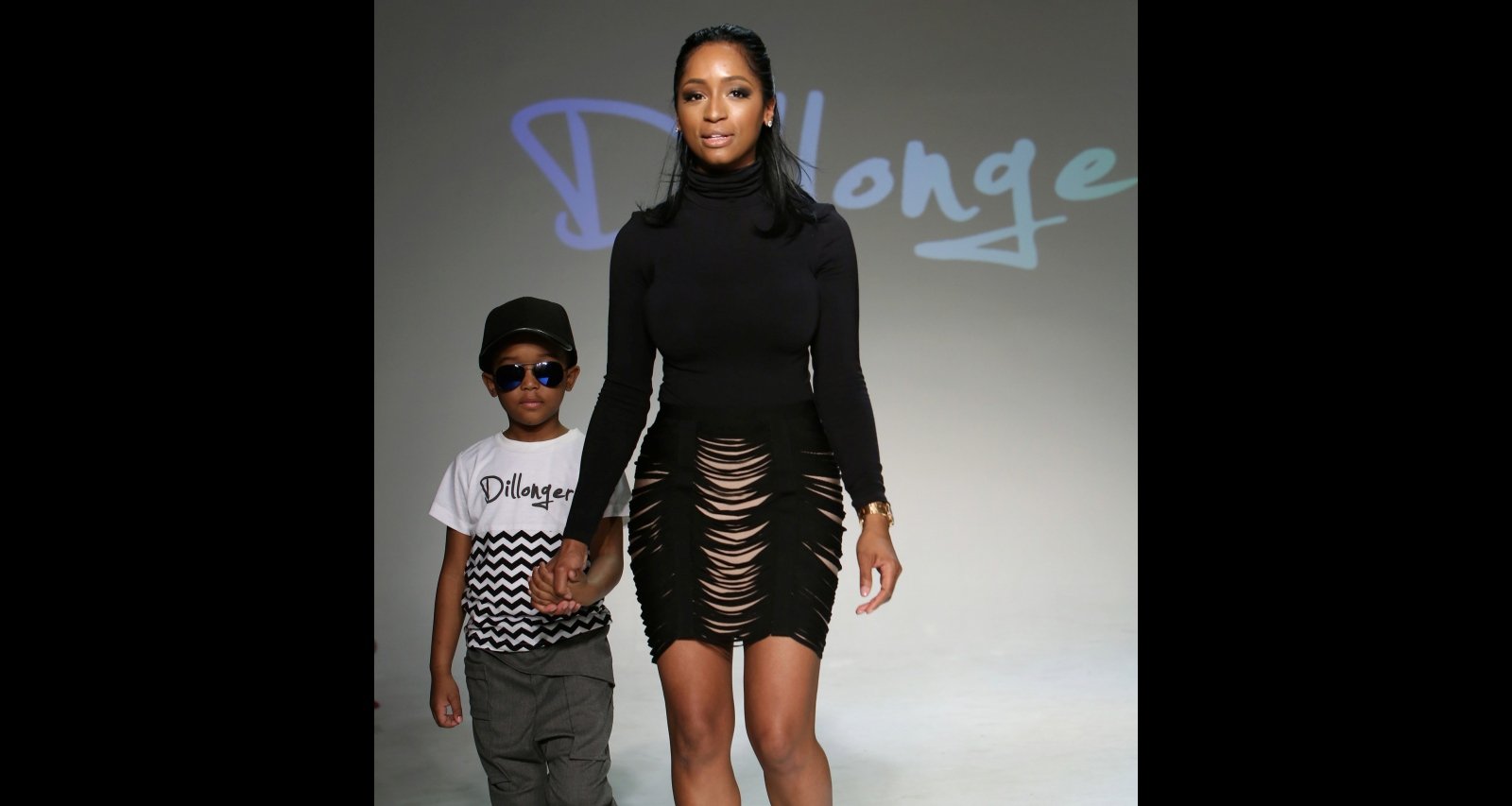 LaToia Fitzgerald walks the runway at the Dillonger show on February 28, 2015 in New York City. (Photo by Monica Schipper/Getty Images for petitePARADE)

NBA player Rajon Rondo has been flaunting his new girlfriend, Latoia Fitzgerald, since 2020, making his fans more curious about her. A fashion icon from her hometown, Fitzgerald had long been noticed thanks to her self-created runway-quality style. But she had been the talk of social media when a video of her apparently hitting a woman surfaced. Since the alleged altercation, there have been more queries about who Rajon Rondo’s girlfriend is. So we answer those in this Latoia Fitzgerald wiki.

Latoia Fitzgerald was born on August 16, 1986. She and her family hail from Philadelphia, Pennsylvania.

Fashion and creativity were a big part of Latoia’s childhood. Her mother, Corinne Baskerville Redmond, was a seamstress and is currently the designer behind the brand Painted Thighs. Her stepfather was a videographer.

Not only did Fitzgerald catch the creative bug, but so did her sister, who goes by Wolfe Leone. She is a pop artist who released her mixtape, Maktub, in 2017, along with other songs.

Fitzgerald was previously married and has a son from her previous relationship. Her son, Dillon, was born on May 8, 2008.

Fitzgerald and Dillon currently live in California where her career is based. Dillon is also the inspiration behind Fitzgerald’s brand.

Fitzgerald had been obsessed with fashion since she was a child and is a self-taught designer. Her mother was the one who taught her how to sew and from then on, Fitzgerald was creating her own designs.

Most recently, Bebe Rexha donned one of her creations, the Lionne Clothing Makeda blazer dress, at the 2020 VMAs.

NBA pro Rajon Rondo has been dating Latoia Fitzgerald since early 2020 at least. He occasionally features on her social media pages.

Like the designer, Rondo is also a parent, to a son, Rajon Jr., and daughter, Ryelle, from his relationship with Ashley Bachelor. They have long since broken up.

Rondo, Fitzgerald, and another woman were reportedly involved in an alleged altercation in July 2020. Rondo was playing with the Atlanta Hawks back then.

In December 2020, the couple was slapped with a lawsuit accusing them of assault and battery, inflicting emotional distress, and conspiracy. The accuser is a woman named Toktam Jorshari.

According to the lawsuit, Rondo and Fitzgerald confronted Jorshari on July 28, 2020 in the parking lot of their Los Angeles apartment complex. The couple allegedly shouted profanities at Jorshari because they thought her car was parked too close to Rondo’s Rolls-Royce SUV. Jorshari claims Rondo had parked in the handicapped spot illegally.

Fitzgerald is accused of physically attacking Jorshari. TMZ posted the surveillance video of the alleged altercation where a woman, apparently Latoia Fitzgerald, is seen hitting and punching another woman identified as Jorshari. The man identified as Rondo, is seen separating the two women.

Jorshari is seeking more than $1.0 million in damages. A lawyer for Rondo countered with Rondo’s injured thumb and Jorshari’s maskless appearance. The status of the case is unknown.