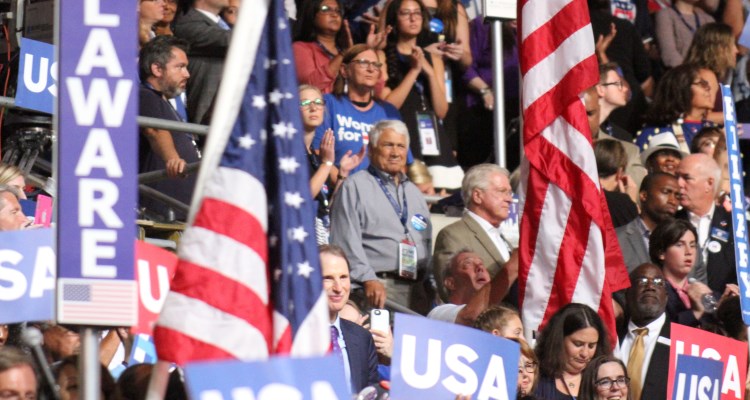 He was Born in the United Arab Emirates

Humayun Saqib Muazzam Khan, 27, was born in the United Arab Emirates as a child but later moved to the United States, where he was raised in Maryland. The San Francisco Chronicle described him as “affable” and “driven.” Although he was born in the United Arab Emirates, he was of Pakistani heritage.  The official press release of his funeral said, “His colleagues and superiors remembered him for his courage, honesty, sense of humor and grace while in the field, even under pressure. Captain Khan’s colleagues eulogized his exemplary services and praised him for the leadership he provided to his troops.”

Enlisting in the Army

Humayun enlisted in the U.S. Army after graduating from the University of Virginia. He planned on going to law school after he enlisted. He was promoted to a captain’s rank and was assigned to an infantry company in Iraq, according to Vocativ.

Captain Khan died on June 8, 2004 in Baquabah, Iraq. He was killed taking 10 steps forward towards a suspicious vehicle. He told the rest of his infantry to step back while he continued to inch forward, knowing what his sacrifice would mean for him. The car exploded, killing Humayun, who saved his men due to his sacrifice. Hillary Clinton recounted the scene of that fateful day and quoted Khazir, who said his son’s sacrifice reassured him that coming to America was not a mistake.

Humayun was posthumously awarded the Purple Heart and Bronze Star for his heroism in Iraq. He was laid to rest in Arlington Cemetery with military honors.

Republican presidential nominee Donald Trump has made his feelings on Muslims clear since the beginning of the presidential race, but last night was Khazir’s moment to defend his son’s honor and set the record straight. Khazir took the stage at last night’s DNC, with his wife by his side, and called trump out by name for his outlandish perceptions of immigrants and Muslims.

“Donald Trump,” he said, “you are asking Americans to trust you with our future. Let me ask you: Have you even read the U.S. Constitution? I will gladly lend you my copy.” He pulled a copy of the Constitution from his pocket. “In this document, look for the words ‘liberty’ and ‘equal protection of law.’” His speech last night opened the eyes of many Americans and more than anything, touched their hearts.
Sources:
https://goo.gl/oBilAz
http://goo.gl/8oIsSA
http://goo.gl/V0SC9v