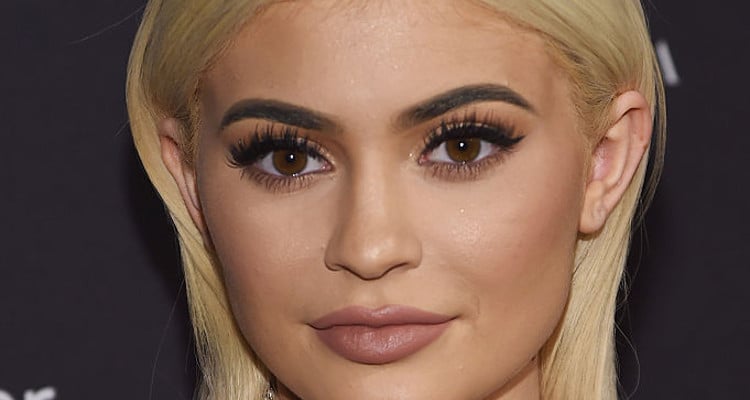 Kylie Jenner and her boyfriend Tyga were vacationing in Mexico as they welcomed 2017. Jenner wore a sexy bikini and Tyga had his hands all over her as the couple relaxed under the hot sun.

The question that everybody was asking on New Year’s Eve was “Where is Kylie Jenner right now?” Needless to say, her boyfriend Tyga was missing as well. Now, news has filtered in that Kylie Jenner was in Mexico during to ring in the new year with Tyga and his son King Cairo. There are pictures of Jenner and Tyga, with Tyga’s hands all over Jenner as they relax in the swimming pool.

Jenner and Tyga were poolside in Casa Aramara, which is a favorite vacation spot of the Kardashians. Located in sunny Punta Mita, Mexico the place is owned by film producer Joe Francis. The 19-year old beauty maven was dressed in a two-piece bikini with a white embroidered trim that showed her dynamite figure. She was wearing a matching choker, and looked sizzling. The tiny swimsuit is an Ellejay design, so it’s no wonder that Tyga couldn’t keep his hands off her!

Lost to the World

Jenner wore long raven black extensions in her hair which she let cascade down her back. After their dip in the pool, both Jenner and Tyga relaxed on sunbeds. Even here Tyga couldn’t keep his wandering hands off of Jenner as she sat by his side. They were oblivious to the people around them as they enjoyed the hot sun on at their vacation spot. This kind of PDA is not new with this couple. On practically every trip they have, Tyga can be seen all over Jenner. It looks like the two are so in love with each other that they are blind to everyone else around them, no matter where they are.

Apple of His Eye

Photographers had a field day clicking pictures of the two having a good time by the pool. The 27-year old rapper was even happier as his son King Cairo was also with him. Tyga’s four year old son is clearly the apple of his eye. Cairo has been spending a lot of time with his father lately, and is loving every second of it. He even has a good relationship with Kylie Jenner, which is great news for Tyga.

Jenner is a bit angry right now. After a “very personal post” about her sex life with Tyga appeared on her app, Jenner has said that she will no longer be “posting personally” on her app and denied any involvement with the controversial post. She tweeted, “Hey guys from now on I won’t be posting personally on my app anymore … a post went up today quoting something that I NEVER EVER said or saw. A very personal post that I would never ever approve. And it’s unfair to me and you to think that those were my words. I’m sorry, and I know we will figure something out so we can all be satisfied Love You.”

Kylie Jenner is quite upset about her personal space being invaded. This is probably why she went on a secret vacation. All we can do is hope that when she comes back, she will once again reach out to her fans. In the meantime, we can enjoy the pictures of Jenner and Tyga kicking back in Mexico.

Obsessed with my new @fashionnova jeans 🍑 Get them at https://t.co/8gtalP8TTW 😍 pic.twitter.com/E2b8tgikJl