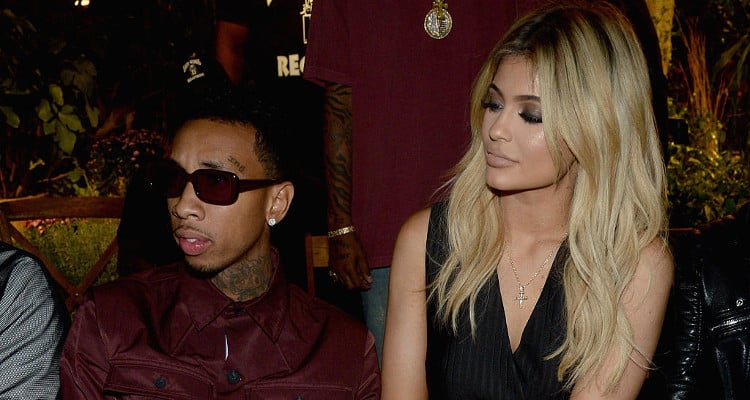 Kylie Jenner is frequently on Snapchat, updating her fans about details of her relationship with Tyga. Another regular face on Kylie’s Snapchat is Tyga’s son, King Cairo.

Kylie Jenner is well known for her social media presence, just like her famous sisters. We know a lot about the 19-year-old entrepreneur and her rapper beau Tyga thanks to her numerous Snapchat stories. Some people find their antics to be a bit much, but others think they’re sweet together. Besides Tyga, another frequent star on Kylie’s Snapchat is Tyga’s son, King Cairo Stevenson.

King Cairo Stevenson is the four-year-old son of Tyga and Blac Chyna, Rob Kardashian’s fiancé. King Cairo spends most of his time with Blac Chyna, who recently gave birth to Dream Kardashian. Since his mother is busy taking care of his new half-sister, King Cairo is spending the holidays with his father and his girlfriend.

Kylie Jenner shared some adorable clips of her Christmas preparations with little King Cairo. The two seem to be having a lot of fun together, giggling while getting everything ready for Christmas.

Two clips show King Cairo running around what looks to be the kitchen in Kylie’s $6.0 million home in Hidden Hills, California. The cute baby-Tyga shouts “Save me” while being chased by a Sriracha-wielding monster (otherwise known as his father Tyga).

These Snapchat clips come one day after Kylie Jenner posted a sweet picture of her planting a smooch on Tyga’s cheek under the large white Christmas tree in her home. That same day, Tyga and Jenner shared several shots together on Snapchat. Lately, Jenner has been sharing adorable Christmas posts on her social media. Her latest Instagram post was a throwback photo of her and her sister, Kendall Jenner, who were all smiles as they posed for pictures on Santa’s lap. These girls were photogenic from the time they were King Cairo’s age.

Kylie Jenner’s followers who have seen her Snapchat videos with King Cairo are gushing over them. Jenner has often shown her love for both Tyga and his son. Since her Christmas videos on Snapchat, her followers think she will be an adorable step-mom. We couldn’t agree more!