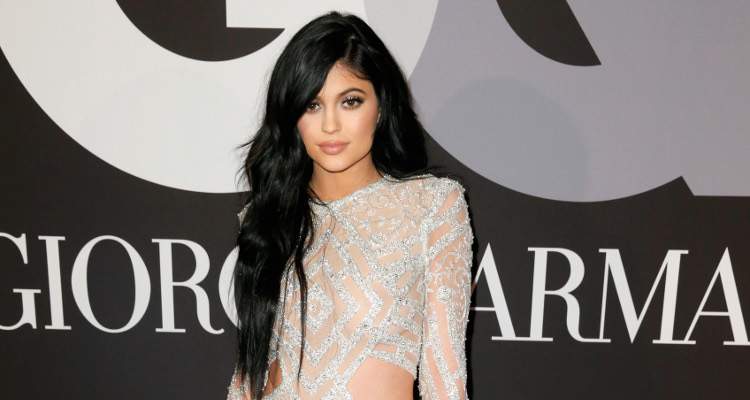 Kylie Jenner was reportedly spotted with a baby bump at Jordyn Woods’ party last September. The viral pics had fans speculating that she was due in December. Since she was mysteriously left out of the Kardashian Christmas card, people were convinced that she already had the baby! We’ll try and get to the truth of the matter here!

Kylie Jenner, pregnant or not, should have known that in the age of Internet, it is almost impossible to hide anything! Jordyn Woods’ birthday party turned out to be one of the biggest moments of the 20-year-old’s year, as fans are still talking about her alleged baby bump! Once paparazzi photos from the party surfaced, nearly everyone had an opinion on Kylie’s pregnancy rumors.

Jordyn Woods’ party was one of the last public outings the reality star had in 2017. During the party, she was reportedly constantly on the phone with Travis Scott, who is now rumored to be her baby daddy, with sources saying she was “distracted” by him. A photo, allegedly from the party, shows Kylie on the phone with her hand over her stomach, thus sparking speculation.

The Story So Far

Kylie Jenner and Travis Scott have been dating since last April, and are said to be expecting a baby girl in February. Though neither star has confirmed the news, it’s seem fans have gone into a frenzy hoping for confirmation soon. The two are reportedly still together, with the rapper being very “affectionate and protective of Kylie.” Further speculation surrounding the possible pregnancy came with the annual “Kardashian Christmas card,” which Kylie was visibly absent from. This started fueling rumors that Kylie was missing because she was actually in labor! Again, no confirmation but fans are eagerly stalking her social media feeds for an update!

The conspiracy theories saying that the reason she was not on the Christmas card was due to the fact that she already gave birth has spawned much debate online and it seems no one knows the truth. Even her sister Khloe (who is pregnant) was a recent guest on Ellen, but she kept tight-lipped on the matter, even when Ellen tried to trick her into giving fans the truth! The Twitteratti has been in overdrive, hoping that Kylie will finally come out and confirm her pregnancy —or at least be spotted somewhere so fans can finally know for sure whether or not she has a real baby bump!