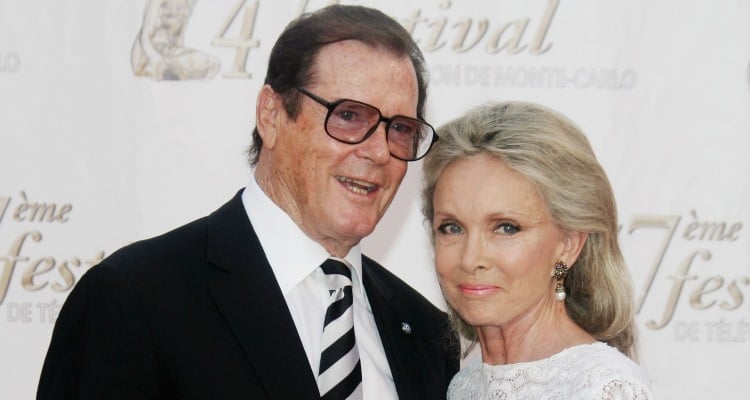 On Tuesday, English actor Roger Moore died at 89 from a battle with cancer. Fans of the late James Bond actor have been curious to know more about him, including information on Roger Moore’s wife. If you want learn more about his beautiful wife, then we’ve got just what you need in our Kristina Tholstrup wiki.

They Lived Next Door to Each Other

Kristina Tholstrup’s age is unknown, but we do know that she and Moore were neighbors in the South of France. The Swedish socialite was a former flight attendant and grew close to Moore when they were both diagnosed with cancer. In the ’90s, Moore was diagnosed with prostate cancer, while Tholstrup was diagnosed with breast cancer.

Moore told Express, “Suddenly I had plenty of time to think about my life and how close I had been to losing it.” She added, “I am ashamed to admit that I was thinking of changing my life completely.”

According to Moore’s book, My Word is My Bond, Tholstrup asked a mutual friend of theirs to pass on a message, that wished Moore well.

“Kristina asked him to pass on her love to me and said she hoped that all would be well, and that I’d have a speedy recovery,” Moore wrote in his book. “I knew that I wouldn’t be seeing her until after spring the following year, when we moved back to St. Paul, and I found myself starting to think about her a lot. She knew what I was going through and, as it happens, was thinking about me a lot.”

In 1993, Moore and his third wife at the time, Italian actress Luisa Mattioli, separated. Shortly after that, he started dating Tholstrup. Reports said that Mattioli and Tholstrup were friends, which later made Mattioli feel betrayed when her ex-husband and Tholstrup started dating. There were also rumors that Tholstrup and Moore were having an affair and that Mattioli gave Moore a hard time for years, before eventually signing the divorce papers.

They were Married at a Private Ceremony

Moore was married three times before Tholstrup, making her his fourth and final wife before his death. He was divorced from skater Doorn Van Steyn in 1953, English singer Dorothy Squires in 1969, and in 2000 from Mattioli, the mother of Roger Moore’s kids Deborah, Geoffrey and Christian.

According to Hello magazine, Moore and Tholstrup got married in 2002 in a private ceremony in Monaco. It was so private that not even Moore’s children were in attendance!

“We support his happiness and if he is happy then I am happy,” Roger’s son Geoffrey told Hello Magazine. “I did not go. There was no family there. He wanted to do it in a low-key way and went off and did it.” 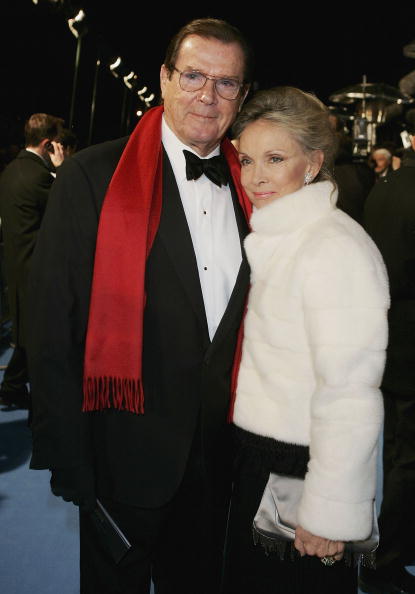 In an interview with the Evening Standard, Moore talked about why his kids weren’t invited.

“Actually, I didn’t invite them,” explained Moore. “Because I didn’t want to put them in a difficult position. They have great loyalty to their mother. But, in the end, I trusted we would all be reconciled, and we are. They now get on with Kristina and accept her importance in my life.”

Kristina Tholstrup’s net worth isn’t verified, but it’s expected that she will inherit a fair portion from Moore’s estate.

Tholstrop’s daughter from a previous marriage was also named Christina Knudsen (with a “C”), but Moore called her Flossie, which also helped with the confusion. Unfortunately, she died at the age of 47 from cancer. Christina was married to an investment banker named Nikolaj Albinus for a year before they divorced. Christina also in a four-year relationship with billionaire Skype co-founder, Janus “Frisky” Friis. Her father, Hans Knudsen, committed suicide after being accused of tax evasion and many years later, her stepfather, Ole Tholstrup, died from alcoholism. She was half Danish and half Swedish and lived in London. She launched a social club called Ochun in 2014, before she dissolved the business.

Christina was well taken care of by Moore and her mother right up until she died. They even lived with her to make sure she had the love and support she needed.