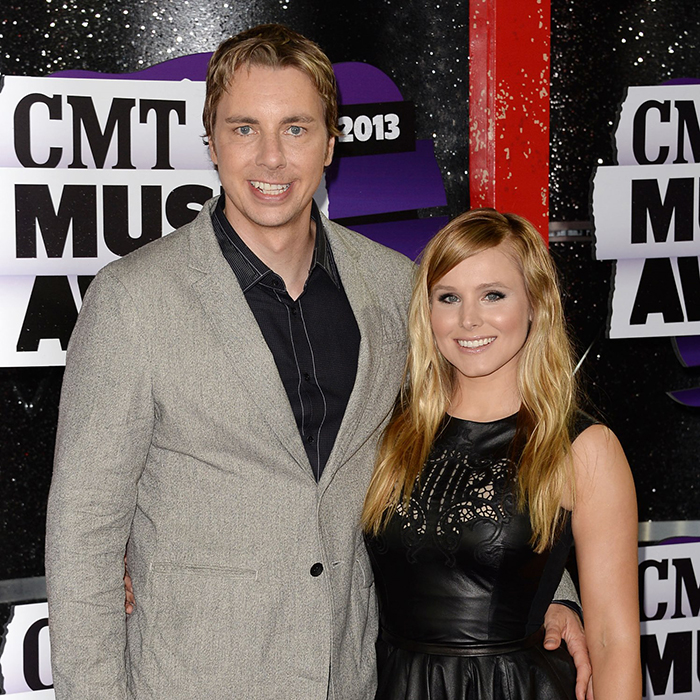 Who says celebrities can’t gush over other celebrities? After all, they’re people too! So it should come as no surprise that actress Kristen Bell harbors such a crush. But what you may be surprised to learn is that her husband, Dax Shepard, shares her infatuation!

If you’ve been following the celebrity couple’s Twitter accounts, you’ll see that one name keeps reoccurring: newsman Keith Morrison. The Dateline NBC correspondent caught Bell and Shepard’s eyes as far back as April, when the man of the house tweeted, “We have been binge watching Dateline. Keith Morrison is a boss. One thought though, just give us ONE episode where it wasn’t the husband.” We can’t say for sure whether it’s been the wife since then, but eight months later and the two are still ga-ga for Morrison, with Bell recently tweeting, “Ive asked for @dateline_keith in my stocking & im hoping Captian Kringle gets off his applebottom & makes it happen! [sic]”

Ive asked for @dateline_keith in my stocking & im hoping Captian Kringle gets off his applebottom & makes it happen! https://t.co/mExFgwaOZl

Bell’s tweet is in response to one from Keith Morrison’s coworkers at Dateline NBC, who have joined in on the joke (or is it?). The news program’s Twitter handle wrote, “@IMKristenBell @daxshepard1 In case you and @dateline_keith don’t get together over the holidays, scheduling-wise,” and then followed with a link to a video of Morrison reading Dr. Seuss’ classic book,  How the Grinch Stole Christmas!

Thankfully, Morrison doesn’t find any of this creepy and is willing to play along with the couple. Back in September, Bell tweeted the Dateline personality about why he won’t “hang out” with them when they “hang out” with him every night. And Morrison’s response was priceless: “Haven’t you wondered who that weird old guy is…the one over here in the bushes? How close can I get??” It’s no wonder Kristen Bell and Dax Shepard like this guy so much!