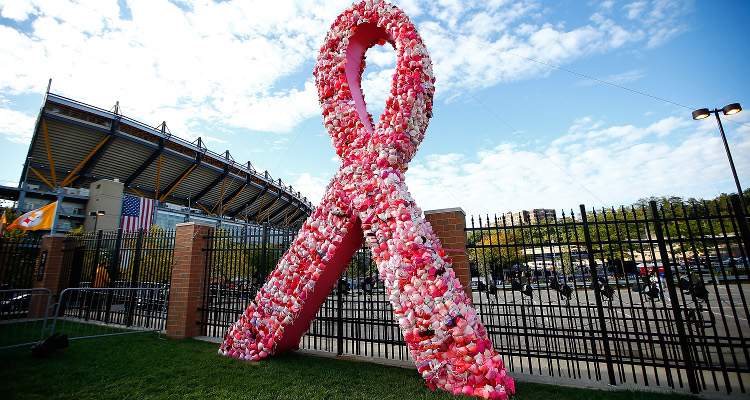 The State of the Union address witnessed many lawmakers wearing a purple ribbon to raise awareness to the opioid crisis. But many unfamiliar with the purple ribbon are also unaware of the representation of other ribbons. It’s not uncommon for people to wonder what certain ribbons represent and why people wear them. How many awareness ribbon colors can you recognize? Did you know there is even a zebra printed awareness ribbon? Here are six awareness ribbons you need to know about!

In a day and age where people believe in some form of physical representation, awareness ribbons and bands have become a staple form of the message. While the concept began in the middle ages, modern times have made the symbol more famous. The purple ribbon worn by the Congress during Trump’s SOTU address represented the addiction and deaths that opioid drugs caused. Find out more about such awareness ribbon colors and their causes.

While most of us are familiar with the pink ribbon and its breast cancer representation, did you know it started out as a peach colored ribbon?

The concept was introduced by Charlotte Haley, who battled breast cancer. She took it upon herself to give out cards with the ribbon attached, to spread awareness about the disease back in the ’90s.

Self Magazine’s Alexandra Penney saw the concept and put up a spread in the magazine. But, due to legal reasons, peach was converted to pink, and the rest is history.

We all know red ribbons support AIDS/HIV, but did you know across American schools, a red ribbon is also worn for substance-abuse awareness? Back in 1986, the color represented Mothers Against Drunk Driving (MADD).

While different countries have different ways to use the ribbon, red is most known for AIDS/HIV worldwide.

In 1996, Electronic Frontier Foundation introduced the color as a protest to Internet censorship.

The blue ribbon is also a symbol of high quality in many places.

The purple colored ribbon stands for the opioid epidemic and its awareness. Most recently, it was worn by the politicians who attended the State of the Union address on Tuesday, January 30, 2018.

The ribbon also widely represents all cancers and cancer survivors, and has been in use for quite some time now.

But it looks like a lavender ribbon is more representative for cancer, compared to the deep purple lawmakers wore.

If you’ve ever spotted a zebra print on an awareness ribbon and did not know what it represents, then it’s used for rare-disease awareness.

The print on the ribbon is supposed to distinguish it from all other block ribbons, as it supports a cause as distinguishing.

Though the rarity of the disease in question might vary from country to country, the ribbon represents rare diseases as a whole.

This interesting ribbon is used to commemorate World War II in post-Soviet countries. Russia uses the striped combination in the military and it’s also known as the “Ribbon of Saint George.”

The unique ribbon is certainly not as popularly used as the others, but in case you see a combination ribbon the next time, you know what it means!