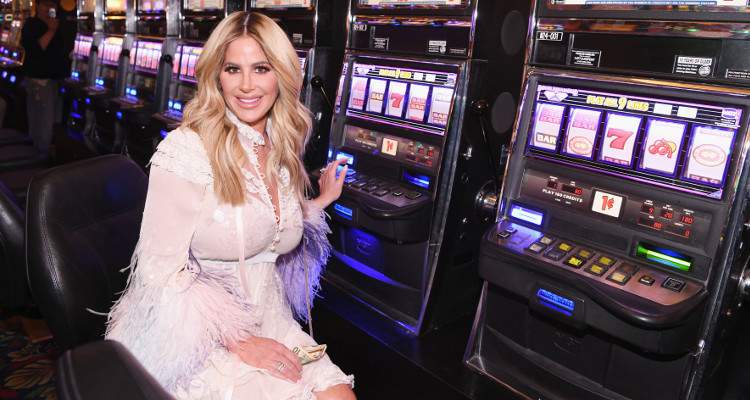 Last week, Shereé Whitfield teased about something “juicy” happening on The Real Housewives of Atlanta —and juicy it was! Kim Zolciak and Kandi Burruss made Twitter their battlefield after some explosive claims flew during last night’s (January 14) episode.

There’s nothing better than some Real Housewives drama to start off the week, and it looks like Kim Zolciak and Kandi Burruss are far from done. Zolciak made her return on last night’s episode of The Real Housewives of Atlanta as a recurring castmate since leaving the show in season 5. Now, you didn’t think that her grand return would be without drama, did you?

Not only did she get into a shouting match with Kenya Moore, and ruffle NeNe Leakes’ feathers, but her scandalous claims about Kandi Burruss resulted in a Twitter feud.

Get the scoop on the latest RHOA drama right here.

Making up for Lost Time

Since stepping out of RHOA in season 5, Kim Zolciak-Biermann came out with guns blazing on last night’s episode. Even if she hasn’t been on the show for a long time, she hasn’t forgotten how to be the resident troublemaker. She got in Kenya Moore’s face, annoyed an energy reader (courtesy of NeNe Leakes), and accused Leakes of using drugs.

It all started with a dinner she had with Shereé Whitfield. They began talking about the season 9 reunion special where Zolciak was a guest. Phaedra Parks got the boot from RHOA for fueling false date rape rumors between Kandi Burruss and Porsha Williams. Zolciak took this opportunity to dish the dirt she’s got on Burruss.

As we picked our jaws off the floor following Zolciak’s statement, one person watching last night was obviously furious! Kandi Burruss, who might have learned about Williams and Zolciak’s conversation for the first time, was obviously bristled by her claim.

Burruss took to Twitter while the show was on to take on Zolciak in an expletive-laden rant.

I’m sick of these bitches lying on me. @KimZolciak I have NEVER wanted you or your box. And stop swearing on your kids while you’re telling lies. Lying ass bitch. Somebody’s really reaching for a permanent peach here… This is my house. You’re just a visitor!

“I’m sick of these b*****s lying on me,” Burruss tweeted, which quickly escalated. “@KimZolciak I have NEVER wanted you or your box. And stop swearing on your kids while you’re telling lies. Lying a** b***h. Somebody’s really reaching for a permanent peach here… This is my house. You’re just a visitor!”

It didn’t take long for Zolciak to clap back on Twitter: “If anybody is lying it’s you @Kandi You and your husband are full on swingers f*****g all kinds of girls and can NEVER admit it. And b***h if it weren’t for me there would be no house. Remember I built this house!”

The two have a pretty turbulent history together, even though they started season 1 of RHOA as best friends. But things went downhill when Burruss filed a lawsuit against her former best friend regarding Zolciak’s single, “Tardy to the Party.” Burruss co-wrote the song and sued for infringement.

Their friendship further fell apart after “Baby-Name-Gate,” where they feuded over who has claim over the name Kash. Zolciak and her husband, Kroy Biermann, named their son, Kash Kade at that time.

If anybody is lying it’s you @Kandi You and your husband are full on swingers fucking all kinds of girls and can NEVER admit it. And bitch if it weren’t for me there would be no house. Remember I built this house!” ?

Zolciak is retweeting posts that apparently throw subtle shade at Burruss and Leakes, including Khloe Kardashian’s tweet, “Paybacks a b***h. [sic]” Kardashian is completely unrelated to this feud by the way. Burruss, on the other hand, hasn’t responded to Zolciak after her rant.

Zolciak promised that she’s going to be at the reunion and we expect sparks to fly when these two friends-turned-enemies come face to face. For now, we’ll just have to wait and see what else Kim Zolciak has in store for us on The Real Housewives of Atlanta Sunday nights at 8:00 p.m. EST on Bravo.