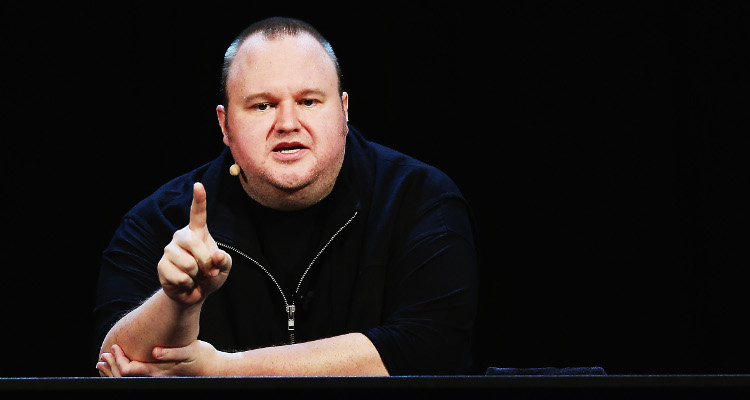 German-Finnish Internet entrepreneur, Kim Dotcom is in the limelight because of the recently released thriller/biopic, Kim Dotcom: Caught in the Web. If you want to know who Kim Dotcom is, and learn more about his $1.0 million net worth, take a look at our Kim Dotcom wiki.

Born Kim Schmitz on January 21, 1974, in Kiel, West Germany, Kim Dotcom’s age is 43. His mother, Anneli Miettinen, was Finnish and his father was German. In 2005, while living in Hong Kong, Kim changed his surname from Schmitz to Dotcom as an homage to the stock market bubble that helped him become a millionaire.

Kim Dotcom and his wife Mona Verga met in November 2007 in Manila. At the time, Verga was 19 and was with a friend at a club. Though already dating someone, Dotcom sent his PA to call Mona over and join their group for a drink. She declined his offer, but when the PA asked her to come say hello, she agreed.

They dated for two years and got married on July 10, 2009. “I’ve always been a playboy. I’ve always had a lot of girls, a lot of fun and I didn’t care too much about having a relationship. I just wanted to have fun,” Dotcom said about their relationship. “When I met Mona, all of that changed.” He added, “I’ve not betrayed her once and I can’t say that of any other relationship I have had. I would never do it because I really found my soulmate and the love of my life.”

Dotcom has five children: Kylee, Kimmo, Keera, Kaylo, and Kobi. Mona gave birth to twin girls, Kylee and Keera just one month after he was released from Mt. Eden Prison on bail. But their marriage came to an end in 2014, and Dotcom tweeted their separation. Earlier this year, it was revealed that Dotcom was engaged to Elizabeth Donnelly, whom he was dating since February 2016.

Kim Dotcom’s net worth is estimated to be $1.0 million. He is the founder of Megaupload and Mega, which earned him a ton of money. But in 2012, Megaupload was shut down by the U.S. government for piracy. A year later, Dotcom launched Mega, a cloud storage service that uses encryption to protect its users from the government invading their privacy. Things took a turn in November 2014 when Dotcom revealed that he was “officially broke” after losing his assets in a copyright case estimated to cost him well over $10.0 million.

On August 22, 2017, Kim Dotcom: Caught in the Web, directed by Annie Goldso was released. The official synopsis of the Kim Dotcom movie reads: “The larger-than-life story of Kim Dotcom, the ‘most wanted man online,’ is extraordinary enough, but the battle between Dotcom and the U.S. government and entertainment industry, being fought in New Zealand, is one that goes to the heart of ownership, privacy and piracy in the digital age. Three years in the making, this independent film chronicles a spectacular moment in global online history, dubbed the ‘largest copyright case’ ever and the truth about what happened.”

Everything went down hill for Dotcom at the beginning of 2012, when his mansion in New Zealand was raided by police. It was reported that at least two helicopters and 76 officers searched through his property. Dotcom and three of his associates were arrested. Approximately $17.0 million in assets were seized, including big screen TVs, 18 luxury cars, and valuable art pieces. Additionally, the $175.0 million in Dotcom’s bank account became inaccessible.

Dotcom faced charges of money laundering, criminal copyright infringement, wire fraud, and racketeering by the U.S. Department of Justice. He denied the charges and, on February 2017, a New Zealand court decided that Dotcom and his associates would be extradited to the U.S. on fraud charges connected to Megaupload.