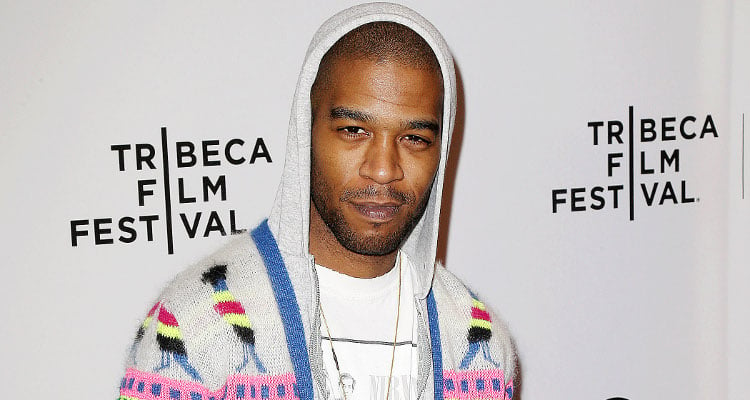 You may or may not have heard songs like, “Just What I Am” and “Day ‘n’ Nite” by Kid Cudi, but the singer is making sure he’s heard. Recently, the multi-talented musician ranted in a series of tweets about ghostwriters and loyalty, directed to his former mentors, Kanye West and rapper, Drake. For those wondering, what did Kid Cudi, Kanye and Drake say about each other, you’ve come to the right place. We’ve got those answers plus information on Kid Cudi’s net worth, his past drug addiction and his career.

As an established rapper, singer, songwriter, record producer, guitarist, music video director and film score composer, it’s no surprise the 32-year-old is already worth $5 million in a career-span of 8 years. His sudden rise to fame drove him to alcohol and drugs. In 2010, he revealed in an interview to Billboard that he has been drug-free for two years. Cudi cleaned up his act for the sake of his newborn daughter and because he couldn’t take the negative association of his name to the drug culture. In 2013, he also battled with depression and suicide, after a failed relationship. He channeled the drugs and depression to make Indie Rock music, but sobered up when his daughter was born.

When Cudi moved to New York to pursue his music career, he found a job at a BAPE store to make ends meet. There, he met his future mentor, Kanye West, when he forgot to remove the anti-theft device on the article of clothing West had purchased. Cudi had to chase Kanye down to get the security sensor removed. Years later, Kanye heard Cudi’s mix tape through his manager and subsequently signed the struggling artist to his record label GOOD Music. Cudi left the label in 2015 and since, it appears that all is not well between him and his former mentor. In a series of tweets lasting about an an hour, Cudi took a jab at artists lavishing in the glory of hit songs written by ghostwriters.

Everyone thinks they’re soooo great. Talkin top 5 and be having 30 people write songs for them.

There was no mention of West or Drake, but anyone could tell it was in reference to them, especially with Drake recently embroiled in some serious ghostwriting controversy. He later clarified that his tweets appled to exactly who he was insinuating, and he even dropped Drake’s name.

My tweets apply to who they apply. Ye, Drake, whoever. These niggas dont give a fuck about me. And they aint fuckin with me.

We know Kanye wouldn’t be Kanye if he didn’t retort to this tirade against him in his usual Kanye style. Naturally, he took to the concert stage during his Saint Pablo tour on Wednesday night to take out his anger regarding his former protege’s tweeting spree. During his song “Don’t Like” Kanye lashed out at Kid Cudi saying, “I birthed you” and “Do you know how many people wish they could be signed to G.O.O.D. music, get their life changed, have an opportunity?” West also said Cudi’s reaction is a result of West and Drake working together, and that he was hurt and disrespected by Cudi.

Drake, too, was not one to take things lying down. At his Summer Sixteen show the same day, Drake was more creative in retorting to Cudi. “Boy, you getting way too high, you need to ‘Cud’ it,” he said playing on the word ‘Cut’ and Cudi’s nickname. Cudi hasn’t responded to subjects of his rant.

We already know how Cudi, born Scott Ramon Seguro Mescudi, moved to New York and encountered Kanye West. But after the incident at BAPE, Cudi was fired and his Uncle threw him out of his house. The pent-up frustration towards his uncle led him to pen down his debut single, “Day ‘n’ Nite”. His 2008 mixtape, A Kid named Cudi caught Kanye’s attention and he signed the rookie raper. According to Cudi, he played his song at Kanye’s release party for “Stronger” and earned a nod of approval from West. Through Kanye, Cudi had collaborated with hip-hop mogul, Jay-Z in The Blueprint 3. Rolling Stone, Vibe, and BBC News among many, promoted Cudi as an artist to watch for. Since his debut, Kid Cudi has sold over 5.2 million digital singles.

He was born in Ohio and is of African-Mexican descent. His mother was a choir teacher, while his father, a World War II veteran, worked as house-painter and substitute teacher. He has two brothers and a sister, all older than him. His father passed away when was 11-years-old and Cudi consequently suffered from night terrors. His daughter, Vada Wamwene Mescudi, was born in 2010 and it was revealed that the singer was engaged in a silent custody battle with the Vada’s mother. In the end, he had to give up custody rights, owing to his violent tendencies and past drug problem. However, Cudi managed to get sober and now shares custody of his daughter.

After his father passed away, Cudi was expelled from his school after he threatened to punch the principal. He did earn his GED, but also gained a criminal record. He studied film at the University of Toledo, where he had many run-ins with the law. He dropped out after a year to join the U.S. Navy. Sadly, he was turned away because of his juvenile criminal record.