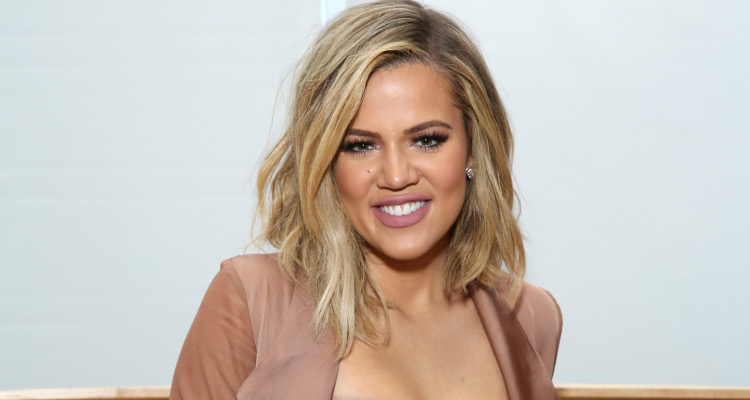 Khloe Kardashian looked better than ever as she stepped out on Tuesday in L.A. Khloe Kardashian wore a black vest top, paired up with super skinny black jeans. Her physique looked amazing and toned; after all, these are the results of working hard to stay fit.

She completed her entire look by wearing Christian Louboutin leopard-print heels and later on wore fluffy black sliders. She wore this outfit when she came to Agoura Hills in California to film Keeping Up With the Kardashians. Khloe Kardashian pics stand as a proof of her ever-changing hairstyle. She recently cut her long tresses and looks amazing with short locks too. Additionally, on the back of jeans, her name is engraved with a kiss.

Maybe the jeans she is wearing are from the Khloe Kardashian new denim line. That’s correct, you read it right: Khloe is planning to launch her new denim line. This is not the first time that the Kardashian sisters are testing waters with a clothing line; they even had their clothing store is known as D.A.S.H. Khloe even announced her decision to start her denim line on Instagram. She posted a picture on Instagram with a caption that said, “I’m looking for beautiful, powerful women to star with me in a campaign for my new denim brand! Details at theGAproject.com. [sic]”

I’m looking for beautiful, powerful women to star with me in a campaign for my new denim brand! Details at theGAproject.com

The launch of the Khloe Kardashian new denim line is still under covers as she is still searching for women to participate in her campaign. Khloe has dropped 40 pounds since last year, especially after her split with her estranged husband Lamar Odom.

After her split, she decided to take the healthy way to get over her separation. She started going to the gym and started working out with Kourtney by hiring a personal trainer. Also, she changed her diet and included more healthy meals. Well, the efforts and determination are clearly visible as she looks gorgeous in the outfit.

She said, “I feel so good in the gym that it affects the rest of my day. It’s a healthy addiction. It’s like buying your sanity.” Lately, Khloe has been under a lot of stress due to Lamar Odom’s addiction problem.

On July 12, Lamar was kicked out after throwing up on an airplane, and when we reacted, Khloe received criticism as well support from her fans. However, by starting her own denim line, she is indeed planning to concentrate on positive things in her life.