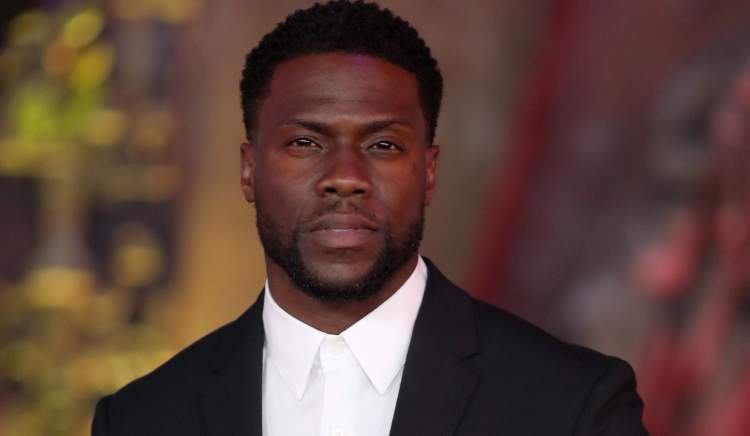 Comedian Kevin Hart has been making headlines after his entourage of bodyguards got into it with security outside of a Quebec strip club. Spectators obviously got videos of the altercation and they clearly show Hart snatching a man’s cell phone (because he was recording) and then hurling it into the air, obviously breaking it. Several reports claimed that Hart was thrown out of the venue. He also reportedly ditched his bill, which is why in the video an angry waitress is seen rushing after him to pay up.

To try and clear his name, Hart took to Twitter to address what went down outside that club. Although he clarified what happened, he didn’t deny throwing the phone. “People try to make a story out of anything….I threw the guys cell phone because he was being disrespectful… [sic],” wrote Hart, adding in a follow-up tweet that the reports of him getting kicked out weren’t true—Hart claims his group was already getting ready to leave, but because of “commotion,” they decided to make a prompt exit.

In a third tweet, Hart brought back his signature humor to the whole incident, writing, “Lmao I’m really mad that my little ass didn’t throw it further…my arms & chest were sore as hell from my workout so my throw wasn’t shit.” (The owner of the phone might beg to differ.) In a fourth tweet, Hart poked fun at his short stature and finished with the simple hashtag, “LittleManProblems.”

It turns out the incident has been made out to be bigger than it really was. The club’s owner and management have since assured the media that Hart did nothing wrong and that it all stemmed from a big misunderstanding, adding that the unpaid bill will be taken care of in due time.

Hart has been in Canada for his “What Now” comedy tour. His next stop will be November 17 in Saskatoon, Saskatchewan.