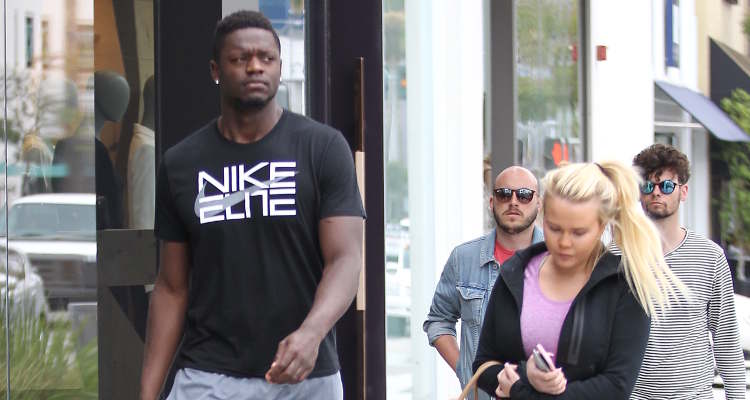 So so sad that I’m missing the @kentuckyderby for one of the first years of my life???? hope everyone has a great time????????

Randle proposed to Shaw on Monday when the couple was vacationing in Greece. Spoiler alert: she said yes, and the congratulatory messages have been pouring in ever since! Kendra Shaw and Julius Randle had been dating for a long time and met during Randle’s 2013-2014 lone season in Kentucky (where Shaw is from), and the two have been together since. The couple quickly shared their big news on all social media, including a short video of the engagement ring on the Kendra Shaw Instagram account. And by the looks of the ring, it wasn’t cheap either.

Shaw is the oldest of three siblings. She has a younger brother and sister, whom she loves very much. She can be seen on Instagram spending a lot of time with her brother, who plays high school football. Though we don’t have a name for you, what we can tell you is that the two seemed very close while having dinner and playing golf. Also recalled on the Kendra Shaw Instagram account, she recalled when her baby sister Raegan was born seven years ago. She had to leave her sophomore Spanish class to get to the hospital to meet her newest sibling. Siblings aren’t always so close, but that isn’t the case for Shaw.

Stereotypically, if guys collect cars then girls are known for collecting bags. Though it’s unclear how far her bag collection goes, Shaw has been seen with designer bags including: Givenchy, Celine, and Louis Vuitton. It’s obvious that the girl has style and enjoys some of the finer things in life.

With her fiancé playing forward for the Lakers, it’s no surprise that she’s a Lakers fan and can often be seen front row, cheering on her favorite player. According to the Kendra Shaw Instagram, she even got custom-made necklaces of Randle’s jersey number (30). She used the jewelry store Jason of Beverley Hills the same custom-made jewelry store that designed her engagement ring.

My official headshot for Miss California USA! Thank you so much @shanabeverlyhills for your amazing work with this shoot! And also @makeupbymaskara for the stunning hair and make up! @crowndivaboutique can’t wait????????✨

The 23-year-old Kentucky native attended the University of Kentucky where she studied fashion merchandising. She also spent her time studying at the famous Fashion Institute of Design & Merchandising in Los Angeles after Randle was drafted by the Lakers.