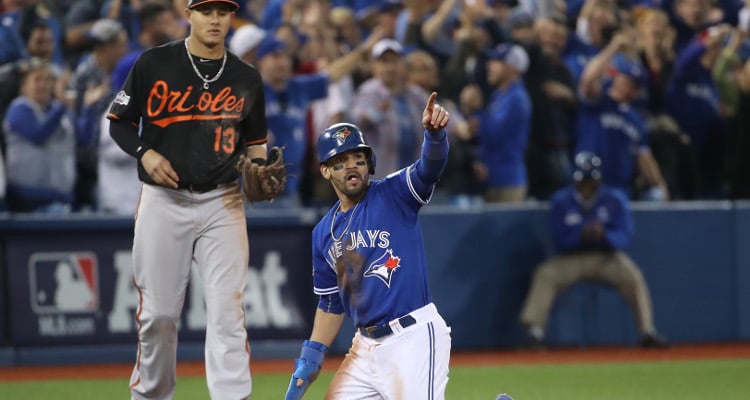 Tuesday night’s American League Wild Card game was certainly interesting. The Toronto Blue Jays defeated the Baltimore Orioles in the 11th inning, after Edwin Encarnacion hit a walk-off home-run to win the game 5-2. This win allowed the Blue Jays to advance to the ALDS, where they’ll face off against the Texas Rangers tonight! However, it’s not the Blue Jays’ win that is getting all the attention, but rather, one Blue Jays fan in particular, who showed his poor sportsmanship by throwing a nearly full can of beer onto the field, almost hitting Orioles’ outfielder, Hyun Soo Kim. In fact, a few hours after their victory, the Blue Jays officially apologized to their opponent on behalf of the rude fan. After investigating the identity of the rude fan, the Toronto police identified him as one Ken Pagan. After this embarrassing occurrence for Toronto, many are curious and wondering, “who is Ken Pagan?”

The following is a clip of what happened during the game. The Blue Jays released an official statement to the press apologizing to the Orioles. “On the heels of one of the most competitive and exhilarating baseball games in our club’s history, it is extremely unfortunate that the irresponsible actions of one individual would detract from the game on the field and tarnish an otherwise memorable night,”, a press release said.

Here’s everything you need to know about Ken Pagan, the man who threw the can of beer at the Blue Jays game.

Ken Pagan has been identified as a journalist working for Postmedia (formerly Sun Media). He’s a copy editor at the Hamilton office. He used to work for another newspaper called The Nugget, as a sports reporter and photographer.

His Work Earned Him a Journalism Award

While working at The Nugget, Ken was nominated three times and won the Ontario Newspaper Award twice. He has written extensive pieces on sports, for which he was nominated. His photograph of former world professional figure skating champion, Gary Beacom earned him a nomination for the ONA. His piece on the recovery of Bill Barilko’s plane wreckage won him another nomination. Barilko was a famous hockey player who disappeared, when the floatplane he was on went missing. The plane wreckage was found 11 years later.

Particularly, a Blue Jays fan (clearly), which would explain (not justify) his behavior. He’s said to have extensive knowledge about baseball, in general. Pagan attended the Tuesday night Blue Jays vs Orioles Wild Card Game on a night when he was off from work. In the seventh inning of the game, Orioles’ left-fielder, Hyun Soo Kim was nearly hit by a beer can that was hurled at him from the stands. The act was a mark of disrespect and reflects badly on Toronto, and its fans. Initial speculations said the rude fan was a woman. Later, the Toronto Sun and subsequently Toronto Police identified and confirmed the beer thrower as Ken Pagan.

Did Blue Jays fan and journalist Ken Pagan actually throw his beer at the Orioles player? Toronto Police may have gotten this wrong… ???????????? pic.twitter.com/73HjWPPN49

His Own Employers Outed Him

The Toronto Sun had declared a bounty of $1000 for the beer thrower. Someone from the Toronto Sun (Postmedia) first revealed that it was Ken Pagan and one of their other employees even corroborated the revelation. Incidentally, Toronto Sun is owned by Postmedia, where Pagan works. Regarding the bounty on his head, Pagan denied he’s the disrespectful spectator and said he’d like for the money to go to the Jays care foundation charity, instead. After Toronto Sun revealed his identity, the Toronto police tweeted a picture of Pagan.

What Exactly Happened at the Game?

During the seventh inning, a partially full can of beer was hurled from the stands, nearly missing Orioles’ Hyun Soo Kim. Kim’s teammate, center-fielder, Adam Jones began yelling at the crowd for the disrespectful behavior. The Orioles’ team manager also stepped out of the dugout to express his displeasure with the umpiring crew. Then, social media went into a frenzy over the incident, even trending the hashtag #beerthrower, and even Toronto’s mayor called the spectator a “Loon Ball.” Soon after his identity was revealed, Pagan deleted all his social media accounts and turned himself in, though he still claims he didn’t hurl any beer cans at anyone. He called the police himself and said he’s the man in the picture. Pagan claims he was “drinking out of a cup”. On the advice of his lawyer, Frank Genesee, he’s not speaking to anyone about the incident, except for the police. Currently, many are debating on social media whether Pagan is the alleged beer thrower or not.

Wait it was definitely Ken Pagan. He chucks it sidearm to make it look like it came from the gap in fans https://t.co/EUcfWjAzpB