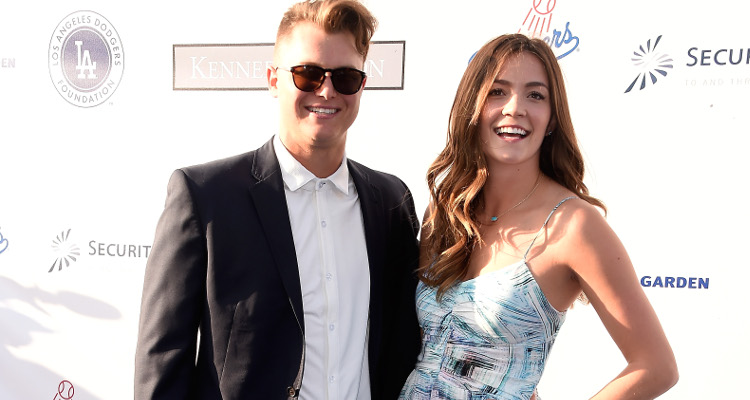 Joc Pederson is the next Los Angeles Dodgers player to get engaged over the past few months. Following Alex Wood and Austin Barnes, Pederson is the third player on the team who is now planning a wedding. Take a look at his beautiful fiancée, Kelsey Williams, right here!

Kelsey Williams will soon be joining the player wives of the LA Dodgers! The Dodgers’ center fielder proposed to his girlfriend this weekend. He shared the happy moment on Instagram, where he got down on one knee and popped the big question, and of course, her answer was “yes!” We’re sure you’re curious to know more about the young lady who snagged the baseball hunk, so we’ve got everything you need to know about Kelsey Williams, Joc Pederson’s fiancée, right here.

The 23-year-old was born in Raleigh, North Carolina, quite far from Pederson’s hometown of Palo Alto, California. However, her family moved to California and she was raised in Pleasanton. It’s unsure how the couple met, but they’ve been dating for a year before getting engaged yesterday (March 5).

Williams has a Twitter account, which she has made private and Pederson doesn’t post many pictures of her on his social media accounts. She does attend some of the Dodgers’ events with Pederson and is reportedly well-known among his teammates. Pederson is one of the many athletes who separate their personal lives from their professional lives.

She is one of three daughters born to Melissa and Jeff Williams. Not much is known about her sisters, Avery and Marin Williams, or her parents. Pederson also has a younger sister, Jacey, who is an elite national amateur soccer player and plays forward on the U.S. Under-17 Women’s National Soccer Team.

The 6’1″ MLB player found his match in Williams, who’s a towering 5’11”. She’s no less sporty than her new fiancé, either. After graduating from Amador Valley High School in California, she attended Duke University, where she played volleyball throughout her four years there.

She was the setter for Duke University’s Blue Devils women’s volleyball team. She also briefly worked as an assistant coach for the team in 2015. Quite the sports fan, Williams was once spotted out on the town with Pederson wearing a Carolina Panthers jersey! She may have grown up in California and is dating an MLB player from LA, but she’s still supports her hometown’s star team.

Though it looks like Kelsey Williams is currently unemployed, she is continuing her education in psychology. She has a Bachelor’s degree in educational psychology and a Bachelor of Arts in psychology and elementary education from Duke. At the moment, she is studying kinesiology, sport, and performance enhancement psychology from California State University.

Given her qualifications, Williams could have a career in education and could even become a psychologist. With her taking an interest in kinesiology, she might even get the chance to work with the Dodgers as a sports therapist. She will graduate with a Master’s degree in kinesiology in 2018.