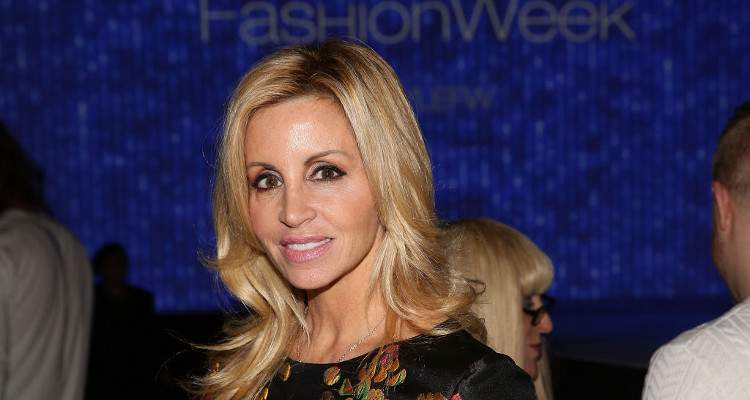 It took a while, but Camille Grammer, Kelsey Grammer’s ex-wife, found love again. Is Camille Grammer engaged? After earning fame for appearing on the reality television show The Real Housewives of Beverly Hills got engaged to David C. Meyer at the end of last month. Camille Grammer’s fiancé is a lawyer who lives in Malibu, California. The couple met about a year ago, nearly five years after Kelsey Grammer and Camille Grammer divorced. Her representative confirmed the news of her engagement, and she shared a photo of herself and Meyer tweeting, “Party night with my love. We have a secret…guess.” Here are a few details from Camille Grammer’s wiki.

Started out as a Dancer

Born on September 2, 1968, in Newport Beach, California to an upper-middle-class family, Camille Grammer’s age is 49. After graduating from high school, she enrolled at Montclair State College, New York University, where she studied English literature. She also attended UCLA School of Theater, Film, and Television, in Los Angeles, California. Grammer started her entertainment career as a dancer in the 1980s, and was a regular on Club MTV for many years, also starring in several music videos, including “The Party Starts Now” by Manitoba’s Wild Kingdom, “Give it All You Got” by Rights of the Accused, and “Back to the Grill Again” by MC Serch.

4 years ago I was diagnosed with stage 2 uterine cancer. Now Working on gathering people to join me to raise monies for crucial research and awareness for female below the belt cancers. Join the Foundation For Women's Cancer @foundationforwomenscancer National Race To End Women's Cancer on Washington D.C. Nov 5th come join us or donate. My team #camillescrusaders go to endwomenscancer.org #ovariancancer #endometrialcancer #cervicalcancer #vulvacancer

She has two kids with her ex-husband, both born via surrogate. Camille Grammer’s kids are Mason Olivia and Jude Gordon. She sought primary physical custody of them when filing for divorce in July 2010, after accusing Kelsey Grammer of physical and verbal abuse during their marriage. He retorted that she married him for fame.

Camille Grammer’s Instagram account is full of pictures of her with friends, her pets, Meyer, fashion shows, and inspirational messages. After a long struggle with endometrial cancer, she spends a lot of her time educating people about the illness.

Right now, Grammer is on top of the world after getting engaged to the man she loves. After sharing a picture of herself and Meyer all dressed up for Halloween, nobody could miss the giant rock on her finger. We wish both Grammer and Meyer a heartfelt congratulations!

Fun day with my parents and friends. Thank you @ricardoferrise1 for hair and makeup. #Cancer survivor.