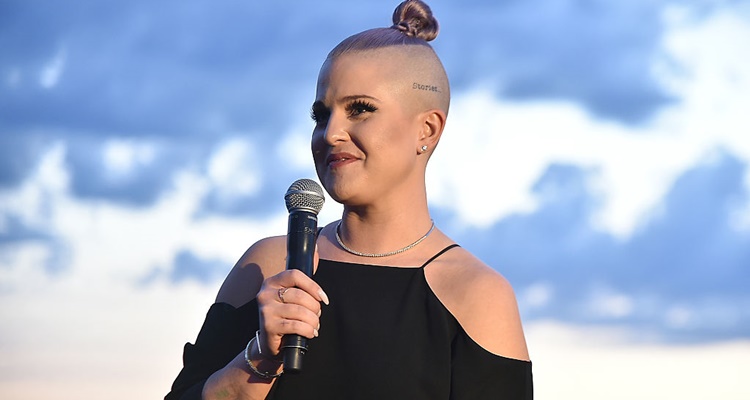 Kelly Osbourne, daughter of rock legend Ozzy Osbourne and talented performer in her own right, has a bone to pick with fellow star Gwyneth Paltrow. The British star uploaded an image of the two together, with Osbourne doing her best to look upset, but we can see that she’s trying to hide a smirk.

Osbourne wrote, “I hate @gwynethpaltrow… She’s perfect, smart, beautiful, nice, and funny,” along with a smiley face and the hashtags, “LifeIsCruel” and “FreakOfNature.” Of course, it was all in good fun, something Kelly Osbourne’s fans appreciated, with responses such as, “Sounds like YOU! Is she your twin?” and, “You are authentic and your face in this pic is hilarious [sic].” Others seem to have missed the joke and taken her “hate” seriously, writing things like, “Don’t put yourself down missy !!!!!  [sic]” and, “you are beautiful . Don’t ever let anyone tell you other wise !! [sic]”, not to mention all the people saying that they’d pick Kelly Osbourne over Gwyneth Paltrow any day!

The photo was taken at the unveiling of the Stella McCartney 2016 fashion collection at the Amoeba Music Store in Los Angeles. And Kelly Osbourne and Gwyneth Paltrow were only two of the stars at the event; others in attendance included Katy Perry, Johnny Depp, Orlando Bloom, Demi Lovato, and Kate Hudson.

Osbourne also used the event for a premiere of her own, as it marks the first time she’s been seen with her brand new hairstyle! Sporting a new bob cut, Osbourne’s hair now curtains both sides of her face, giving her a sophisticated look; we didn’t even recognize her for a second! And of course, her natural blonde hair continues to sport the lavender color that has become her trademark; she’s dyed it that shade for almost five years now.