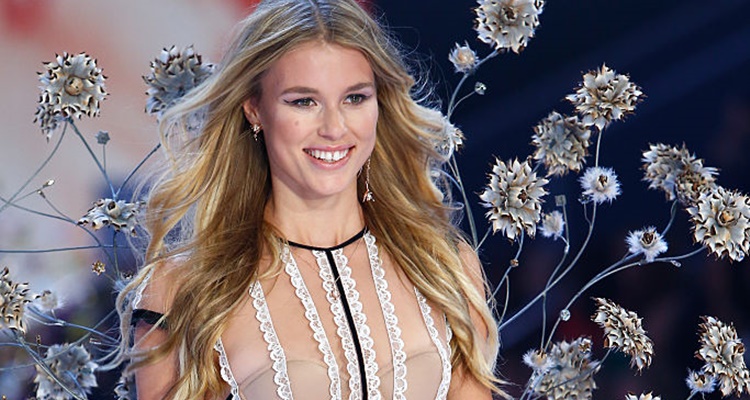 Keke Lindgard is the 22-year-old model from Hawaii who was cast in the Victoria’s Secret Fashion Show 2016. This is her biggest show since she debuted seven years ago.

This year’s long-awaited fashion event is finally here! The Victoria’s Secret Fashion Show 2016 will air on December 5, and we’ll get to see seasoned Victoria’s Secret Angels walk the runway along with some new up-and-comers. One of the fresh faces we’ll see is Keke Lindgard, a surfer-girl who has previously modeled for Gucci. Here’s everything you need to know about her in Keke Lindgard’s wiki.

She was The Face of Gucci Eyewear

Before she was announced as one of the 51 models cast in the Victoria’s Secret Fashion Show, Lindgard’s most famous work to date was being the face of Gucci’s line of eyewear in 2010. Her net worth is currently not known, but it will spike now that she has the Victoria’s Secret Fashion Show on her resume. Check out Lindgard’s Gucci commercial below:

She has also featured on the covers of Spanish Vogue and French Elle and appeared in an editorial in Allure magazine.

She was Discovered by Chance

Lindgard recounted the story of how she was scouted in an interview, “Roman Young, one of the agents at Wilhelmina, is from Hawaii. He saw me in town and said, ‘You should come to New York.’ My family does a snowboarding trip to Utah every year, so we flew to New York for a few days. They said, ‘You should do fashion week,’ so I did fashion week.”

Once she signed with Wilhelmina in 2009, she made her debut in September that year in the Rag & Bone show in New York. After that, she walked for Nanette Lepore, Philosophy di Alberta Ferretti, Tommy Hilfiger, and Vera Wang. That same year, Style.com named her as one of the year’s top 10 newcomers.

She is an Avid Surfer

Lindgard’s look and persona is picture-perfect of the all-American girl with her beach-blonde hair and sun-kissed skin. She’s also five-foot-ten and weighs 123 pounds. Her diet is not known, but her slim and toned figure is attributed to surfing. Lindgard is also fond of skateboarding, snowboarding and basketball.

Since being cast in the Victoria’s Secret Fashion Show, Lindgard has been training rigorously to get fit for the new line. Like the other models, she has posted videos of her exercising on her Instagram account with the hashtag #trainlikeanangel.

Her Sister Followed in Her Footsteps

Not much is known about Keke Lindgard’s parents. However, Lindgard has a younger sister, Lilli Lindgard, who’s also a model. Lilli is five years younger than Keke and was scouted before her sister. “[My agency] always wanted Lilli. But I was like, ‘No, she’s too young!’” Keke said about her then 15-year-old sister in an interview. However, Lilli is quick to point out that Keke started modeling when she was 15 as well.

Keke and Lilli never thought about being models, but when she saw her sister’s success, Lilli wanted to try modeling too. But, unlike her, Keke didn’t want her sister to start modeling without a high school diploma.

Lindgard has a Twitter account, but because she’s not very active on Twitter, she has only 800 followers. That’s a big contrast to her 28,000 plus followers on Instagram. She posts pictures from her photoshoots, and different outings.

The Hawaiian beauty has also posted pictures of a weekend trip to Kaui, Hawaii with one Brandon Wasserman. He can be seen in a few other posts, with Lindgard writing affectionate captions, and often referring to him as “my love.” However, the two have not confirmed their relationship, so it’s unclear whether they are actually an item.

A little wedding get away with you ???? #Kauaifortheweekend #hawaii #mylove