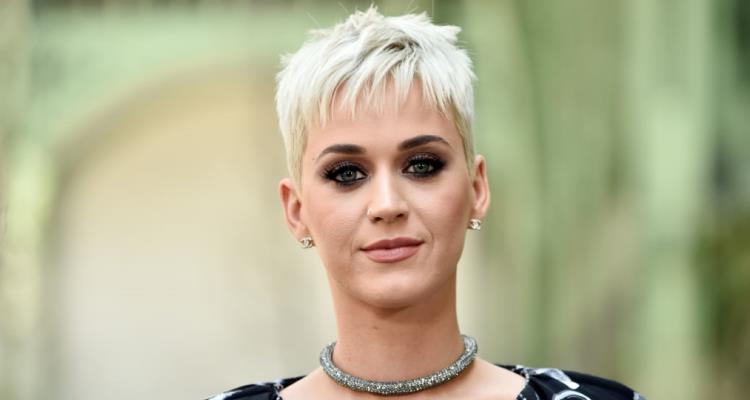 As of 2017, Katy Perry’s boyfriend appears to be Pirates of the Caribbean and Lord of the Rings actor, Orlando Bloom. They dated for 10 months before taking a break to get some space in February, but now it looks like they’ve decided to pick up where they left off. A fan spotted the couple last weekend at an Ed Sheeran concert, and tweeted that they were holding hands and kissing! When news broke of their split earlier this year, a representative for the couple shared a statement saying, “Before rumors or falsifications get out of hand, we can confirm that Bloom and Perry are taking respectful, loving space at this time.” If you’re wondering who were Katy Perry’s ex-boyfriends of the past? Here’s a full list of her dating timeline!

When Perry was 17, she dated the older brother of Paramore’s Taylor York. She and guitarist Justin York dated for several years before she became famous and released her first single.

Those who remember the Christian rock band, Relient K may remember Perry’s two-year relationship with frontman, Matt Thiessen. They dated from 2003 to 2005. She was a really supportive girlfriend, as she was once caught stage diving at a Relient K show! Check out the video below to see for yourself!

Perry and Sons of Anarchy actor, Johnny Lewis dated in 2005, but broke up a year later, right before her career as a musician took off. It is rumored that he was part of the reason why she wrote the songs “Circle the Drain” and “The One That Got Away.” Although the reasons for their split were unknown, Lewis had a history of drug addiction and arrests. Sadly, in 2012, he was found dead. Reports surfaced that he killed his landlord, was involved in an altercation with two men, and fell from a wall or balcony.

In early 2006, Perry and Gym Class Heroes frontman, Travis “Travie” McCoy began dating. This was at the beginning of her career. The pair met up after a meeting at a recording studio, and she even starred as his love interest for the music video of the band’s song, “Cupid’s Chokehold.” Just before she launched her debut hit “I Kissed a Girl,” he gave her a promise ring. In 2009, Perry broke up with him via email, but stated his drug use as the cause. McCoy confirmed her reasons, admitting that he chose drugs over their relationship. “As things started taking off for her, the more I started to doubt my role in her life. There were a few times I felt like a stepping ladder.” Many believe their relationship also inspired “Circle the Drain.”

The only relationship of Perry’s that went to the next level was the one with British comedian and actor, Russell Brand. They met in 2008 after filming a cameo for Get Him to the Greek, and although the scene was cut from the final production, they quickly developed a romance a year later at the 2009 MTV Video Music Awards. After getting engaged, they had a Hindu wedding in India in October 2010. Unfortunately, after just over a year, Brand reportedly told Perry of his decision to divorce via text. (What’s with these digital breakups?) Perry has clearly moved on, but it seems Brand hasn’t let it go. He brought up a new/revised reason for their divorce this past March, saying, “The marriage didn’t last for a very long time and I think that is due to the undulating nature of fame, living in those conditions.” It sure sounds a lot different from his original reasons, including that she was the kind of person he “detests.” Ouch! 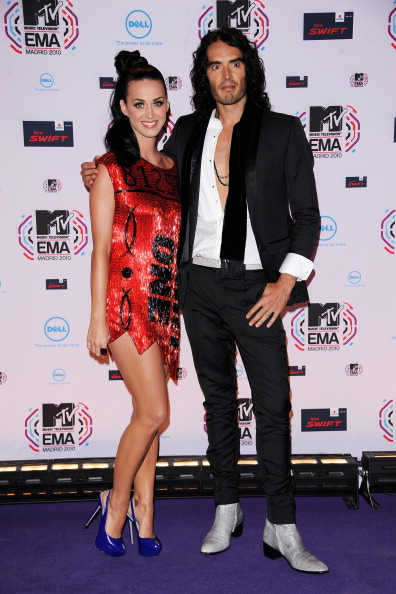 Perry then dated the guitarist of Florence + the Machine, Robert Ackroyd. They attended Coachella together and spent some time in London in early to mid-2012.

John Mayer has been known to date some famous celebrities, including Vanessa Carlton, Jessica Simpson, Minka Kelly, Jennifer Aniston, and Taylor Swift. He even had a chance to date Perry in 2012, but it didn’t last long. The couple seemed to be on and off every few months!

She might be spending time with Bloom again, but according to Perry, things may not be as committed as they seem. “When you get older, lines get blurred. And you know what, I’m really busy. I’m about to go on tour for another year.” With new music on the way and taking on the hosting duties at this years MTV Video Music Awards, Katy Perry is one hot commodity!