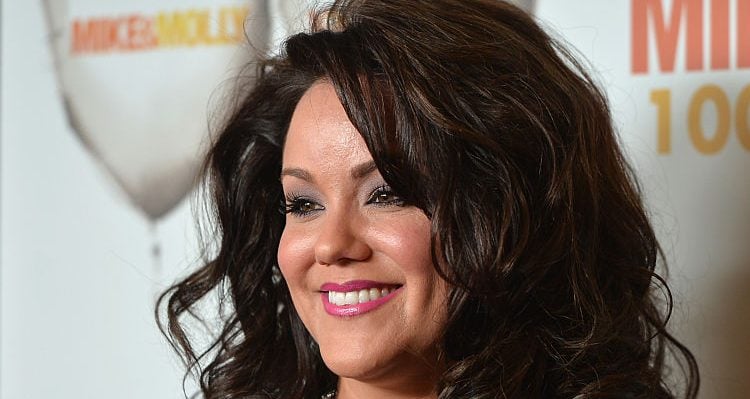 Katy Mixon is wasting no time having a family and May must be her lucky month! Her first child was born in May 2017, and it was recently announced that she’s got a second child due in May of 2018! But who is Katy Mixon dating? Who is Kat Mixon’s boyfriend? In 2017, it was quiet on all fronts regarding her personal life, so who is she having a baby with? If you’ve been curious, then we’ve got all the answers you need, right here.

A Quick Look at Past Loves

Katy Mixon’s dating timeline isn’t incredibly long, but we do know that a big part of it was with Bobby Deen. Deen is a celebrity chef with many different cooking shows under his belt, including Road Tested, Junk Food Flip, and The Holiday Baking Championship.

The two met while Mixon was filming the HBO show, Eastbound and Down, in 2009. The couple quietly dated until 2013, but Mixon’s shift to working in Los Angeles made the relationship difficult.

Deen told the Knoxville News Sentinel, “Katy (of “Mike and Molly” sitcom fame) and I were in a relationship for several years, and she is a wonderful woman, but when she moved to Los Angeles we had to make a really hard decision to end that relationship. It was one of the saddest days of my life.”

“It’s still hurtful to this day, but I have met a wonderful, beautiful young lady who is a triathlete and wellness expert. She is not famous, and that’s somewhat of a relief to me because I’m protective of those I love, and when you’re in the public eye that can be hard to do,” added Deen.

Interestingly, Mixon’s next major relationship was also with an athlete.

Is He Mixon’s Fiancé?

Breaux Greer is Katy Mixon’s boyfriend and current man to move into her life. Greer is an athlete who competed professionally in track and field, specifically in the javelin throw.

The athlete competed in numerous well-known competitions, including the Goodwill Games, Pan America Games, and two different Olympic games (the first in 2000 and then again in 2008). You may also remember Greer from the short-lived American Gladiators revival hosted by Hulk Hogan in 2008 as he was the gladiator known as “Hurricane.”

The couple began dating in 2014, and it wasn’t too long before they were engaged to be married, when Greer asked for Mixon’s hand in 2016.

But life sometimes can throw you a curve ball, and in this case, there is a perfectly acceptable reason why the two haven’t tied the knot yet. Well, two reasons actually.

Kids and Then Marriage?

In December 2016, the couple announced that they were expecting their first child, due in the spring of 2017. The couple had a son named Kingston Saint Greer, who was born in May 2017.

Then, in November of 2017, the couple then announced that they were expecting another child! This time, it’s a girl who should be born in the spring of 2018. And, if all goes as planned, she should be born in May, just like her brother.

Katy Mixon and Breaux Greer are still very much in love and committed to one another. It just might be a little while longer until they get to head down the aisle! With two children under the age of 2, they are going to be very busy parents—and probably very tired!