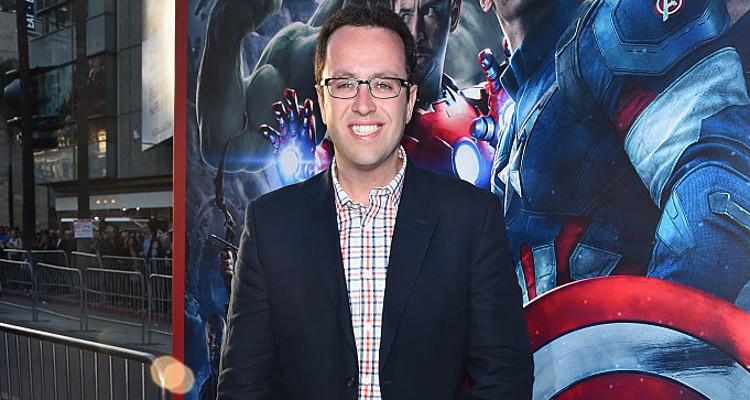 Subway pitchman Jared Fogle’s ex-wife Katie McLaughlin is suing the sandwich franchise for refusing to take disciplinary actions against him. CNN Money reported she alleged in the suit that she and their children have suffered serious emotional distress because Fogle’s actions and behavior did not become publicly known before they married in 2010. Here’s what you need to know about that story, plus facts about Fogle’s wife in our Katie McLaughlin wiki.

What Did Jared Fogle Do?

McLaughlin said at a press conference Monday that she was baffled to discover her husband was a child predator and that Subway executives knew of his behavior and did not do anything about it. She explained that the reason for filing the suit was to bring about the truth. “A lot of questions have come up, questions my kids [ages three and five] are going to ask me some day. I will not lie to my kids and I want to be able to answer those questions.” She hopes the suit will answer questions such as “What did Subway know? When did they know it? What investigations did they conduct? Did they ever notify the authorities?”

Katie McLaughlin, ex-wife of Subway pitchman Jared Fogle says Subway failed to act on at least one complaint against the “child predator.” pic.twitter.com/iGK6Y0sGFj

According to the Associated Press the suit explains a situation when a Subway franchisee, Cindy Mills, filed a complaint about Fogle to CEO Jeff Moody in 2007. Mills claimed that Fogle said he “really liked them young” and admitted to having sex with minors as young as age nine. McLaughlin’s suit charges that Moody interrupted the franchisee during the phone call saying, “Please don’t tell me anymore. Don’t worry, he has met someone.  She is a teacher and he seems to love her very much, and we think she will keep him grounded.” It was also claimed that Moody told Mills this was not the first time he heard such a complaint. The suit claims the teacher Moody was referring to was McLaughlin, and that Subway was “terribly misguided” in thinking Fogle’s marrying McLaughlin would “correct” the former’s pedophilia.

Fogle is serving over 15 years in federal prison and agreed to pay 14 of his victims $100,000. Jared Fogle’s net worth is currently $15.0 million, but that number is expected to drop.

For those searching for “Jared Fogle wife pics,” many news outlets are including images of his ex-wife at a press conference, appearing very distressed and serious about bringing the truth to light. Here is one photograph of McLaughlin.

“This is not a position I ever wanted to be in.”- Katie McLaughlin, Jared Fogle’s ex wife on lawsuit against Subway pic.twitter.com/VqVKayeJuV

She Met Fogle through His Brother

The former teacher said she knew Fogle since 2000 when she was friends with his brother at the time. A report in 2013 by USA Today said she was forced to become an accomplished photographer due to the never-ending stream of people wanting photos with Fogle.

She Was Called “The Most Supportive Woman” by Fogle

Nine years after they met, they were engaged and then were married in August 2010. When Fogle proposed in 2009 at Indiana University, he told People, “She’s been so wonderful and caring. She’s just been the most supportive woman. I couldn’t ask for more.”

She Is Fogle’s Second Wife

In 2008, Fogle divorced his first wife, Elizabeth, and paid her $230,000 in alimony. They were married for six years. According to The National Inquirer Fogle had a steady girlfriend at the time of his divorce. Also at that time, Elizabeth got a restraining order against him.