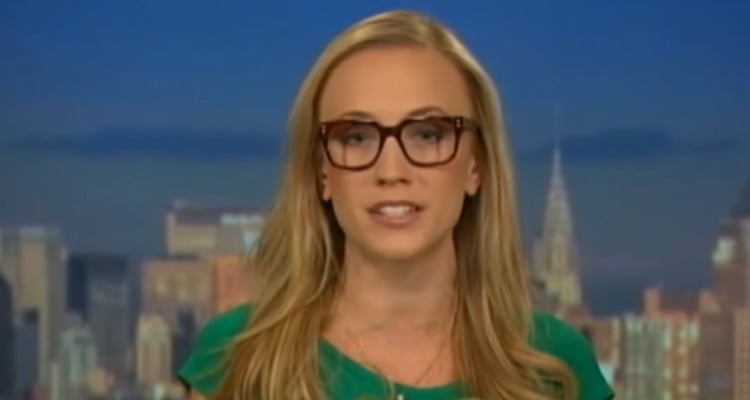 Kat Timpf was the victim of a hate attack at a Brooklyn bar on Monday, July 24, where she was scheduled to speak. An unknown man poured a bottle of water over her head and ran away before anyone could react. Timpf is sure that the attack was pre-meditated and carried out to shut her up. She has always been a vocal proponent of clean government and individual liberty.

Kat Timpf is accustomed to telling the news, but this time she is the one making headlines. The Fox News host was assaulted on the night of Monday, July 24, 2017, when she was in a Brooklyn bar attending her friend’s campaign event. Timpf was doused with a bottle of water while at Union Pool in Williamsburg, New York City. Her friend and candidate for Brooklyn Borough president Ben Kissel was hosting the event, which fell on his birthday. Timpf was badly shaken by the assault and said that she is certain that she was targeted for this cowardly attack. Here are some details from Kat Timpf’s wiki.

This is how I hang out now

Born on October 29, 1988, in the city of Detroit, Michigan, Timpf’s age is 28. She graduated from Hillsdale College with a BA in English in 2010 and is now a television personality, comedian, and reporter, living in New York City. Timpf has appeared on many television and radio programs like America Live with Megyn Kelly, Cavuto, Fox and Friends, Red Eye, The Greg Gutfeld Show, and The Nightly Show with Larry Wilmore. She has worked as a video and print reporter for the Leadership Institute’s CampusReform.org, where she covered issues like fraud, waste, bias, and abuse on college campuses. Timpf also contributed to publications like the Orange County Register, Investor’s Business Daily, and The Washington Times.

Humor as a Weapon

Hello, I’m on the news

Apart from being a contributor to Fox News, Timpf is a reporter for the National Review Online, where she writes columns and satirical pieces on topics like government overreach, and cultural over-sensitivity. She is known for her trademark humor, sarcasm, and satire that make her articles very readable and enjoyable, no matter the topic. Timpf is in her element when she has to cover issues like culture, feminism, political correctness, and the economy. In 2017, she became a co-host for The Fox News Specialists, where she discusses current events and political issues. Timpf is a regular contributor to Barstool Sports, a satirical sports and men’s lifestyle blog, which is headquartered in New York City.

Kat Timpf’s water attack took her by surprise, but she is vehement that it was orchestrated. “This was a pre-planned thing. Just to see someone look you in the eye with that kind of anger and hatred and whip water in your face…is a terrifying thought.” The unknown assailant tapped Timpf on her shoulder and emptied a full water bottle on her head, splashing her face. Before Timpf could react, the man turned around and ran away. She had to cancel her scheduled speech about criminal justice reform and budget cuts, and tweeted, “I’m shocked, I’m stunned. I’m obviously upset. I end up not being able…to speak because of it.”

Timpf’s work means the world to her, and that is clear from her social media accounts. Kat Timpf’s Instagram account is full of pictures of her at work, with her colleagues, with her father (who looks a bit like Sean Penn!), and her cats. People looking for Kat Timpf’s hot pics and bikini pics will not be able to find them online. She is a serious minded individual who is working to make a difference! This attack on her freedom will only inspire Timpf to fight harder for her liberty and individualism.