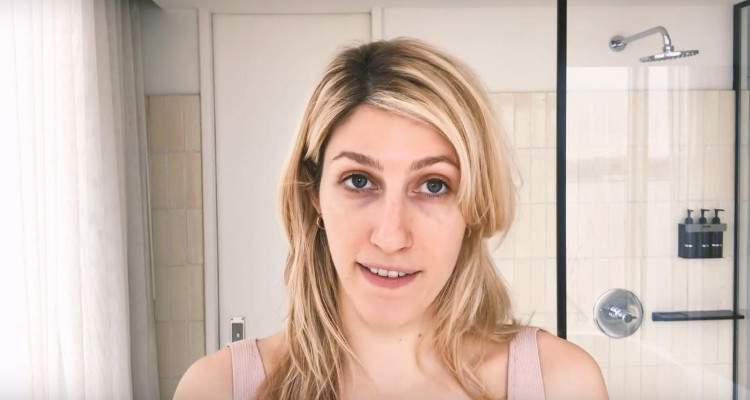 Karley Sciortino’s book, Slutever: Dispatches from a Sexually Autonomous Woman in a Post-Shame World, is out today. The author clearly is excited about it. If you want to know more about her, then keep reading for details from our Karley Sciortino wiki.

Sciortino is a well-known face in the literary world. Her thought-provoking articles on Vogue.com’s “Breathless” column and her website have made her extremely popular.

Karley Sciortino’s age is 32, and she’s achieved a lot so far!

She grew up in the Hudson Valley area of New York. Her parents were very strict and religious, so they didn’t allow her to have boys in the house.

At the age of 13, she decided she was going to wait until marriage to have sex. “Both my mother and grandmother had made it very clear to me that if a woman chooses to have sex before marriage, she will spiral out of control and become a homeless crack addict spinster who no man would ever dream of marrying,” she explained.

She was young and had no idea how drastically her views would change.

At the age of 19, Sciortino moved to London with dreams of becoming an actor. However, her dreams came crashing down after six months when she decided to drop out of college.

She then found herself sharing space with several anarchists, artists, drifters, and addicts for three years. It was during that time that she started her blog, Slutever, at the age of 21.

In 2010, she had to return to New York City because her visa expired. But, she cashed in on that opportunity and worked hard to get to where she is now.

However, her love for her job came to an end when she was nearly arrested for helping to “stage” a kidnapping.

It was in 2013 that Karley Sciortino started working at Vogue. She writes articles related to relationships and sex.

Sciortino claims that they give her a lot of freedom when it came to her work.

She still writes for her personal website, one that is described as:

“Slutever is a website that deals predominantly with sexuality and relationships.”

Besides writing about her sexual experiences and her personal life, Sciortino is also an actress and producer.

In a Happy Relationship

Karley Sciortino has been in a monogamous relationship with her boyfriend, who lives in Los Angeles.

She said about her relationship, “Yeah, that’s exotic for me. I really like it. It’s about doing what feels right for you in that moment.”

“Doing all the things I have done, there’s a lot to be learned from exploring a relationship by committing and investing in someone. I feel like I would be losing something, denying myself an experience, if I never tried this, either,” she added.

When asked about what her man thinks of her website, Sciortino said that he likes it and that “There are men on Earth that aren’t entirely intimidated by female sexual needs.”

If you really curious about her work and would love to know more about her life, then make sure you follow Karley Sciortino’s Instagram account. She constantly uploads photos and videos to keep her fans updated.

Here are some that we hand-picked for you to check out:

I did an interview for @the_caret about the things I love and hate about the internet, from my fave podcasts to how my phone sabotages my relationships (sigh). ? @austinhargrave

Up on Slutever: I wrote an article about the moment when I discovered the (vaguely secret) power of lingerie. @maison_close #partner ? @g0thmami