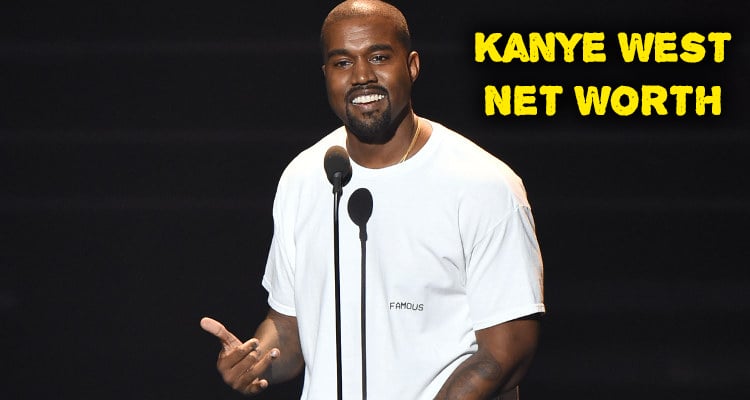 Is Kanye West’s net worth comparable to that of his also-famous wife, Kim Kardashian? Actually, it’s the other way around; she can’t compare to him!

Kanye West ’s net worth as of 2016 is estimated to be around $145 million(Kim Kardashian’s is $85 million).  Although the recording artist has all the money he’ll ever need, he stands to only obtain more.

Kanye West dropped out of college at age 20, feeling that the schedule was hurting his ability to work on quality music; this was in spite of his mother, who was a professor at the same school. Starting in production, mostly working with local artists, the future megastar eventually got noticed enough to produce for big artists before finally being hired as producer for Roc-A-Fella Records, whose founders included rapper Jay Z; Kanye was eventually signed as an artist, only to keep him from doing production work for another company.

Everything changed in October of 2002 when Kanye was in a major car crash after falling asleep at the wheel. Despite having his jaw wired shut as part of the reconstructive surgery, the accident inspired him to record a song, “Through the Wire,” which became the lead single on his eventual 2004 debut album, The College Dropout. The album debuted at number two on Billboard’s U.S. 200 list, eventually going on to reach triple-platinum status, and made an estimated $11.5 million in record sales of about 7.3 million copies.

West would enjoy smaller but similar success with his second album, Late Registration, coming only a year later but making him a cool $3.8 million. After this, the rapper’s following album, Graduation, took its time being released, coming out in September of 2007. However, despite the anticipation that had likely built, it did similar numbers as Late Registration.

In 2008, about one year later, 808s & Heartbreak was released to a mixed reaction, as it differed greatly from the usual Kanye West style, including the sudden use of autotune. That’s because rather than rap, 808s & Heartbreak was more of a pop album, inspired by West’s attempt to get used to his newfound stardom and the loneliness that came with it. Despite the creative approach, the album didn’t do much for Kanye West’s net worth, earning him less than $3 million in sales.

2010’s My Beautiful Dark Twisted Fantasy saw somewhat of a return to form, debuting on the Billboard 200 in first place and receiving critical acclaim, yet earning only $3.0 million. A 2011 collaboration with Jay Z, Watch the Throne, only did $2.5 million, but it was still a profitable year for the rapper, thanks to the over $48 million that came from the album’s associated tour.

The following and most recent album, 2013’s Yeezus, managed to go platinum in the U.S., despite unexpectedly low opening week sales before dropping an alarming 80% in week two, though profits were helped once again by the related tour. The rapper’s next album, SWISH, is scheduled for release on February 11, 2016, and will surely make both Kanye West and Kim Kardashian much more wealthy.

But while the rapper makes most of his money from music, Kanye has other business ventures to add to his net worth. His main venture outside of music has been a regular involvement in the world of fashion. West has released shoes with both Nike and Adidas, as well as fashion lines. The first one, DW Kanye West, was designed for women and not particularly well received, but a second line a year later was better met and seen as a notable improvement. A collaborative fashion line with Adidas, titled Yeezy Season One, was released in October 2015, with the name implying more styles in the future.

Other minor business focuses from Kanye West include an attempt to open 10 Fatburger restaurants in the Chicago area, though only two opened and were later shut down. West also co-owns music streaming service Tidal, along with many other artists, in an attempt to rival Spotify and its supposed low royalties. He has also made several television appearances, usually as himself alongside Kim Kardashian, and cameoed in a number of films, again usually as himself, though he will be playing a character in the upcoming Zoolander No. 2.

In August 2015, West said he plans to run for President in 2020. While only time will tell if he was joking or if we really may see Kim Kardashian as the First Lady, Kanye West’s net worth will allow him to run one hell of a campaign if he chooses to take his acclaimed music career to an unheard-of level.