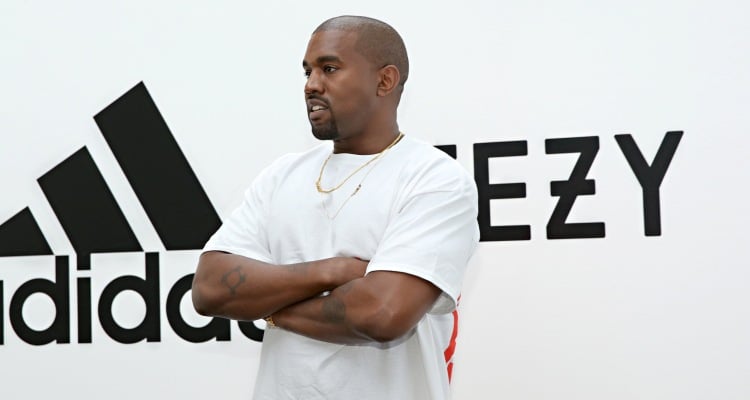 West’s new song, “Famous,” is the fourth track on his new album, The Life of Pablo, and naturally he gave an ambiguous and startling video, featuring several well-known celebrities spread out across a large bed (possibly a California King) including an image of Kanye West and his wife/reality star, Kim Kardashian-West. In the video, there’s a white sheet covering some of the celebrities, while others are completely topless, most notably Taylor Swift! But are these the real celebrities? Here are some interesting need-to-know facts about West’s “Famous” music video.

As we all know, Swift and West have had an on-again-off-again (but mostly-on) feud since Swift was a teenager, upon receiving her first MTV Music Award and now West has taken it even further. The two music stars made up a while before the video was released but their truce was short-lived. Not only is that not a topless Swift in the ‘Famous” video (confirmed by a rep from Swift’s camp), but Swift also warned West about misogynistic tone of the song. Swift naturally fired back at one of her (many) acceptance speeches, stating that people would try to take credit for her work, referring to West’s Taylor Swift song reference.

The provocative and controversial music video showcases several celebrities’ naked bodies, including Anna Wintour, Donald Trump, Rihanna, Chris Brown, the Wests, and Taylor Swift, but none of the celebrities are real; it’s their likeness that gets used for the video. A rep of Trump’s stated that the Republican presidential candidate was not featured in the music video (that’s a relief) and we all know that Vogue’s infamous Editor-in-Chief, Wintour, would rather be caught dead in last season’s fall line than bare all lying next to Trump. But as for Kim, well she’s not afraid to go clothing optional. But the ambiguity is done purposely by West, leaving us still guessing.

The Image for the video was inspired by and closely imitates contemporary painter, Vincent Desidero’s Sleep, but using the painting as a full dimensional video is what made the difference for everyone. West employed camera-style footage to obscure who’s real and who isn’t.

According to Vanity Fair, who got the exclusive on the video, the music video took three months to film. It was cycled through four different formats and several different collaborations until West got the result he wanted.

As for who’s really in the “Famous” music video? We may never know for sure but it was fun trying to solve yet another Kanye West mystery!