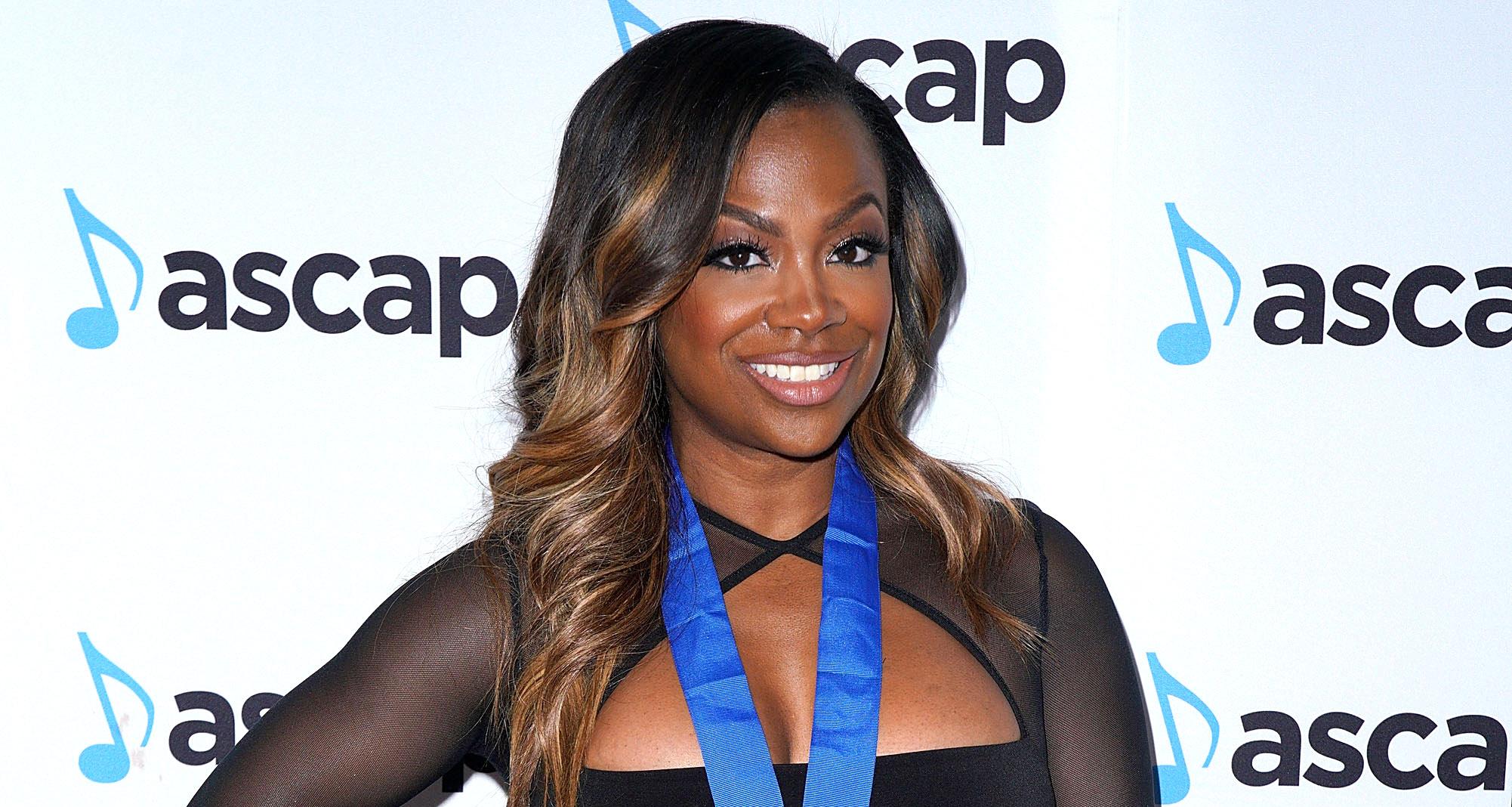 Kandi Burruss has become a household name because of the hit reality TV series, The Real Housewives of Atlanta. But long before she appeared on the show, Burruss had established a career for herself in the music industry. So, it comes as no surprise that Kandi Burruss’ estimated net worth is $35.0 million. Here is how she made a fortune for herself.

Kandi Burruss was born on May 17, 1976, in College Park, Georgia, to Reverend Titus Burruss Jr. and Joyce Jones. Jones was a single mother who raised Burruss and her older brother Patrick Riley, who passed away at the age of 22 in a car crash.

Burruss was mostly raised by her older brother because her mother was busy making ends meet for the family. She graduated from Tri-Cities High School in East Point, Georgia. At a very young age, Burruss was inclined towards acting and singing.

In fact, she had told her mother that she wanted to pursue a career in either singing, acting or she wanted to become a lawyer. It was her brother who encouraged her to pursue her career in singing. As a songwriter, Burruss has written hit songs for stars such as Whitney Houston, Alicia Keys, and Mariah Carey.

Burruss was pretty sure that she was made to live in the limelight at a very young age. At the age of 15, Burruss made her first appearance on the BET series Teen Summit. Before she even appeared on The Real Housewives of Atlanta, Burruss was already an established name, all thanks to her successful singing career. 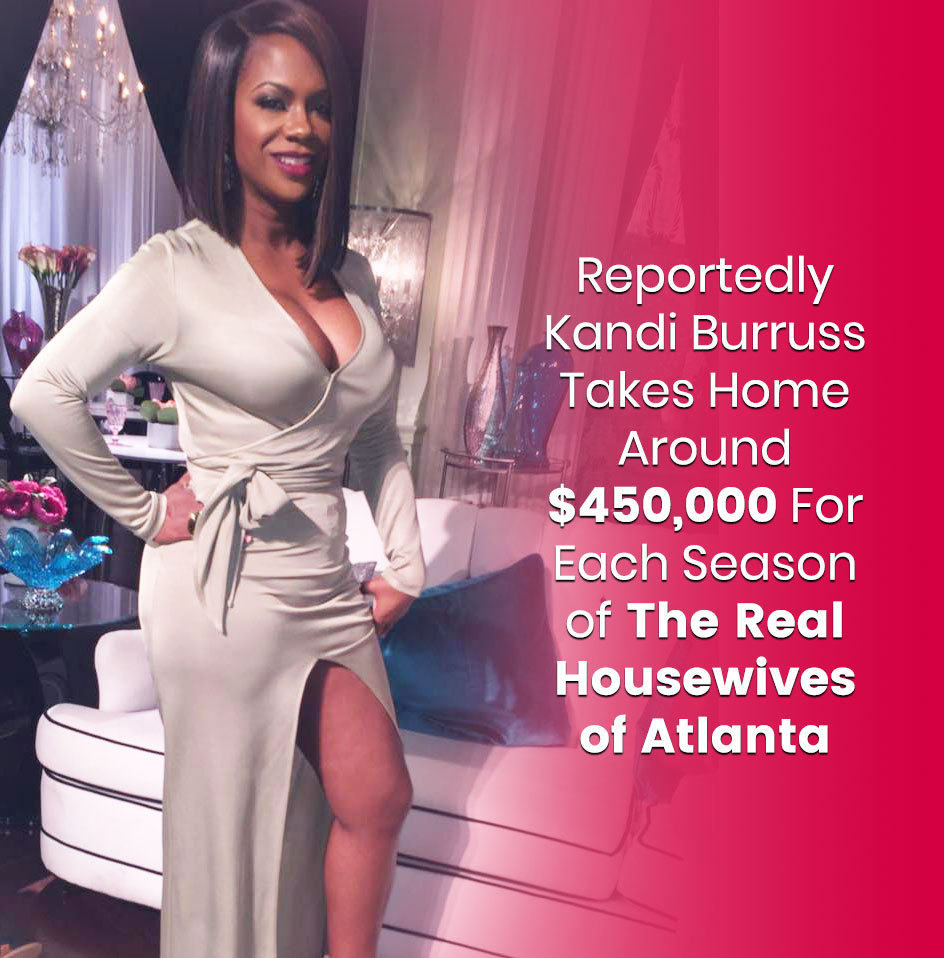 It has been reported that Kandi Burruss takes home around $450,000 per season of The Real Housewives of Atlanta. Furthermore, Burruss also reportedly earned the second highest amount on the show. She received a $200,000 raise for season 10 and pulled in a reported $2.0 million.

As mentioned earlier, besides getting paid for the reality show, Burruss has also made money off her music career. Before she started her solo career in music, Burruss was a part of the music group, Xscape. In 1993, the estimated earnings of the record sales of her band Xscape’s album Hummin’ Comin’ at ‘Cha was $1.0 million. The album was certified Platinum by RIAA.

As of September 2009, Burruss’ debut album, Hey Kandi sold more than 260,000 copies in the United States and around 325,000 copies of the albums have been sold all over the world. Burruss took home a Grammy Award in the category Best R&B Song for co-writing the hit TLC song, “No Scrubs.” 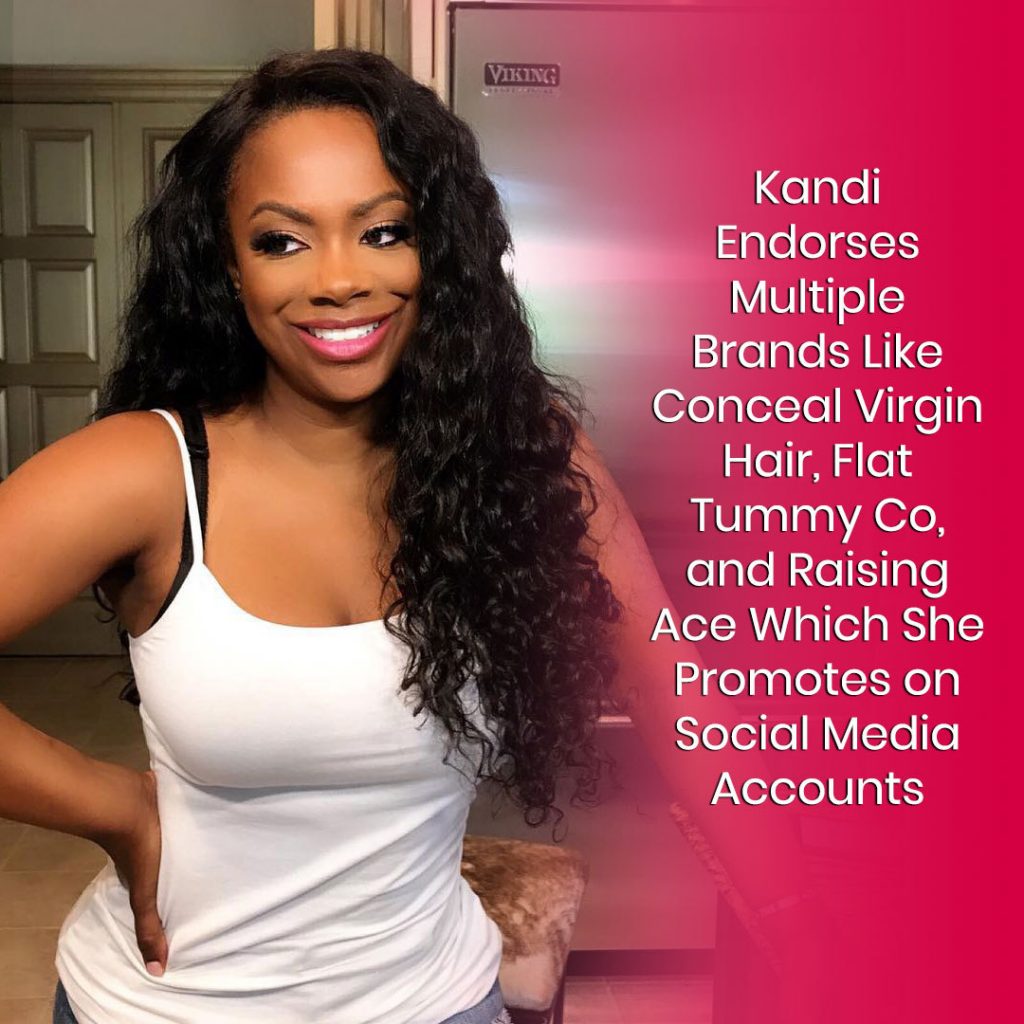 Being a reality star and a singer, Burruss also has a bag full of endorsements in her hand, that she promotes on her social media accounts. She has been associated with Conceal Virgin Hair, Flat Tummy Co, and Raising Ace.

Burruss wears so many hats all at once, she is not just a singer, songwriter, and reality star but also a thriving businesswoman!

She owns a product line, Raising Ace, that offers cute and adorable unisex products for kids. Part of the proceeds from the sale will be donated to charities that focus on underprivileged children and parents.

The products offered are teething products, bibs, bodysuits, towels, pacifiers, water bottles, swaddles, sunglasses, and formula bottles. The products start from as low as $5.99 and go up to $39.99. The website offers free shipping on orders placed over $30.

Burruss, along with her four other friends, started a “sex and relationship” series on Ustream called Kandi Koated Nights. The show aired on television in 2011 on TGI TV.

Burruss also earns a good amount of money by being the owner of a sex toy company known as Bedroom Kandi. The company offers various products like massagers, lubricants, bath & body, candles, and lingerie.

They even sell products for men like the men beard oil, men head to toe balm, lotion, shaving cream, and deodorant. All the products are listed at various prices.

Burruss is also the owner of a southern eatery, that goes by the name old lady gang. The eatery is located in Atlanta, and the multi-level dining and entertainment complex has two full bars and an outdoor patio.

She also owns one more clothing boutique with her friend, Peaches. The boutique was first opened in 2009, in West Village Shoppes in the Smyrna/ Vinings area.

She also has other locations in Augusta, GA, and Las Vegas, Nevada. The boutique offers tops, bottoms, dresses, jumpsuits, jackets, accessories, and sets. They also sell shoes. The price range of the clothing starts from $42 and goes up to $98.

It was an American reality competition series that aired on Bravo in 2013. The show was centered around Kandi Burruss and her team as they helped 16 aspiring artists to start their career in the music industry. However, the show only aired for one season.

Burruss started Kandi’s Arts & Entertainment Summer Camp in partnership with the young family YMCA. The fee for the camp is $110 per week, excluding a registration fee of $40.

Burruss’ wedding to her husband Todd Tucker was aired as a five-part wedding series called Kandi’s Wedding on the Bravo cable network. Kandi’s Ski Trip was a reality documentary TV series which followed Burruss, her husband, and their family on a ski trip together.

Additionally, Burruss also has an independent label called Kandi Koated Entertainment. Besides earning money, Burruss has also invested her time and resources by starting Kandi Cares, which provides education and other support to single parents and kids of single parents.

Kandi also has her own YouTube channel called KandiOnline, where she uploads videos about herself and her songs.

Talk about dreaming big! Burruss is a smart and intelligent businesswoman, and with her hard work and determination, she created a beautiful house for herself and her family. 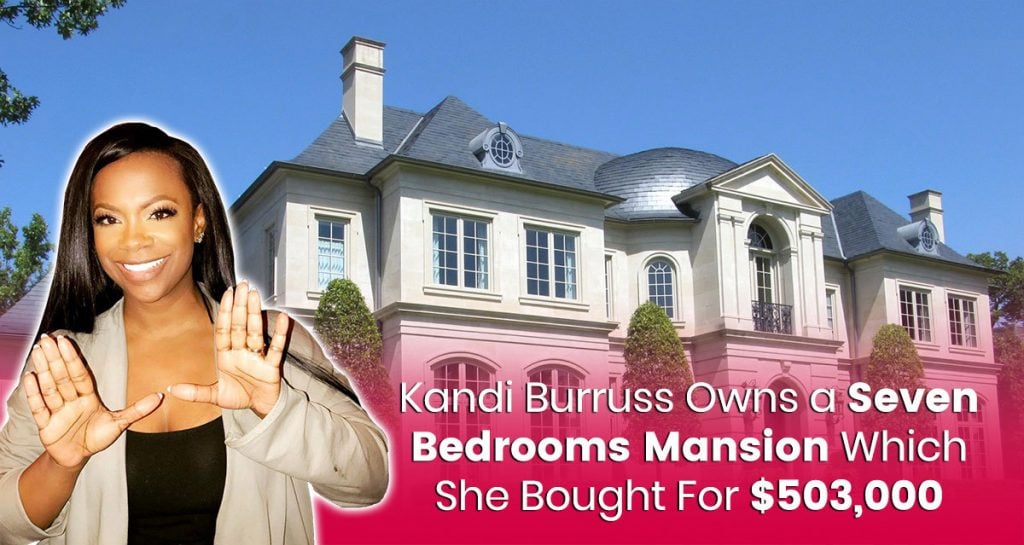 You must have seen her impressive house on Real Housewives of Atlanta. She bought the house in 2012 and it is located in a wealthy gated community, in Atlanta, GA. Her house has an indoor pool, a spa, seven bedrooms, and nine and a half bathrooms at approx. 7,000 sq ft. According to reports, Burruss bought the house for $503,000 and spent a good amount to renovate it. Since she is a singer, it comes as no surprise that Burruss has a piano in her house and that is apparently her favorite section in the house. She has her piano covered with crocodile print which gives it a unique look.

Her walls and ceilings are also covered with crocodile print; maybe she is a huge fan of crocs? Burruss certainly knows how to turn old things new again; she found two old and worn out chairs on an online website and she transformed them into very chic pieces using red paint.

Burruss is a huge fan of paintings and made sure that her house has plenty of them. Her dining room’s floor is made of gorgeous marble and it looks like a lavish room with plenty of sunlight that floods in. Her biggest challenge was to get her hands on a round dining table and she successfully found one for her house in North Carolina.

To fill up her living room to entertain her guests, Burruss made sure to invest in a huge tufted sectional couch where all her friends could chill together. To complement her couch, she also searched high and low for a huge coffee table, which according to her, is an important piece in her living room. Her decorator found a dining table and chopped the legs off to turn it into a coffee table. There is even a wall full of photo frames as you go up the stairs.

She also has a bulldog named Georgia and Burruss seems to be pretty fond of her. Back in 2002, Burruss purchased a house for $230,000 that had four bedrooms and two and a half bathrooms. It was a 2,901 sq ft house located in East Point, Georgia. She originally listed the house for sale at $259,900 but finally had to sell it off for $230,000

Where Is Kandi Burruss Now?

It looks like the reality star likes to keep her hands full. Currently, Burruss is focusing on the opening of Kandi’s Arts & Entertainment Summer Camp. The camp is open for kids who fit into the age group 8-14.

Burruss’ music group, XSCAP3 reformed in 2017. However, on February 2018, Burruss announced that she would be taking a break from the group to concentrate on Broadway. Additionally, Burruss is currently appearing on Real Housewives of Atlanta Season 10 Reunion.

Here’s How Much Kandi Burruss is Worth Compared to Her Real Housewives of Atlanta Contemporaries: