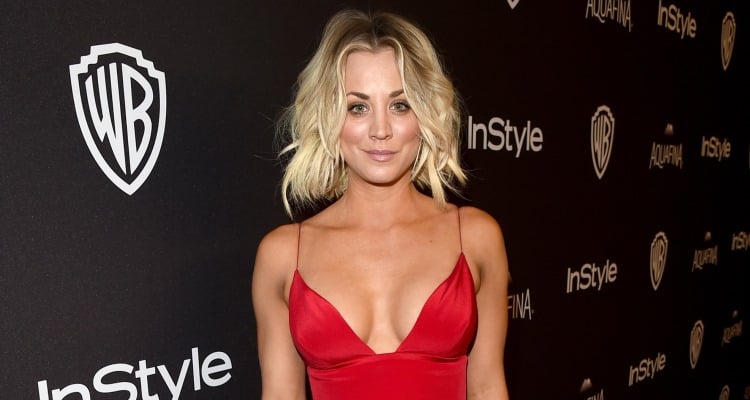 Kaley Cuoco’s birthday is only a day away and to celebrate her big day, we’re sharing some adorable Instagram photos of the star!Check out our Kaley Cuoco wiki to learn more about her and see some sweet pics!

Big Bang star Kaley Cuoco’s birthday is Wednesday and the actress will be turning 31! To celebrate the years of entertainment she has brought to the screen, we’re sharing facts and photos about the star in our Kaley Cuoco wiki. If you want to know who that handsome guy is in many of her recent Instagram photos, and what she’s been up to in her acting career, stay tuned. Here’s all you need to know about the Californian cutie!

While acting in her role as Penny in Big Bang, Cuoco privately dated her co-star, Johnny Galecki (Leonard Hofstadter) for about two years, until December 2009. This also coordinated with the time that the two stars’ characters dated on the show! Since their breakup, the couple remained on good terms, as she told CBS Watch in September 2010. In 2011, she was engaged to Josh Resnik, an addiction specialist, but they called it off by March 2012. After three months of dating, Cuoco was then engaged to professional tennis player, Ryan Sweeting in September 2013. On December 31, 2013, they were married in Santa Susana, California, however almost two years later, September 15, 2015, they mutually decided to divorce. The decision was finalized in May 2016.

Cuoco told The Talk earlier this year that she is in a relationship with an equestrian named Karl Cook, and it’s evident the couple are very much in love. Just check out her Instagram! Her username is even “@NormanCook”! She told the magazine, “We met at a horse show. I finally found my horse guy. I know. It was meant to be. He’s an amazing, amazing rider. Rider and jumper. Amazing equestrian and great human. We share obviously, our passion for horses and dogs and all that. And it’s been lovely. So great.” Check out some of the images below that she shared ahead of her 31st birthday!

The sweetest photo of them all! We’re not sure who Kaley loves more; her dog or her dude!

All bundled up! Cuco strikes a chilly pose with her lover.

Could they be any more adorable?!

Last year, to celebrate her big 30th birthday, the star posted a photo of herself jet setting around, with a glass of wine and a sparkly party hat!