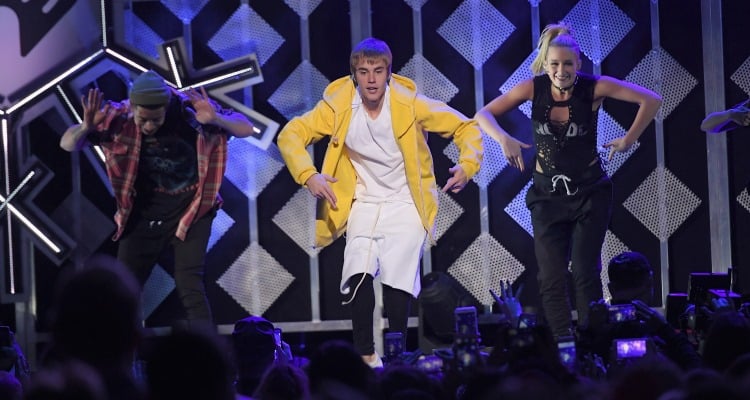 It’s been a few years since Canadian pop singer, Justin Bieber was at the Jingle Ball 2016, but he made a comeback this year during the star-studded show at Madison Square garden in New York City. Anyone who wanted their Justin Bieber concert tickets badly enough had to get them early on, before tickets were overpriced or sold out entirely!

The iHearRadio Jingle Ball 2016 is an annual holiday concert that consists of a 12-date tour throughout the United States. It brings together all the hottest artists in the music industry and never disappoints its fans!

Special guests such as The Chainsmokers, Ariana Grande, Britney Spears, DNCE, Hailee Steinfeld, and more are some of the musical guests who have joined the Christmas themed tour since it started on November 29, in Dallas. One of the stars that stood out above the rest was none other than Justin Bieber himself. The 22-year-old took the stage in a yellow hoodie, white t-shirt and shorts. The Internet is full of Justin Bieber songs and Justine Bieber pics from the event, and fans will be able to catch the “Sorry” singer’s TV and live stream performance on the CW network, tonight at 8:00 p.m. EST.

Bieber took the stage on December 9 and was introduced by none other than Sex and the City alum, Sarah Jessica Parker. It may sound a bit odd to have her of all people to introduce the teen heart throb, but then again, she’s as synonymous with New York City and The Empire State Building. We wouldn’t be surprised if a few people didn’t know who she was—after all, Sex and the City aired ages ago—if you don’t count the movies.

Bieber is not only known for his ability to summon a massive crowd of followers and fans (both on and off the stage), but he’s also known for his lack of professionalism in his shows. Thanks to media’s around-the-clock coverage of the Canadian singer, we have seen Bieber walk off in the middle of shows (without warning), throw underwear back at overzealous fans, and deny fans meet and greets. The “Beliebers” couldn’t believe they were seeing their beloved idol do that! But thankfully, the Biebs (does anyone else still call him that?) got his act together in time for the Jingle Ball 2016. It looks like the Christmas spirit has touched even the young singer, who may just get a gift from Santa after all!

For his opener, Bieber sang “Where Are U Now?” and then he quickly transitioned into “Company.” The Grammy nominee knows how to get the crowd moving and got everyone in the party mood for the holiday.

“I’m honored to be here,” Bieber told the crowd. “This is one of my favorite places to perform.”

The Jingle Ball Tour is a 12-date concert, with performers changing from city to city. This year, the annual holiday concert kicked off on November 29 in Dallas, Texas and will wrap on December 18 in Miami, Florida. 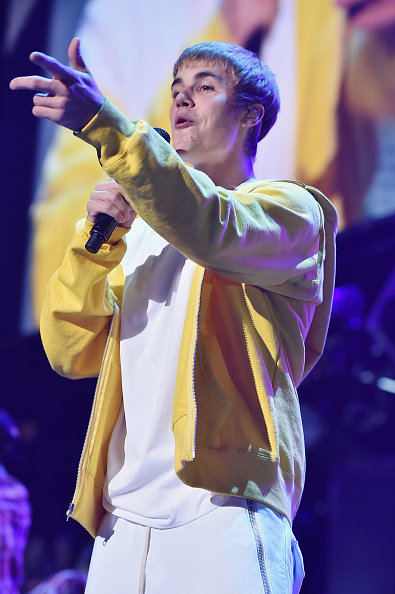 Bieber’s performance will air tonight on The CW network at 8:00 p.m. EST.