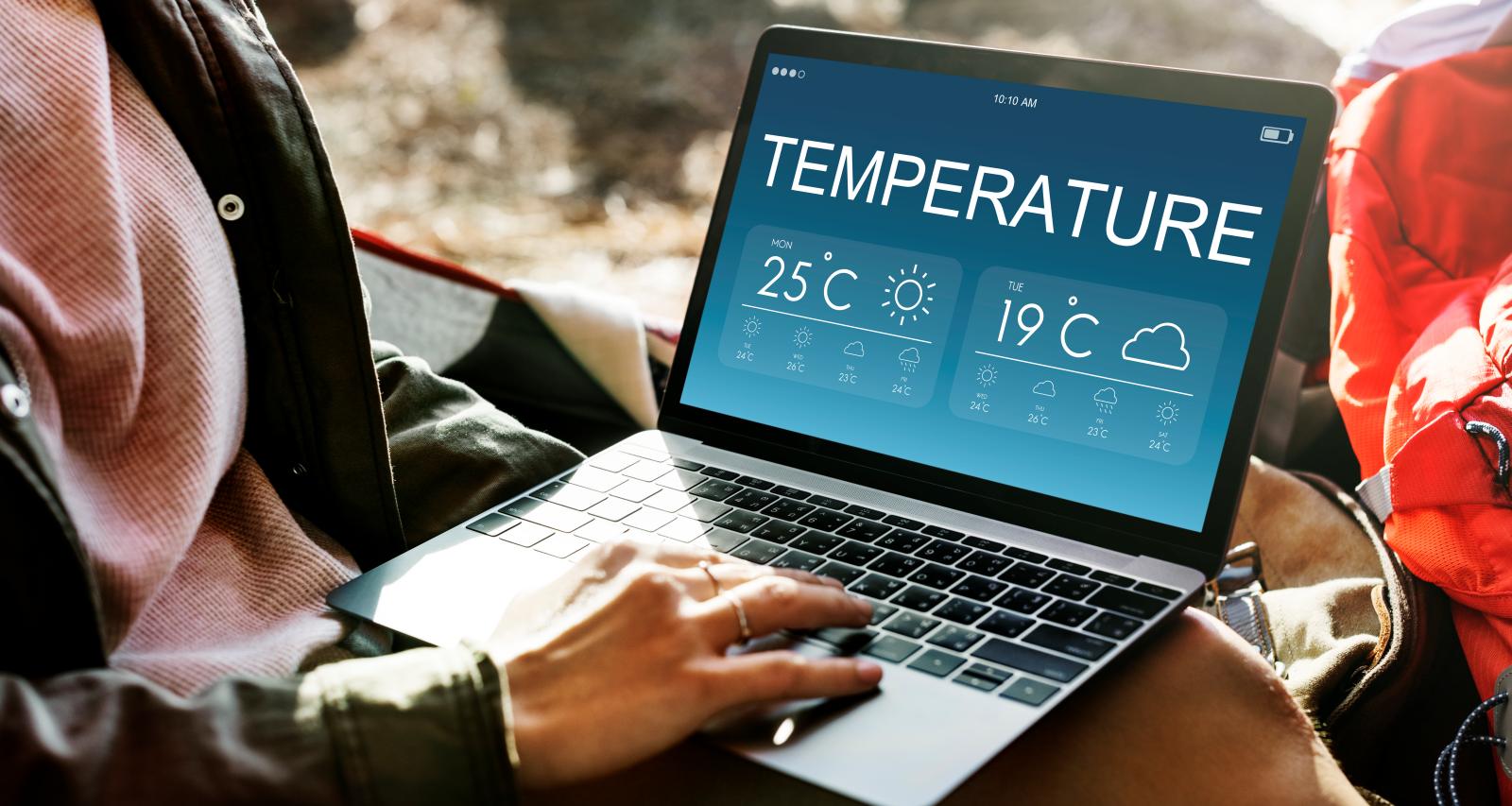 Baltimore, Maryland residents are familiar with Justin Berk, an unconventional weatherman who has featured in multiple local media outlets. Berk was the meteorologist on WMAR, and ran a weather column called “Baltimore Weather Examiner” for Examiner.com. His career began with his obsession with the weather, and it’s said he has a compulsive need to get the latest weather updates out to his followers. His forecasting style is often parodied on social media, and his polarizing opinions strike a nerve. Nonetheless, the Twitterverse wants to know who the self-styled “weather nut” is. So we have all the details in this Justin Berk wiki.

Justin Berk was born on April 5, 1973, in the Bronx, New York. He grew up between New York City and the northern suburbs.

Berk’s parents divorced when he was three, and his childhood was tumultuous during the two years his parents battled for custody of him and his brother.

Berk was in and out of foster care while his parents battled it out in court. His father was granted custody of both boys, and later remarried.

While his father’s remarriage was a welcome stability for the family, money was tight. Berk’s parents were public-school teachers in the Bronx, but they ended up moving to the suburbs where his father worked extra jobs.

His father did weekend shifts at a department store and sold IRA bonds to make ends meet. Since they couldn’t afford a place nearer to his jobs, he had to commute for more than an hour each way.

Berk describes his hardworking father as the “most generous person” he has ever known.

Even through all the hardships he faced in his childhood, weather was a fascinating thing to Justin Berk. It started when he was around five years old and a blizzard had forced NYC schools to close. He later realized that the weather news on television didn’t always match what he was seeing outside his house.

Following weather updates in the paper and on television became Berk’s obsession as a child. “It got to the point where, sometimes, I’d go into the bathroom in front of the mirror and pretend I’m pointing to a weather map and doing the forecast,” he recalled.

When Berk was in eighth grade, he suffered a series of health-related setbacks. It started with getting hospitalized for a staph infection, which the doctors initially thought was cancer.

He wasn’t out of the woods when he suffered through other complications from surgery, including a high fever and swollen leg. The doctors first suggested amputating the swelling appendage, but reconsidered the decision.

He then developed an allergy to penicillin, and had no choice but to try a different and new drug. Berk believes this drug affected his thyroid and stunted his growth. Years passed before he felt like his old self again.

It was these experiences that led to Berk working with the Cool Kids Campaign, and later co-founding Just in Power Kids.

Berk jumped back into his passion for weather reporting. He earned his BS in atmospheric sciences from Cornell University in 1995, and immediately began his on-air meteorology career with three Syrcause-based stations.

He continued working in New York until 1997, when he moved to Baltimore, Maryland and started at WBAL. In 2001, he also freelanced for Pennsylvania’s WPHL, before leaving both in 2003 for WMAR.

Berk was part of the NASA postdoctoral program at the Goddard Space Flight Center for a few months in 2011, and left WMAR the following year. (He’s also an adjunct professor at Stevenson University, a position he’s held since 1999.)

From 2007 to 2014, he ran a weather column called the “Baltimore Weather Examiner.” He briefly left, but returned to the column. Currently, the column is run by Tony Pann of the WBAL weather team.

Berk instead started Just In Weather, LLC in 2012. He operates a website, justinweather.com, that functions as a blog, similar to his old column. The company also launched an award-winning weather app for kids.

Justin Berk was previously married to Deborah Berk. They are parents to two sons (born in 2006 and 2010), and the older of the two helped inspire the kids weather app. Justin and Deborah finalized their divorce in 2017, and share custody of their sons.

He later began seeing a physical therapist, Shannon Simmons, and they were engaged in January 2018. They tied the knot later that year on August 12, 2018.

Shannon Berk, who goes by “Weather Wife,” has a daughter from a previous relationship. According to Berk, his “bonus daughter” is an amazing artist.