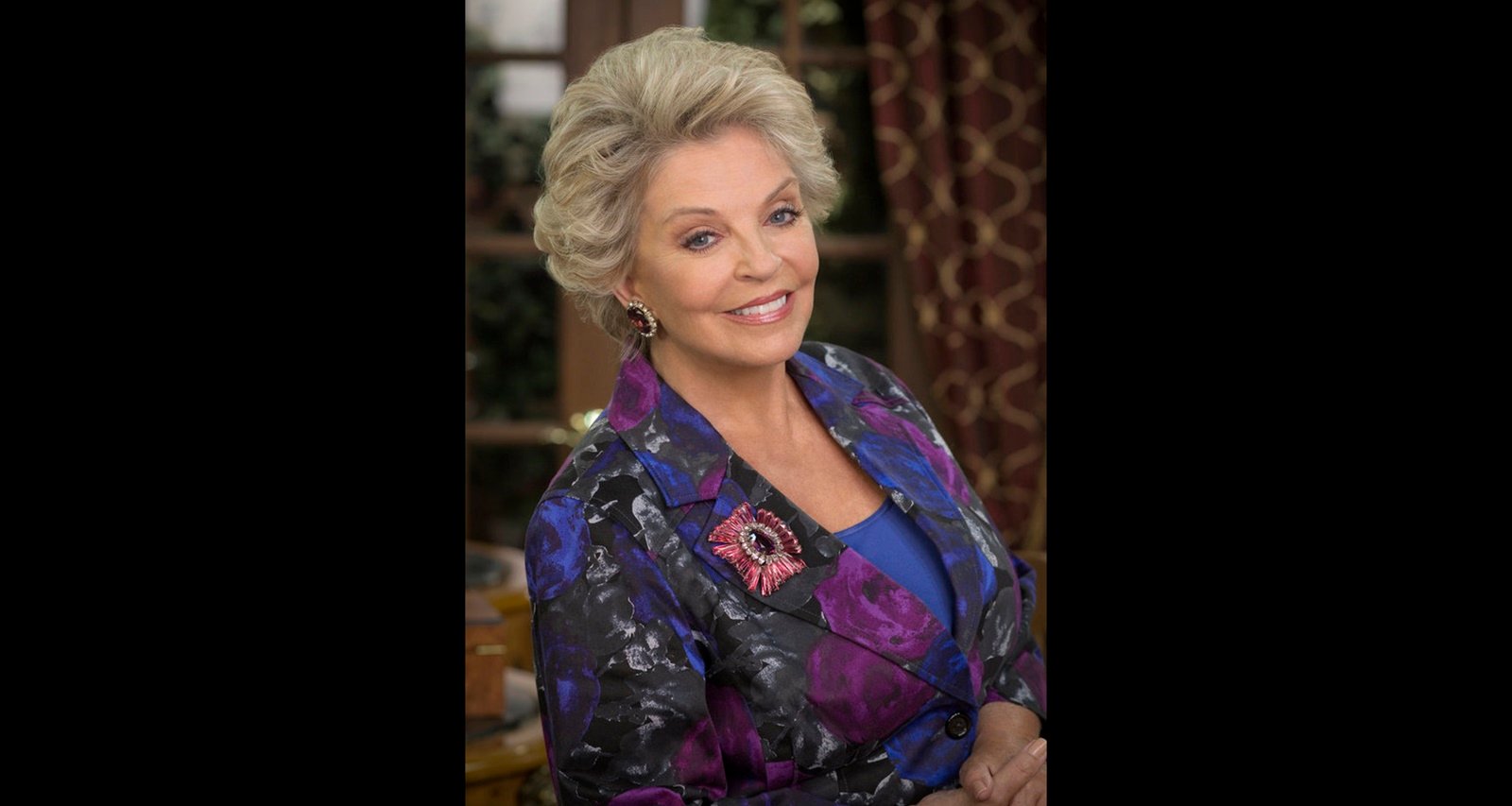 Susan Hayes as Julie Williams in Days of Our Lives, Photo by: Paul Drinkwater/NBC

Julie has been drumming up drama in Salem since 1965 and we can’t imagine Days of Our Lives without her. She has had some narrow saves and made us think it would be the end of the road for Julie many times in the past. This week on DOOL, Julie suffered a heart attack, worrying her fans that the show is setting the stage for the irreplaceable matriarch’s grand exit. Is Susan Seaforth Hayes, who has been Julie for five decades, leaving Days? Here’s why you don’t have to worry about saying farewell to Julie yet.

Julie first debuted on DOOL as a rebellious teen played by Charla Doherty in 1965. After recasting the role twice, Susan Seaforth Hayes stepped into her shoes in 1968, and is the only Julie DOOL fans have known since.

Together with her on-screen husband, Doug Williams, played by her off-screen husband, Bill Hayes, they reign as daytime’s ultimate supercouple. Julie even celebrated 50 years on the show in 2018. That’s why we can’t imagine Days without Julie.

This week, though, Julie has given viewers a scare. A few episodes ago, Julie was celebrating Chloe’s (Nadia Bjorlin) departure for New York. She was now free of her business partner and able to run Doug’s Place as she wanted to.

However, her celebration didn’t last long before she had an explosive altercation with Gabi. During the fight, Julie suffered a heart attack and Gabi (Camila Banus) left her without doing anything to help.

Luckily, Ben (Robert Scott Wilson) found Julie and saved her. There have been rumors that Ben is leaving DOOL, too. But there’s no confirmation of this news.

Julie is currently seen fighting for her life in the hospital. Her fans are just as anxious as her on-screen loved ones to see her pull through this health scare.

This recent development has led many fans to worry that Susan Hayes is exiting DOOL. But even before Julie’s health scare, Susan had assured us we’ll be seeing Julie for a very long time.

Susan and Bill Hayes’ joint Twitter account is the best place if you’re getting nostalgic about the early Days. And it’s also where the daytime power couple gives us some great news related to the show. 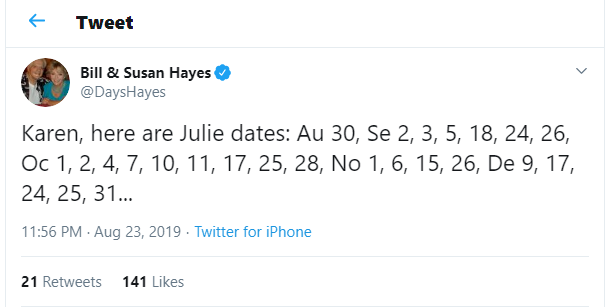 Susan Hayes’ Twitter shows her future dates on the show “Days of Our Lives” till Dec 2019.

Susan Hayes’ Twitter shows her future dates on the show “Days of Our Lives” till April 2020.

Back in late August, they responded to a curious fan with a couple of tweets revealing the dates Julie’s episodes will air. Rest assured, we’ll be seeing Julie at least until April 23, 2020.

Heart transplant or not, Julie is one tough cookie who’s not going anywhere!