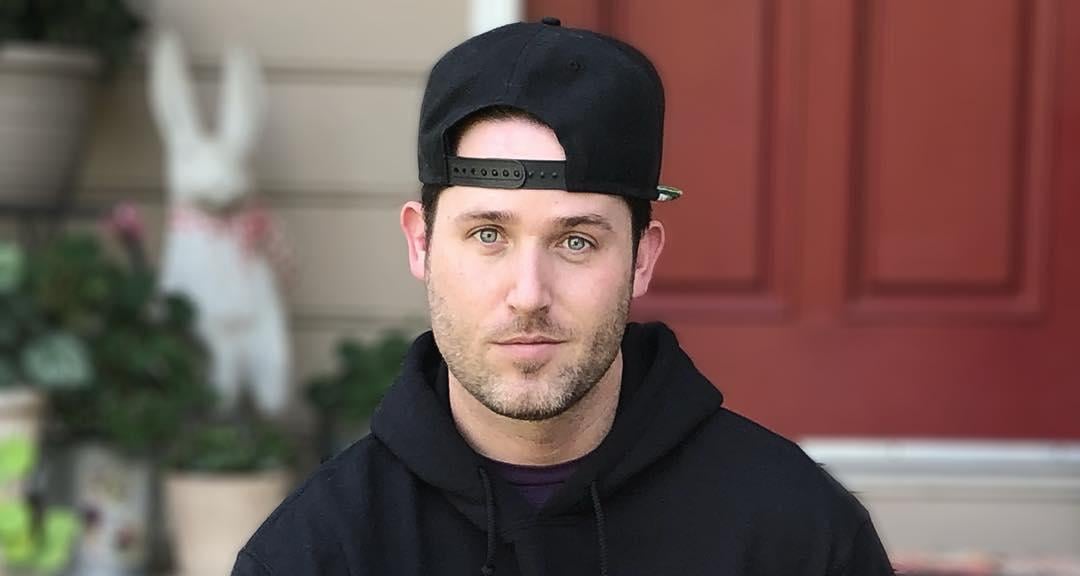 Joshua David Evans is a famous YouTube vlogger and fellow YouTuber Colleen Ballinger’s ex-husband. Evans recently got engaged to a new woman and has started a new chapter in his life. If you want to know more about him, then have a look at our Joshua David Evans’ wiki.

Evans attended Tattnall Square Academy in Macon, Georgia while growing up. Not surprisingly, he also went to the American Musical and Dramatic Academy.

While at the academy, he learned the ins and outs of acting and singing and graduated in 2004.

Evans is very active on YouTube and he has earned himself quite a following over the years. His channel, JoshuaDTV, has over 1.3 million subscribers! He mostly posts vlogs, song covers, his own music, and vlogs on his life.

The 34-year-old also has plans to release his own album soon. He also posts a lot of challenge videos and pranks and loved to keep his fans entertained with his regular antics. And he often plays the character of “Sara Dikulous” on his channel.

He has worked with a lot of different companies and bands in the past. Evans was a producer and on-air host at Ultimate Shopping Network. He was a product specialist and presenter at Productions Plus – The Talent Shop.

Evans was the lead vocalist of The Cat’s Pajamas, which was a vocal band. He was associated with Windwood Theatricals & Production for a few months. 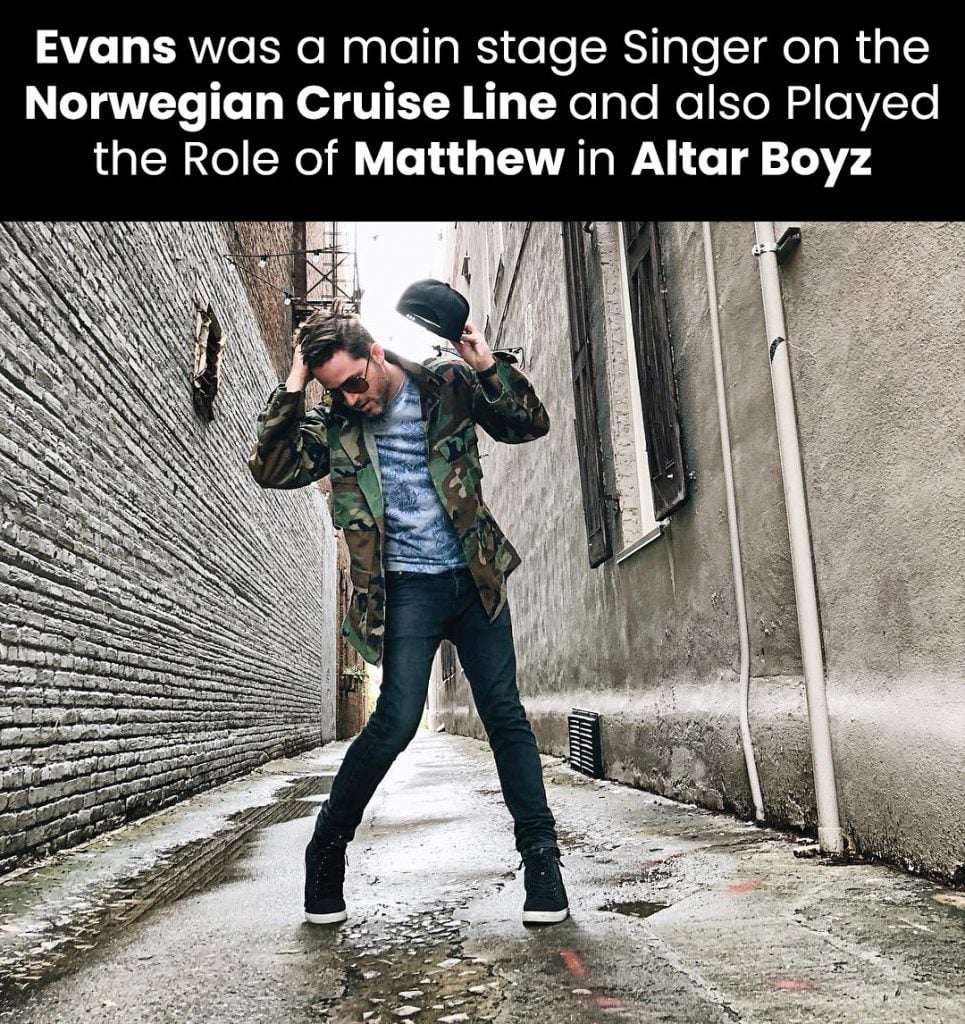 Additionally, he played the role of Matthew in Altar Boyz. Evans was a main stage singer on the Norwegian Cruise Line. He was a partner manager at Fullscreen, wherein his job was to find out, sign, handle YouTubers with interesting channels.

Evans joined YouTube in 2008, and he is fully absorbed in it now. He also promotes his merchandise on his channel. His motto in life is to be nice to people. 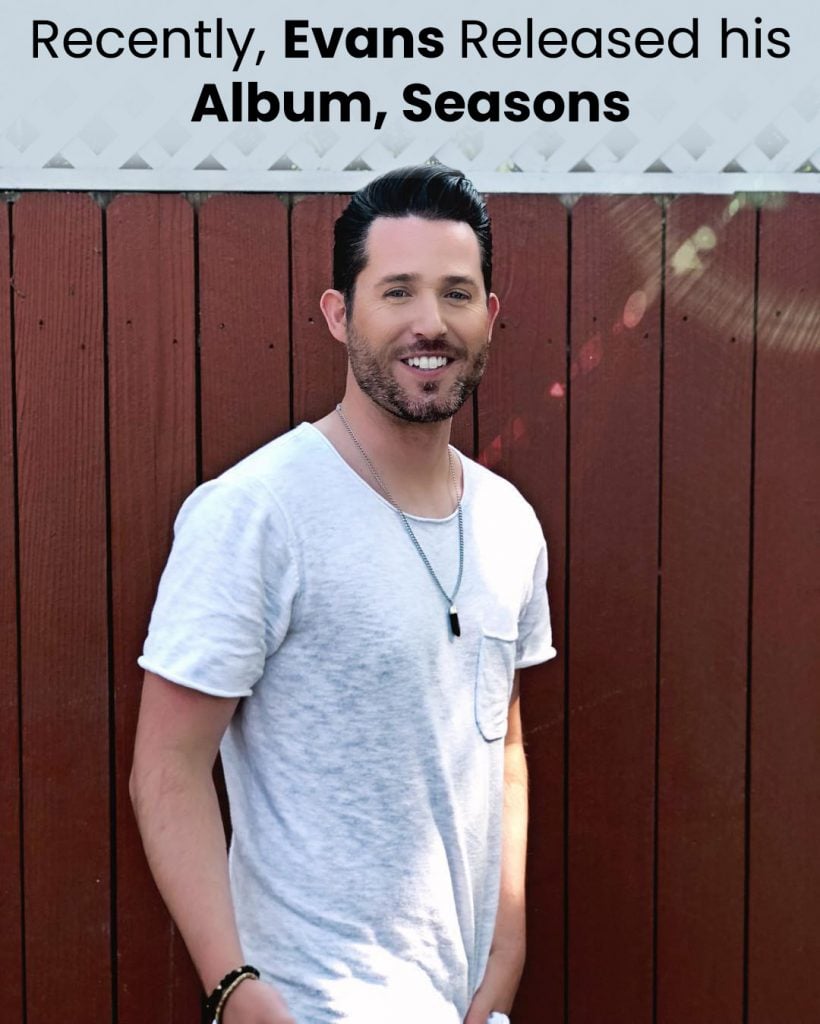 Recently, Evans released his album, Seasons. He has often collaborated with his brother and sister to create music.

In between, he also started the show on YouTube called What’s Up Internet. It didn’t do well and ultimately it got canceled.

He Was in a McDonald’s Commercial

Joshua David Evans’ Instagram account has a post of the McDonald’s commercial he did for them. It indeed is an entertaining advertisement, and he still can’t believe that he was chosen to be in the commercial.

Joshua David Evans saw Colleen Ballinger’s video in 2012 and messaged her on Facebook. Eventually, they started talking to each other and the day they met in person, they said, “I love you.”

Ballinger spoke about how she first thought Evans was a stalker and said, “I [Googled him], I stalked him on Facebook, because he first stalked me. He knew everything about me. This is a stalker, I should be careful. My parents were terrified, they thought he was going to be an axe murderer.”

The couple got married to each other on July 2, 2015, in a surprise wedding because no official dates were announced. However, a year after their blissful wedding, the couple got divorced in 2016.

Ballinger made a video where she talked about her divorce. At the start of the video, she was almost in tears.

In the video, she said that its very painful and hard to talk about it. Ballinger explained that Evans is a very nice guy and she loves him.

She said the reason why they got divorced is that they had a rocky relationship from the start and they fought a lot.

Ballinger also stated both were unhappy in the relationship and that she couldn’t make him happy. She even made it a point to say that she doesn’t want anybody to send Evans any hate because he’s not a bad person.

Evans also released a video about their divorce in which he said that the divorce was Ballinger’s idea and he wanted no part in it. He explained Colleen was divorcing him and that he didn’t choose the divorce.

The YouTuber didn’t want their marriage to end and wanted to be with Ballinger. So, he decided to take a break from this channel for a while.

Evans and Ballinger were together for eight years and married for one.

Evans is the second child born to Greg and Lisa B. Evans. His mother lives in Macon, Georgia, and he has a brother, Jeremy Evans, who takes art classes.

Jeremy Evans is married to Erin Watts-Evans, and judging by her Facebook photos, she is very much into fitness. The couple has two kids together named Lorelei and Landon Evans.

He also has a sister, Erin Elyse Evans, who lives in Los Angeles, California. She studied art history at Georgia State University and currently works as a library assistant and special collections at Getty Research Institute.

Erin Evans has been in a relationship with Adam Trent since August 9, 2015. 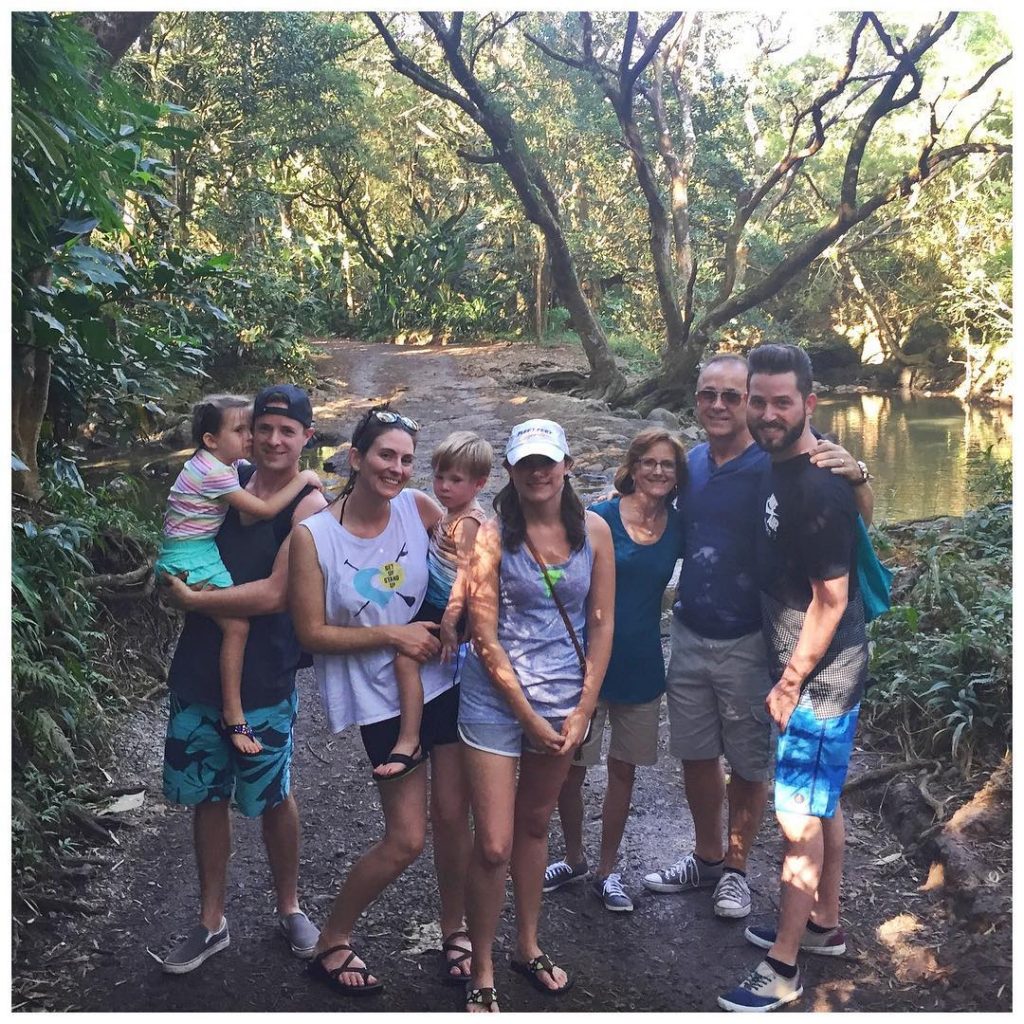 Joshua Evans with his family. Credits:Instagram/joshuadtown

In April 2018, Joshua David Evans revealed that he was in a relationship with actress and musician Pamela Rose Rodriguez. They’ve known each other for 15 years and he is over the moon to be with her. But he choses not to exploit his relationship and wants to keep things private.

Evans later took to Instagram and shared a photo of him going down on his knee and proposing to her. Of course, she said yes to him and now they are happily engaged to each other. 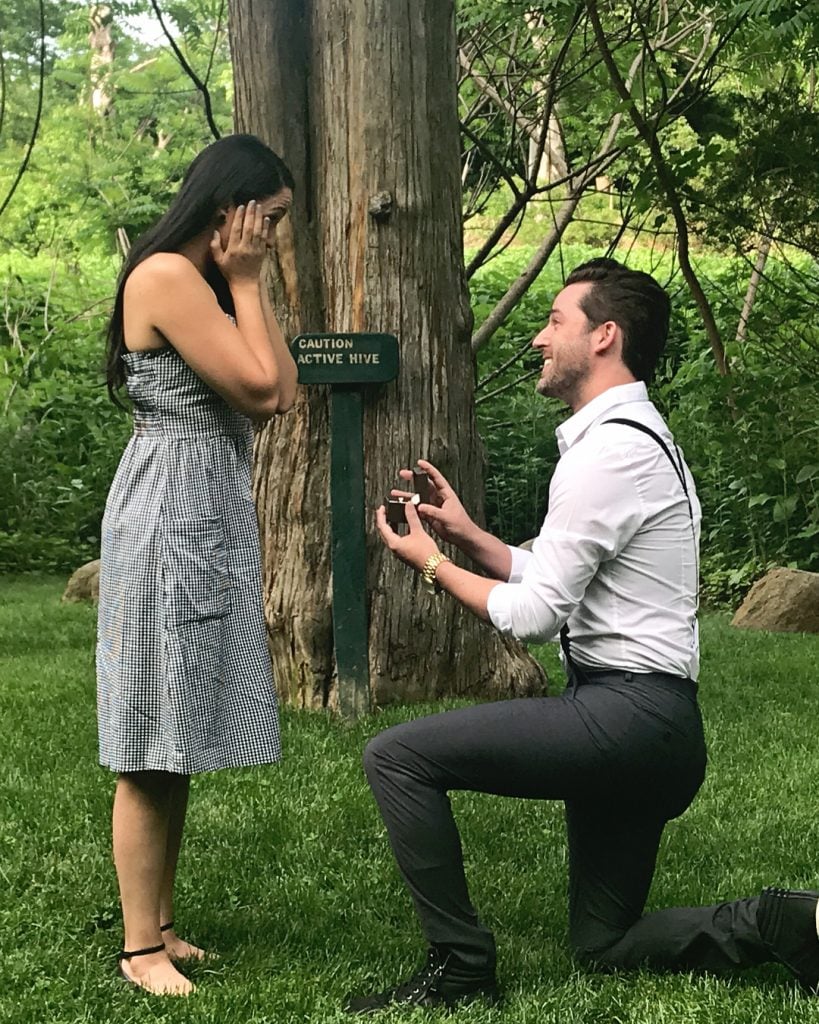 Rodriguez studied at Playhouse West Brooklyn Lab. She was also active on YouTube and posted cover songs in the past. However, she doesn’t seem to be very active on it now.

Like Evans, Rodriguez is also into music and she keeps posting videos of her songs on Instagram.

Evans has used his fame to good use. His merchandise with the catch phrase, “Be Nice to People,” is quite famous. His fans can buy merchandise like T-shirts, phone cases, sweatshirts, posters, cushions, and caps.

When fellow YouTuber Trisha Paytas talked about her breakup with Jason Nash, Evans said that he felt their breakup was fake. Well, she didn’t take it well and called out Evans for still talking about his breakup.

In fact, Trisha Paytas revealed that Evans used the same ring that Colleen Ballinger wore when they were married to propose to his fiancée. She says that Joshua David Evans is trying to get more views by creating drama.