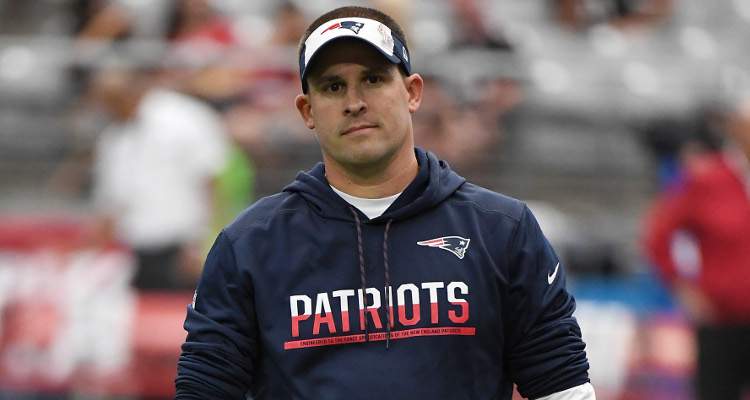 On Tuesday, the Indianapolis Colts happily announced that Josh McDaniels would be their new head coach. However, in a shocking turn of events, McDaniels backed down and withdrew from the position!

A few hours later, Adam Schefter (who works for ESPN) tweeted that McDaniels decided to stay with New England! He said that Robert Kraft, who is the owner of New England Patriots, “sweetened” his contract to entice him to stay with the team.

A lot is known about Josh McDaniels’ professional life, but how much do we know about his personal life? Who is his wife, Laura McDaniels? Since the spotlight has been thrust on him, many are looking to learn more about his leading lady! If you want to know more about Laura McDaniels, their family, and more, then keep reading!

She was born Laura Michelle Johncock on July 27, 1977, which makes Laura McDaniels’ age 40. Her parents are Ronald and Marie Johncock, and she has a younger brother named Michael Johncock.

According to sources, Josh and Laura McDaniels met each other in 2000, when they both worked for FiberTech, a plastics company located in Cleveland. The company profile says that they offer “complete plastics solution for material handling and storage, including custom rotational molding, repair, and, recycling.”

Two years after they met, the couple decided to walk down the aisle in 2002. They have four children together named Maddie, Jack, Livi, and, Neenah.

In an interview, Laura McDaniels said about her husband, “This line of work can swallow you up. But when he’s with the kids, he can stop what he’s doing and talk about the school dance. That wasn’t easy for him. He’s worked on it and still is working on it. I think he has changed.”

In October 2015, The Patriots Charitable Foundation planned a trip for its volunteers to meet and pamper breast cancer survivors. The volunteers, who were mainly the coaches’ and players’ wives, met the survivors, spent quality time with them, and indulged them in a spa treatment.

McDaniels was grateful and happy to be a part of it and said, “I’m inspired. I’m motivated to do more. Each of their stories are very unique and heartwarming.”

Laura McDaniels loves to stay healthy and fit and loves to do Pilates. It helps to strengthen different parts of the body, as well as increase flexibility and improve posture.

After McDaniels’ family moved to Massachusetts, Josh McDaniels had a Pilates studio built in their home as a birthday gift to his wife.

In 2012, Laura McDaniels took to Facebook to flaunt her birthday gift and wrote, “Four hours after beginning the assembly, my home pilates studio is finished!!! Thank you to my hubby for a great birthday gift. Only two things missing – of course the ladder barrel and one of my bestie’s Molly to keep me pushing myself. If anyone is looking for me tomorrow, I will be busy scooping and getting this awesome equipment broken in. [sic]”

Very Supportive of Her Husband’s Career

Laura McDaniels is a supportive wife who is very proud of her husband and his career. She is often seen sitting in the stadium cheering for her husband’s team and was spotted at Super Bowl LI.