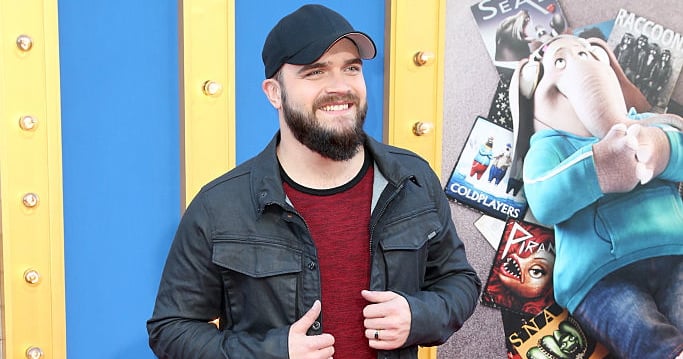 The Voice finalists 2016 are down to four: Billy Gilman, Wé McDonald, Sundance Head and Josh Gallagher! All four have done a terrific job throughout season 11 and fans are excited to watch them perform their hearts out on tonight’s stage for the two-part finale. Until then, here are some fun facts about Josh Gallagher, The Voice finalist!

Tonight’s Voice episode will kick off the two-night finale and the top four contestants will need to prove to the judges and the audience why they deserve the winning title. Josh Gallagher, 25, was the fourth and last addition to the top four lineup last week on Tuesday (December 6). He won the Instant Save and reminded the world why he deserved to make it this far. He performed a heartfelt rendition during the semifinals of “Danny’s Song.” Josh Gallagher’s “Danny’s Song” cover was beautifully done, so good that the judges, specifically Adam Levine, closed their eyes to enjoy the sound of his voice. Watch the video below to hear him play.

Although he wasn’t born into a musically inclined family, he realized as he was playing baseball at Penn State Allegheny, that he was made for music. He left college to pursue his music career, but his parents were disappointed in his decision. That was until his true talent began to shine in Nashville. Thanks to The Voice, Gallagher has the opportunity too take his career beyond Music City, U.S.A. Fans who have been rooting for the Pennsylvania-born performer since day one, can listen to Josh Gallagher’s songs on iTunes. “Danny’s Song,” “Real Good Man,” “Why,” “My Maria,” “Colder Weather,” “Drunk On Your Love,” “Stay A Little Longer” and “Stanger In My House,” are all available to download and enjoy! NBC’s website also has highlight videos of Gallagher’s time on the show. You can watch his performances of the previously mentioned songs, plus more!

“Stay A Little Longer,” is the song that initially got the judges’ attention when Gallagher first started on The Voice. Alicia Keys and Blake Shelton competed for him, and Gallagher sided with the country music star. Unfortunately, Gallagher had to say goodbye to Shelton when the judge eliminated him and chose country singer, Sundance Head over him. Thankfully, Adam Levine was ready to pounce! He stole Gallagher saying, “You’ve just gotten better and better and better. A guy like you could go so far on this show and beyond. I think the sky’s the limit for you.”

The Voice airs Mondays and Tuesdays at 8:00 p.m. EST on NBC so don’t miss the finals! They begin tonight!