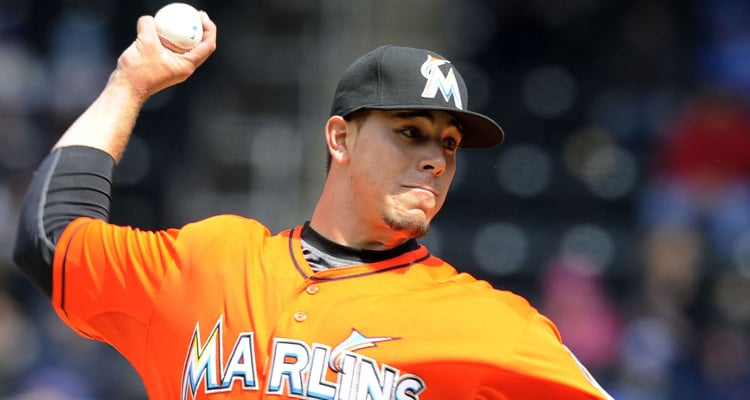 One of baseball’s youngest stars has gone too soon. Miami Marlins’ ace, 24-year-old Jose Fernandez passed way tragically in a boating accident on Sunday. The pitcher has quite a touching background story, from his defection from Cuba to saving his mother’s life to becoming a star pitcher for Miami. He shares an emotional story with his family, particularly his mother Maritza. Maritza is surely devastated by the loss as is Jose’s entire team. Many might be curious about Jose’s mother, his family, and his funeral. Fans who want to know more have come to the right place. We have all you need to know about Jose and Maritza Fernandez.

Jose and two of his friends died on Sunday, September 25, when his boat ‘Kaught Looking’ struck an unlit rock jetty in Miami Beach.

His teammates were devastated and paid tribute to him during the Monday night game against the New York Mets. The Marlins announced they would retire Fernandez’s uniform number (#16) to honor him. The opponents also expressed their grief at the loss of one of baseball’s brightest young stars. Jose is survived by his mother, stepfather, sister and grandmother, as well as his girlfriend, who’s currently carrying their child.

Here’s everything you need to know about Jose Fernandez’s mother, Maritza Fernandez.

Jose Saved His Mother from Drowning

Jose’s step-father, Ramon Jimenez defected from Cuba in 2005, before settling in Tampa. Jimenez was a doctor who aspired to become a licensed doctor in the U.S. He had made 14 attempts to defect from Cuba. Jimenez knew Orlando Chinea, a baseball coach who has trained top pitchers from Cuba. Jimenez arranged for Fernandez to train under Chinea, kickstarting the young Fernandez’s baseball career.

Maritza became a U.S. citizen in 2014. A year later, Fernandez acquired his citizenship, as well. It took Fernandez seven months to become a U.S. citizen, but his grandmother had no such luck. Fondly called, the “love of his life,” Olga Fernandez’s visa was rejected four times. Olga was reunited with her family in 2013, when Jose was crowned “Rookie of the Year” and also when he and Maritza acquired their citizenship.

Maritza Has a Daughter

Jose Fernandez has a sister named Yadenis Jimenez, who was with him and his mother when they successfully defected to America. During their previous attempts, they were caught and Jose served brief prison stints. On their successful trip, Yadenis nearly lost her brother and mother, when Maritza fell overboard and nearly drowned. When the three of them made it to Mexico, they traveled to Texas and eventually settled in Florida.

Jose Fernandez has left behind a family and teammates who will never forget the star pitcher. He had bright future ahead oh him in the MLB, had he not gone so soon. He was also on his way to becoming a father, himself. His girlfriend, Carla Mendoza, is currently pregnant with their unborn child, and the pain of losing her love has been unbearable. Maritza and her family now have Jose’s child to care for and fill the void in their hearts.

I feel so blessed to be able to play the game I love!! #thankyouGod #JDF16