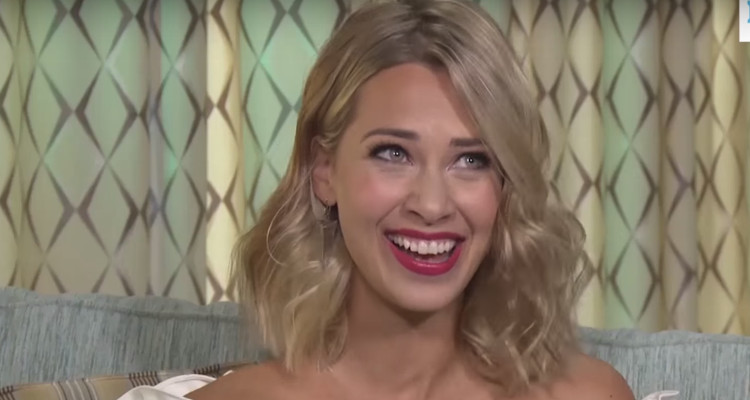 Jacinta Kuznetsov is dating Property Brothers star, Jonathan Scott. The couple have been going strong for over a year now, and there are rumors that the two may soon get married! Kuznetsov also works with Scott as a development producer for Scott Brother’s Entertainment, which creates quality content for TV, film, and the web. Learn more in Jacinta Kuznetsov’s wiki.

Jacinta Kuznetsov and Jonathan Scott have been dating for over a year now. The two have practically been inseparable since first meeting at a charity gala two years ago. As Jacinta Kuznetsov’s wiki will show, it was not love at first sight for her. However, Scott was determined to pursue her. After some social media stalking, the two went out on their first date, and the rest, as they say, is history! Jonathan Scott’s girlfriend has grown closer and closer to him, and today, the duo are more in love than ever. The quirky couple match each other’s energy and give us all #RelationshipGoals. And Scott is not shy about confessing his love for Kuznetsov on—and off camera! She previously worked as a producer on The Strombo Show, a Canadian music radio show, and now works with her boyfriend as a development producer.

# 2. She Has an Adventurous Side

Jacinta Kuznetsov, age 29, lives a life that most can only imagine. Not only do she and Scott make stunning red carpet appearances, but they look great even when just hanging out. Going by their social media posts, the two seem to be wanderlusters who often hit the road. So much so, that Kuznetsov’s Twitter location reads, “You will find me at an airport.” Though Jacinta Kuznetsov’s Instagram is more of a clean slate, Jonathan Scott often posts pictures of their travels on his account. From Canada to Cancun, New Orleans to Las Vegas, the couple are often found in spectacular locations across the world.

There is more to Jacinata Kuznetsov than her glamorous personality. She took part in Washington’s women march (along countless other women) this past January. Her Twitter accounts also gives a shout out to Sisterling, a charity organization that serves homeless and low-income women in Toronto. Apart from her ties to showbiz and the media, Kuznetsov believes in spending time with her community and is a proud feminist. She also spoke fearlessly on causes like global warming, as well as women and LGBTQ rights. Apart from Jacinta Kuznetsov’s hot pics, her Twitter account is a record of the multiple causes she actively supports and fiercely stands up for.

Hopefully Jonathan will follow in his brother Drew and his long-time girlfriend Linda Phan’s footsteps and tie the knot with Kuznetsov!

Reason 463 as to why I love @freshprincessofbelaire #ET #Halloween

I'd like to thank my co-star in the best fairytale a fella could ask for! #emmys

Thank you Uganda for the warm welcome and lifetime of memories. Tomorrow morn we head to Kenya #AfricaAdventures

We made it to San Francisco. First timers, any suggestions?! #RoadTrip