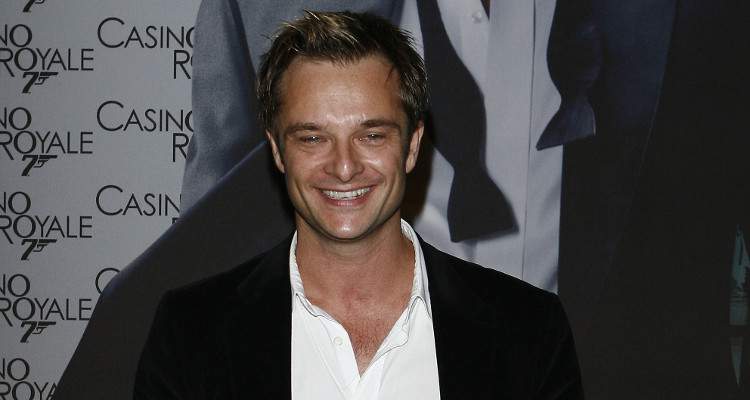 The world has lost yet another brilliant artist, and he was lovingly called the French Elvis. Johnny Hallyday, who was battling lung cancer for a long time, died at the age of 74. The news of Johnny Hallyday’s death was announced by his wife and the French President on Wednesday.

Johnny Hallyday’s wife, Laeticia Hallyday, released a statement which read, “Johnny Hallyday has left us. I write these words without believing them. But yet, it’s true. My man is no longer with us.”

Many celebrities took to social media to express their sadness and condolences.

Additionally, David Hallyday is the first cousin of Michael Vartan.

Besides being a singer and a songwriter, Hallyday is also an amateur sports car racer. He is famous for writing songs for other artists.

Some of Hallyday’s work includes a collaboration with his late father, Johnny Hallyday. David Hallyday and Johnny Hallyday worked together on the album, Sang pour sang, which was released in 1999.

David Hallyday has also made an appearance in the teenage comedy, He’s My Girl, which was released in 1987.

In 1989, Hallyday walked down the aisle with famous French model and actress, Estelle Lefébure. In the ‘80s and ‘90s, Lefébure was considered to be a top fashion model. She started modeling at the age of 19 and worked with some high-esteemed brands such as Cartier, Christian Dior, Samsung, Revlon, and Lord & Taylor.

Hallyday and Lefébure had two kids together named Emma and IIona Hallyday. However, their once blissful marriage came to an end, when the couple decided to get divorced.

Their divorce was finalized in 2001, but no reason was given for their split. For the sake of their kids, Hallyday and Lefébure remained amicable and celebrated many birthdays and festivals together on many occasions.

Post his divorce, Hallyday found love again in the arms of Alexandra Pastor. Pastor’s father was Michel Pastor, a businessman and art collector.

Hallyday and Pastor tied the knot in 2004. The couple welcomed their first child together, a son named Cameron, on October 8, 2004.

In an interview, Hallyday happily gushed about being a father and said, “It’s funny to be a father that you feel like you’re 18 years old yourself.”

Hallyday also talked about his relationship and marriage and said, “I never considered myself a seducer (…) I could not be with two women at the same time. I would not know. I understood very early that finding people who really love you for what you are is rare. I lived deep stories until the day I was no longer loved.”

It is truly a very sad and difficult moment for the family and friends of Johnny Hallyday. Hallyday won millions of hearts with his music, and his fans are mourning over his death.

Rest in peace, Johnny Hallyday. You will be greatly missed.