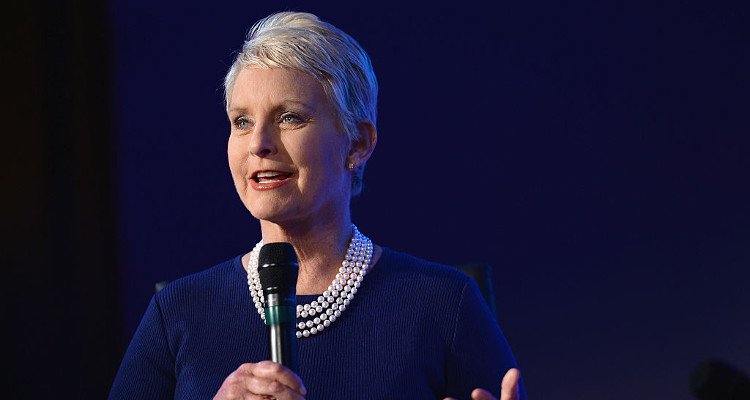 Arizona Senator John McCain has been diagnosed with a malignant brain tumor. He is currently considering treatment options while spending time with his family. John McCain’s wife and daughter have released statements regarding his health.

It’s a difficult time for the McCain family with Senator John McCain’s brain cancer diagnosis. But his wife, Cindy McCain, thanked his well-wishers and assured he’s a fighter. After all, the war hero has defeated cancer many times before. John McCain’s wife is his biggest supporter, especially in his political career. Find out more about John McCain and Cindy McCain’s marriage right here in Cindy McCain’s wiki.

Cindy Lou Hensley from Arizona has a bachelor’s degree in education, and a master’s in special education from USC. She was a high school teacher when she met John McCain, a former Navy officer who joined politics. Cindy was no ordinary teacher; she was the heiress to millions.

Her father, James Hensley owned Hensley & Co., one of the largest distributors of Anheuser-Busch beers in the U.S. She had initially declined a role in the family business to teach children with special needs. However, after her father’s death in 2000, she inherited his majority stake in the company.

It is estimated she has a net worth of $200.0 million. John McCain is said to be a rich man thanks to spouse-owned assets.

They Met When He Was Married

During his naval career, McCain married Carol Shepp and adopted her two sons, Douglas and Andrew. They also had a daughter, Sidney, together. Carol was a good friend of the Reagans who had come to her aid when McCain divorced her.

In 1979, McCain met the heiress at a party in Hawaii and courted her. At that time, McCain and Shepp were still married. But their marriage suffered after his return to the U.S. following his gruesome POW experience, and they were separated.

McCain and Cindy were quick to begin a relationship after their first meeting. She confessed years later that she didn’t know he was a married man.

McCain claimed he and Shepp had been separated for a long time, but only got divorced in 1980. Five weeks after his divorce was finalized, McCain married Cindy. His statements about his divorce conflicted with public records.

The Reagan family was upset with McCain and briefly stopped associating with him. Even McCain’s children didn’t attend his wedding with Cindy, and it would be years until they reconciled.

She Helped Advance His Political Career

When McCain set his sights on the Senate, he was working for his father-in-law’s company where he built connections with powerful and wealthy people. James Hensley used his political contacts to help him gain a foothold in politics. Cindy even campaigned door-to-door for her husband’s bid for Congress and was active in his campaign. Her family also contributed to his campaign financially.

When they moved to Washington, Cindy worked very hard to get accepted by the Washington political circle. She was considered an outsider by those who were known to Carol Shepp. The stress had even caused her to suffer miscarriages.

A homesick Cindy went back to Arizona to give birth to their first child. She tried to stay out of politics but supported her husband during his presidential bids.

She Adopted a Child

Cindy McCain is an active philanthropist. She founded the American Voluntary Medical Team, a non-profit organization to provide medical aid to disaster and war-torn regions. She even traveled with AVMT for relief work. In 1991, she was on one such trip in Dhaka, Bangladesh.

Cindy went to the orphanage run by Mother Teresa’s Sisters of Charity where she saw two little girls who needed to be brought to the U.S. for medical treatment. After getting the girls the required treatment in America, she adopted one of the girls with John’s consent. The other girl was adopted by their family friend.

Cindy named the girl Bridget, who is their youngest child. They also have three children, Meghan, John (called Jack), and James (called Jimmy).

More than two decades ago, Cindy underwent two spinal surgeries which made her addicted to painkillers. The addiction worsened when her husband was embroiled in the Keating Five scandal. She resorted to having an AVMT physician write illegal prescriptions in the name of employees unbeknownst to them.

Her family and husband weren’t aware of her addiction. But when her parents learned of it, they staged an intervention. She later came out clean to McCain and sought drug treatment.

AVMT was hit by her drug problems when a disgruntled employee tried to extort the McCains. Though the case was resolved in favor of McCain, AVMT couldn’t continue. Cindy dissolved AVMT, and she founded a family foundation to donate to children’s programs.