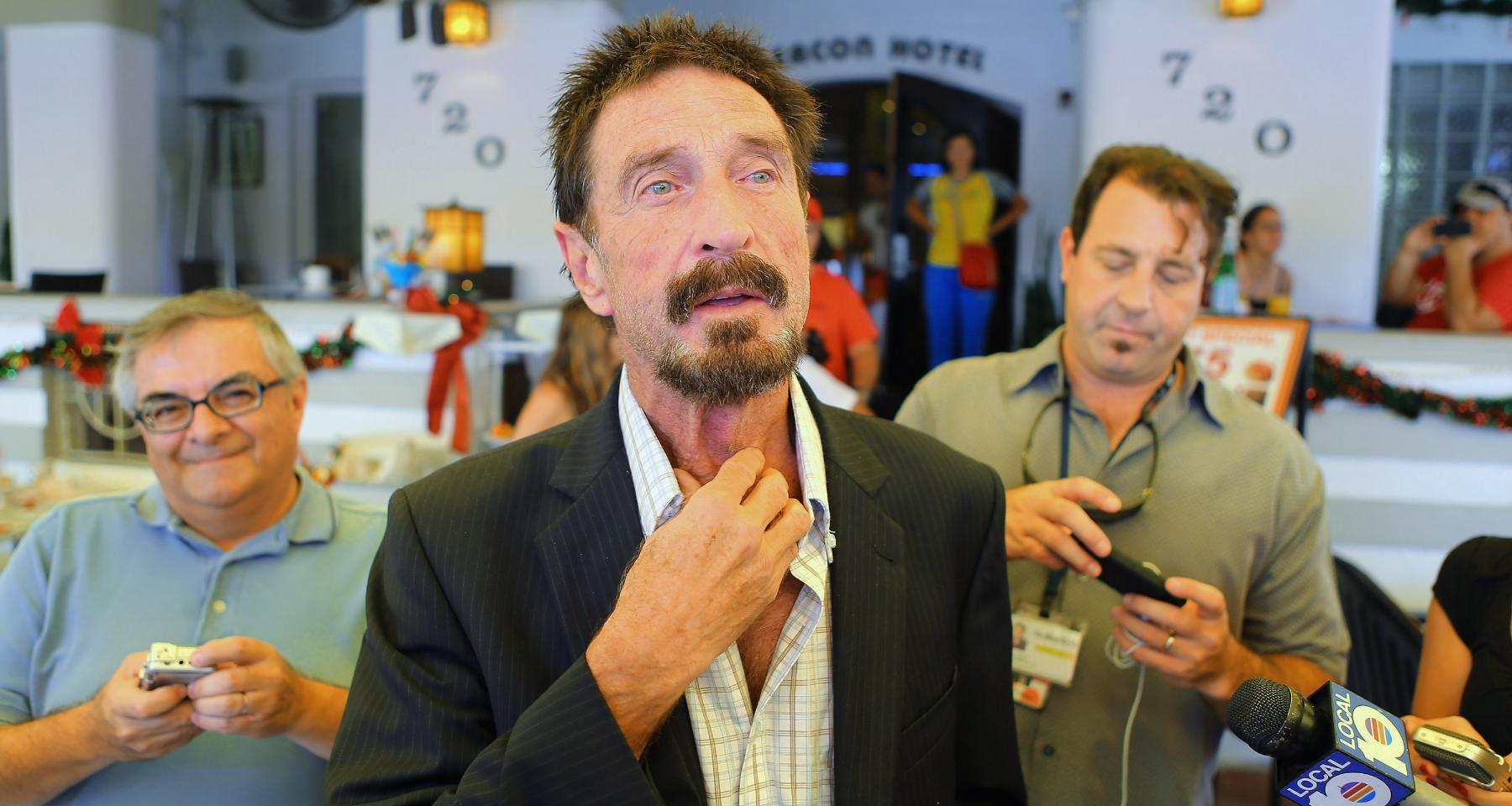 On October 3, 2018, nearly every cell phone in the United States received a daunting message, which was a test of the national Presidential Alert system. What ensued was concern, memes, and questions about privacy. Anitivirus software pioneer John McAfee caused a bit of a panic when he tweeted about security concerns regarding the Presidential Alert and E911 system. Before you get alarmed, we’ve explained certain details about John McAfee’s Presidential Alert tweets.

British-American computer programmer and businessman John McAfee campaigned in the 2016 presidential elections on the Libertarian ticket. Although he didn’t win, he set his sights on the next elections.

Since his presidential ambitions were ignited, McAfee has displayed outlandish Twitter activity, much like the current POTUS.

In the aftermath of the Presidential Alert test, John McAfee tweeted that the alerts can access the E911 chip in our phones. That, in turn, can give the carrier full access to data on our phone, according to him.

Now, everyone is talking about John McAfee’s E911 chip tweet.

The "Presidential alerts": they are capable of accessing the E911 chip in your phones – giving them full access to your location, microphone, camera and every function of your phone. This not a rant, this is from me, still one of the leading cybersecurity experts. Wake up people!

McAfee went on to reply to some users’ queries. In response to whether there was any way to prevent this, McAfee said to use phone models that are older than five years.

Find a phone that is 5+ years old and use only that.

But his tweet raised more questions than answers. What is the E911 chip and can it really be accessed by the Presidential Alert system? Who is the “they” and “them” he’s talking about?

Weren’t they already doing that though?

How Does the Presidential Alert System Work?

There’s no way to opt out of receiving Presidential Alert messages. You can, however, turn off AMBER Alerts or weather notifications on your phone. But If your cellphone is turned on and has at least one bar of reception, it’ll get a Presidential Alert.

Whatever jokes the Internet is making about President Trump sending texts to every phone in the country is slightly off the mark. This system has been in the works for decades and developed according to technological advancements. It’s not the president messaging you per se, but FEMA.

Naturally, there are concerns about the government sending you a text message whether you like it or not, especially in the generation of WikiLeaks and Cambridge Analytica. The fears of it being misused —as it happened in Hawaii a few months ago—is daunting.

There’s no way for the WEA system to dig into your phone’s data and transmit information to the sending party.

McAfee doesn’t specify who is getting our information exactly, but our phones send data to mobile carriers regularly. It’s just not through the WEA.

Apps that politely ask permissions to access our location and data are more concerning than the WEA accessing the E911 system.

McAfee is not wrong when he says that he’s the leading cybersecurity expert in the world. But he’s incorrect about the “E911 chip.”

There’s no such thing as an E911 “chip.” In actuality, it’s the E911 system or the Enhanced 911 system. It has to do with 911 dispatchers pinpointing the location of a 911 caller to send emergency responders.

Every phone in the country has the E911 function from the manufacturer’s end. But even then, it’s subject to certain conditions. The 911 dispatcher requires certain details for the service provider to give access to the phone’s location via GPS.

Furthermore, the WEA system for AMBER and Presidential Alerts is completely different from the E911 system. While the WEA system is designed for one-way broadcast to cell towers, E911 uses the built-in GPS in the 911 caller’s phone. Neither system can access a phone’s camera or microphone.

The E911 system has privacy concerns outside of the WEA system. Law enforcement agencies have used it to accurately pinpoint the location of a person, but they are only allowed to do so with a warrant.

McAfee is an expert in this field (eccentric tweets notwithstanding). So, he may be talking about the bigger picture here.

They say I don't have the public reach to run for POTUS, citing Trump's 50 million Twitter followers vs my 800,000. It's influence that counts, not numbers. Yesterday, my tweet had almost 30,000 retweets. Trump's retweets were minimal. I will reach the people. Believe me: pic.twitter.com/CAYPjRpIex