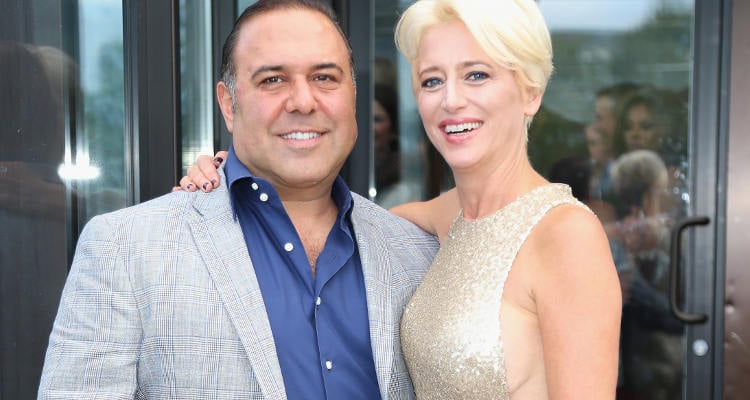 If you’re a Hollywood Star or a celebrity in New York City and you have a problem in the middle of the night, who you gonna call? You will call John Mahdessian, known as the Hollywood celebrity problem-solver. He is known in elite Manhattan circles as the man to go to if you want anything done. Sounds like a page straight out of The Godfather, doesn’t it? It’s true. Mahdessian is known as the man who knows just about anyone and can get anything done. Whether it’s broke or not, Mahdessian will fix it. After being with long-time girlfriend (and star of The Real Housewives of New York City) Dorinda Medley, many are asking, “What is John Mahdessian’s net worth?” It is a cool $5.0 million. Just check out John Mahdessian’s wiki page on the net.

Did you know that Mahdessian is among the top dry cleaners in New York City? He runs his own dry cleaning organization called Madame Paulette, an Upper East Side company. According to a  friend of Mahdessian, the man can get you anything you want, even if you want an elephant at 1:00 a.m. in the morning, just call Mahdessian! He knows who to call and he will get you an elephant. This is, of course, an exaggeration, but it makes a strong point. Mahdessian is so well connected that he can get a things done, most of which would normally seem impossible.

Mahdessian knows everyone in Hollywood, one of the reasons being because of his highly successful dry cleaning business. Mahdessian serves everyone from Madonna to Steven Spielberg to the fashion editors at Vogue! Mahdessian is a person who wants to be a power player by serving highly established power players, and his dry cleaning service has helped him achieve some status amongst celebrities. Some of his work is already legendary. When 80 gowns of the late Princess Diana were to be auctioned off for charity, his company Madame Paulette cleaned them. When Melania married Donald Trump, she wore a $250,000 dress by John Galliano, and they called Mahdessian to be there, just in case a cleaning emergency were to occur!

Part of the Elite

John Mahdessian’s Madame Paulette is indeed a part of an elite group. It is just one of the four white-gloved dry cleaning businesses that are run in New York City. The other three namely, Jeeves of London, Meurice Garment Care and Hallak Cleaners are very discreet and secretive about their exclusive services. Mahdessian, on the other hand, is known to talk about his contacts and the things that he can get done. In an interview in 2009, Mahdessian did some major name dropping and said, “Everywhere I go, I usually know someone.”

Mahdessian grew up in Little Neck, Queens in New York City. His parents are Armenian. His father owned and ran Madame Paulette for more than three decades. Then John, being his eldest son, took over. He had a gift for the business and quickly expanded it. Today, Madame Paulette will cleaning anything from furniture to a private plane! What’s great is that his business runs 24 hours a day, everyday of the year. He claimed that he had restored Eva Longoria’s wedding dress, Joe DiMaggio’s jersey and has served princes and princesses, even in the middle of the night.

He is in the news today because he provided an NYPD escort to singer P. Diddy Combs, when he had to make a quick trip within NYC. His helicopter did not get permission to fly, so Mahdessian used his NYPD contacts and got a police car to escort P. Diddy to where he wanted to go. The Mayor has taken objection to this, saying that the police should treat everyone the same and the singer should not have gotten the police escort. Helping people is a nice thing, but bending the rules has gotten Mahdessian in trouble. Now, it remains to be seen how he will handle his own dirty laundry being aired in public.