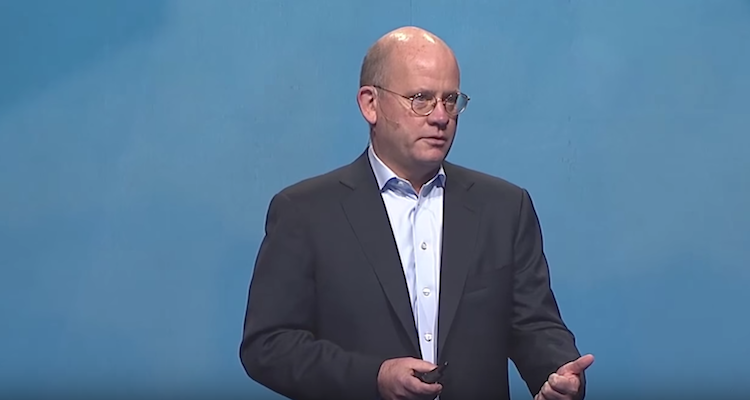 If you haven’t already heard, John Flannery is General Electric’s new chief executive officer. With Flannery set to take the reins of the Fortune 500 company, people want to know more about the new CEO. So, if you’re interested in more details, then here’s everything you need to know with our John Flannery wiki.

John L. Flannery is 55 years old and he grew up in West Hartford, Connecticut. He earned a Bachelor of Science degree in Finance from Fairfield University, followed by an MBA from the Wharton School at the University of Pennsylvania.

Now that GE has a new leader, people are searching for John Flannery’s wife and John Flannery’s kids. There’s not much on them, since they have stayed out of the public eye for most of his career, with the rare exception of being mentioned a few times. Flannery’s wife’s name is Tracy and they have a daughter named Morgan and two sons named Matthew and Tim.

There’s no exact amount confirmed for Flannery’s net worth, but we wouldn’t be surprised if it were in the high millions. Flannery is basically the Jay-Z of the business world and he’s been known to make it rain. He is replacing GE’s retiring CEO, Jeffrey Immelt, 61, which will be effective on August 1. Flannery will also take the role of chairman on January 1, 2018. Flannery was previously the president of GE Healthcare and will be replaced by Kieran Murphy.

John Flannery started his career at GE back in 1987, where he focused on the risk of leveraged buy-outs. He quickly became known for his negotiating skills, positive results, and the ability to increase company operations. Making a lot of money for the company didn’t hurt either, and as in any job, it’s always about the money, isn’t it? In 1997, Flannery moved to Argentina, where he successfully led GE’s Equity business in Latin America and the overall GE Capital business in Argentina and Chile. Immelt was known for steering the successful conglomerate through the recent financial crisis, despite the fact that the company’s shares have dropped by at least 29% and have risen by 3.6% in premarket trading since Flannery’s appointment to his new position. According to a GE statement, Flannery also engineered the turnaround of the healthcare business and increased revenue by 5% and margins by 100 basis points. GE’s Healthcare sector is an $18.0 billion business unit of the General Electric Company. Flannery has traveled the world in the name of GE and has always proven his worth and dedication to the company. From acquisitions to negotiations, John Flannery is always on target when it comes to business, and as the new CEO of GE, they couldn’t be in more capable hands.