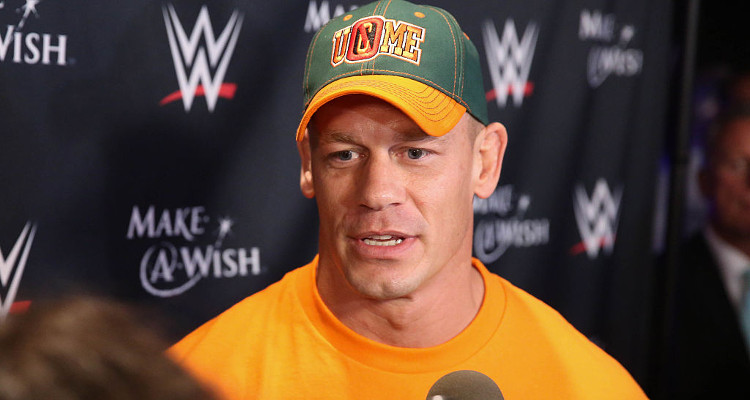 WWE star John Cena managed to land a big role alongside comedian buddies Tina Fey and Amy Poehler in the new Sisters movie, which hits theaters tomorrow (December 18). To make the most of it, the wrestler-turned-actor has been busy promoting the film on social media. But his latest tweet encouraging people to go see the movie this weekend actually left some people scratching their heads.

Cena tweeted, “If you’re around the theatre this weekend, go see the movie with an ‘S’, ‘T’, and ‘R’ in the title. See you at #Sistersmovie [sic].” Here’s the problem, though; the movie just happens to come out on the same weekend as another huge blockbuster—Star Wars: The Force Awakens. (Notice how the two films share three common letters?)

If you're around the theatre this weekend, go see the movie with an "S", "T", and "R" in the title. See you at #Sistersmovie

You can’t help but wonder if Cena did it on purpose. After all, had it not been for that “Sistersmovie” hashtag at the end of his tweet, most people would probably assume he was talking about Star Wars instead of his own movie.

Whether or not it was intentional, it obviously didn’t take long for followers to catch on. As one followers pointed out, “Bad weekend to have a movie not named Star Wars.”

Despite the stiff theater competition this weekend, the Sisters movie still stands a chance of faring well at the box office, just because of its standout cast—if the last two Golden Globe Awards were any indication, Poheler and Fey’s comical chemistry on the big screen is going to be a riot.

Cena will be embracing his tough guy image to play “the bad boy” Pazuzu in the movie, according to a short clip he shared on Twitter earlier this week. In the trailer, which you can watch below, Tina Fey’s character, the wilder of the two sisters, describes Cena as “the type of badass that I’m susceptible to.” He definitely looks the part with his muscles and fiery neck tattoos on full display.